If you’ve been looking for a new mentor, consider reaching out to Gwyneth Paltrow. The actress, conscious uncoupler and Goop superstar is teaming up with Bumble to host an exclusive event in Los Angeles for their new offshoot, Bumble Bizz, later this month. Unfortunately, it’s less than likely you’ll be able to brush shoulders with the jade egg fan. If this celebration is anything like their infamous New York dinner, it will be an invite-only and celebrity-studded affair.

Bumble Bizz, a separate section on the original dating app, which launched on October 2. It’s meant to offer the opportunity to network from your phone, swiping through eligible prospectives in interesting industries. Think LinkedIn meets Tinder, only for female-focused networking.

As it recently launched, it’s unclear if people are fully utilizing the app yet. After all, while Bumble BFF was an interesting idea, it led to awkward coffee dates and unexpected requests for threesomes. Hopefully, Bumble Bizz will entail far less awkward encounters and zero tiger photos. Like the original app, women all make the first move in initiating conversations.

Bumble’s founder Whitney Wolfe Herd, who helped launch Tinder (and recently had an epic wedding celebration), is pulling out all the stops to roll out the app. Her New York launch parties featured appearances from Princess Beatrice, Kate Hudson, Leandra Medine, Priyanka Chopra and Karlie Kloss, along with a performance from Fergie. The Los Angeles event is set to be just as A-list, as it’s going to be hosted by Paltrow, alongside Erin and Sara Foster.

“I’m honored to support women like Whitney, Erin and Sara, who are building businesses and inspiring other women to achieve their professional goals,” Paltrow said in the press release. There’s no date yet for the launch party, so there’s still time to cross your fingers for an invite—to guarantee one, simply start networking. 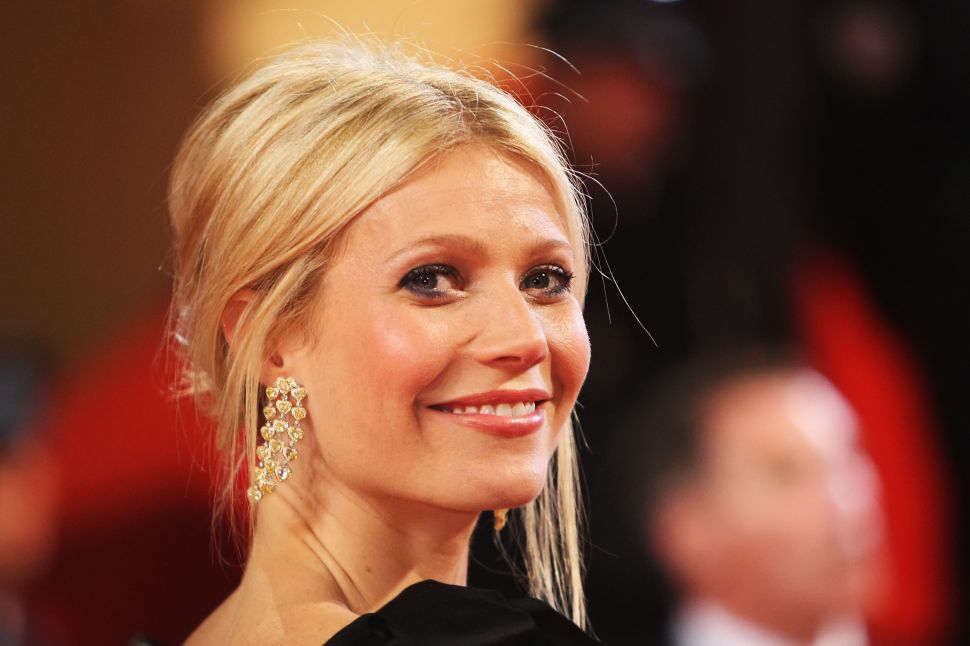