The stone in question, named “The Raj Pink,” is the world’s largest known diamond in the “intense pink” group, a rare color spectrum. The auction house had estimated the cushion-shaped stone to be sold for between $20 million to $30 million, but the bidding stalled at $14 million.

The stone was discovered in South Africa in 2015. Despite the size, experts say a lack of history made it a hard piece to sell. “It was a modern, recent stone and not a 10 out of 10 in terms of its color and form. It had no history,” Eric Valdieu, a Geneva-based jewelry dealer who formerly worked at Christie‘s, told Reuters after the auction.

Naturally-colored diamonds get their hues from impurities that accidentally interfere with crystal formation, which is mainly carbon, hundreds of miles deep in the earth. For example, nitrogen would make a stone appear yellow, and boron would make give it a blue tone.

However, scientists have yet to find a plausible explanation for the pink color, which makes it the most coveted kind by diamond collectors.

Pink diamonds hold both the record price for a single gemstone and the record per-carat price. In addition to history, color intensity also greatly affects value.

In April, a 59.60-carat stone called  named “The Pink Star,” classified as “vivid pink,” the most rare kind, was sold for $71.2 million at a Sotheby’s auction in Hong Kong, making it the most expensive gemstone ever traded.

Sotheby’s is having another jewelry sale in Geneva on December 14. 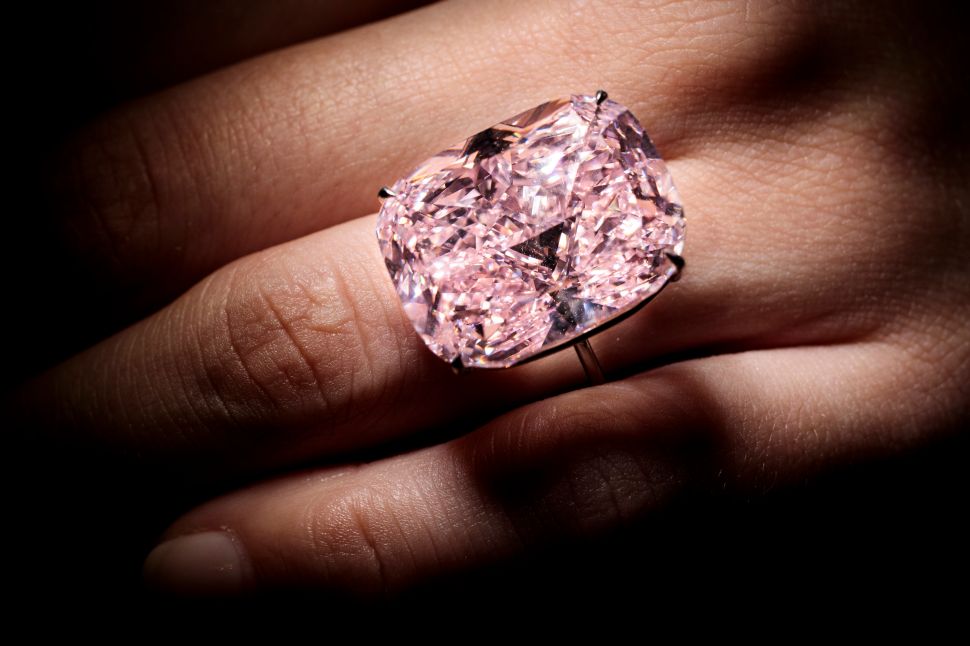