CNBC said in a report that arresting Prince Alwaleed is “like arresting Warren Buffett or Bill Gates in the U.S.”

Forbes estimated Prince Alwaleed’s net worth at $18.7 billion before the arrest was made public on Saturday. Hours after the news broke, the share price of Saudi-listed Kingdom Holding Company, of which Alwaleed owns 95 percent, plunged by 10 percent, causing a $2 billion contraction in his net worth.

Kingdom Holding is a $33 billion conglomerate founded by Prince Alwaleed in 1980. It’s one of the largest private investment companies in the world, with investments across a wide range of industries and geographies, including American companies large and small.

Here is a list of U.S. companies Prince Alwaleed has significant stakes in, and the year he invested:

Twitter, 2011 — Prince Alwaleed raised his Twitter stakes in 2015 to 5 percent. He is the second largest shareholder of the company.

Lyft, 2015 — Prince Alwaleed, along with General Motors and other nine investors, chipped in $1 billion in Lyft’s series F capital raising. 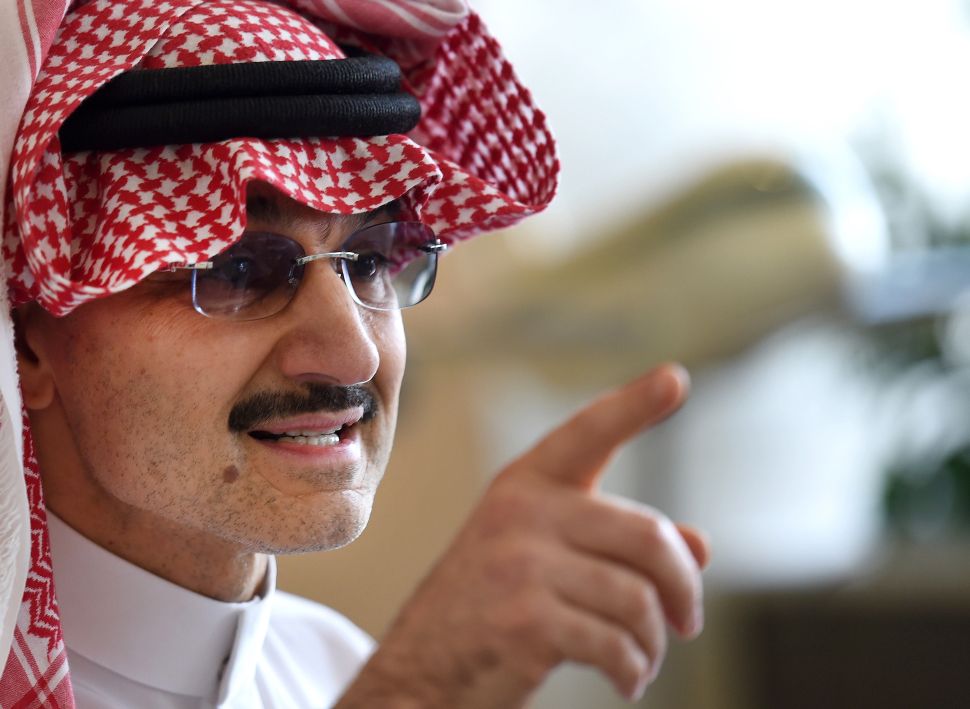