During a three-and-a-half-hour speech to mark China’s five-year congress in Beijing, President Xi Jinping laid out his vision for the nation’s future. Xi spoke at length about economic concerns troubling Chinese leaders, including problems with medical care, education, employment, and a growing income gap.

President Xi’s speech was by no means negative, though the hints of pessimism were unusual during a weeklong event designed to build confidence in the Chinese Communist Party. His opening remarks came mere weeks after rating agency Standard & Poor’s downgraded China’s credit rating because of rising debts. Chinese officials have slammed the downgrade as a “wrong decision,” but there is evidence to suggest the nation’s economy is not the powerhouse it seems.

I recently spent two weeks visiting China to attend several economic conferences. Aside from its magnificent scenery, what really struck me was the amount of development underway. Massive tower cranes dominate city skylines, and it’s not unusual to hear the clamor of construction at all hours. The country has an endless slate of infrastructure projects, including high-speed railways, bridges, and grand architecture.

It might look like a prosperous economy growing at warp speed, but these projects are not representative of genuine growth. This construction is commonly the result of cronyism in which investors, builders, and other players are “insiders” who profit from politically directed and supported clout.

Despite a flurry of construction, many of these structures are notably desolate. When you stroll through China’s large cities at night, dark skyscrapers tower over the metropolis, with nary a twinkling light from employees working late into the evening. Entire residential areas sit lifeless and lightless, casting an eerie vibe over a seemingly booming city.

These empty structures are emblematic of the Chinese economic miracle everyone loves to talk about. While it looks impressive at first glance, the hollow reality is apparent upon closer inspection.

Many of China’s problems stem from its lack of entrepreneurship and sustainable value creation. Contacts with the Communist Party and ruling politicians carry significantly more weight than actual value creation, and consumers have little say in which projects get priority. China’s economy is indeed liberalized, but it’s still far from a free market.

Government officials can shut down entrepreneurs at any time by revoking licenses or permits, and businessmen must navigate a complex web of licenses, permits, hierarchies, and personal contacts to stay in business. Entrepreneurs I spoke with said membership in the Communist Party and contacts in positions of power are necessary for any level of success. Anyone who does not benefit from special favors struggles to compete with businesses that do. This level of state control over business extends to a Ministry of Land Resources that sets strict development quotas, at times working directly against the interests of entrepreneurs.

Beyond the reality of a stifling government, the way we measure China’s growth creates a false narrative. Chinese officials have single-minded goals of increasing gross domestic product rather than developing the country’s ability to create value.

I’ve heard tales of Communist Party officials commissioning unnecessary infrastructure to boost GDP while ensuring it’s built shoddily enough that necessary repairs will fuel yet another GDP bump. The state builds monuments without actual value or significance — or failures like the Ring of Life in Fushun — to artificially inflate GDP. China’s growth is driven by infrastructure, but service-centered industries have seen minimal change.

Rather than measure China’s growth in GDP against Western economies or its own performance before liberalization, the proper comparison is to what the Chinese economy could look like if the wet blanket of the state were removed. Compared to growth potential, the current growth is neither impressive nor resilient. At some point, the high financing costs that companies and homeowners bear will sap activity.

Regardless of what happens in China, Americans are obsessed with the outcome. Numerous politicians seem scared of the growing Chinese economy, but the true threat stems from a China that is increasingly less open, less hospitable, and less of a market economy.

President Xi has consolidated power and increased centralization as part of his mission “against corruption.” What that actually means is ensuring the state has an increasing amount of control through vigorous laws and sustained enforcement.

The Communist Party is able to scrutinize even relatively minor expenses, which creates unique problems. I haggled for months when a university’s state representative reneged on a promise to cover my travel expenses for attendance of an economic conference last fall. It wasn’t until I sent a rather nasty email to university higher-ups that they eventually fulfilled their commitment, though I’ve been told it was only because I’m a foreign “dignitary.”

The political implication of growth in China — even the mirage of growth — is disconcerting only because it strengthens the nation’s influence in international politics. More economic wealth means more money to use for weapons and potentially imperialistic offensives against other countries. Instead of emanating from true economic growth, this house of cards is built through the Communist Party’s power over the country and its economy.

The nation’s growing international influence through offshore investments and projects such as the “One Belt, One Road” initiative mean many governments depend on continued support from China. The government has taken a page from the U.S. playbook by using economic influence to promise development that creates indebtedness and puppet regimes. When an economically hollow player like China becomes intertwined in the finances of countless countries, it has the potential to create a global catastrophe.

The Boom Before the Bust

China’s superficial financial markers might indicate a nation on the rise, but the Communist Party will not be able to boast about a booming economy in perpetuity.

There’s plenty of investment being made in China, but relatively little of it is in the interest of consumers. Rather, the Chinese state’s grand projects are intended to boost GDP statistics and support the cheap production of goods for foreign consumers. Growth in China is essentially contingent on Western consumption. Truly sustainable growth, in contrast, arises from the production of goods and services that people voluntarily purchase, ultimately facilitated by free competition and entrepreneurship.

This will only exist in China when the government uses its power to carry out comprehensive economic reforms to transition the economy to a free market. When that day comes, people everywhere will be able to celebrate a world where China’s wealth is interconnected with other economies in a mutually beneficial exchange — ideally without any fear of political fallout. 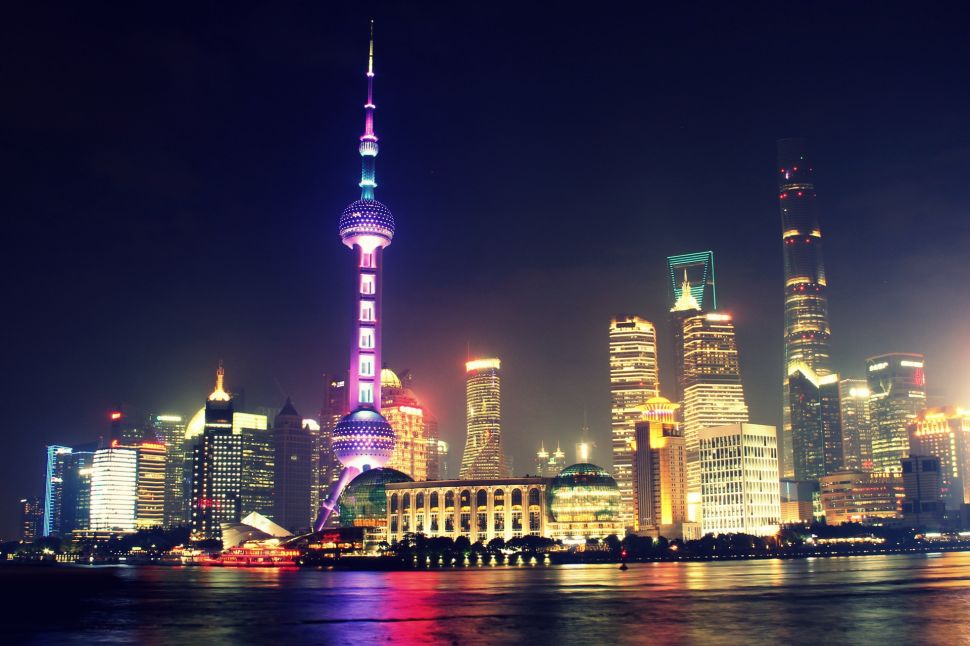