Because no one had even seen a trailer for it yet, it was hard for us to consider Steven Spielberg’s The Post in our Way Too Early Oscars Predictions back in October. But now not only has the first trailer dropped, but 20th Century Fox has actually screened the hard-hitting journalism movie for critics for the first time. Anything that involves Spielberg, Meryl Streep and Tom Hanks is going to immediately generate Oscars buzz given the prestigious track records of those main players. But does the finished product live up to the hype?

The Post follows the Washington Post‘s first-ever female publisher, Katharine Graham (Streep), and editor Ben Bradlee (Hanks) as they grapple with the legal consequences of attempting to publish the Pentagon Papers. Though the official review embargo is still in effect, the social media embargo has lifted, meaning critics have begun sharing their first thoughts on the film online. According to this first wave of responses, not only is The Post arguably Spielberg’s best film in a decade, but it’s also yet another awards-worthy performance from Streep. Not everyone agrees, of course, but the general consensus seems to be that The Post is yet another winner.

Check out all of the reactions below:

Meryl Streep is almost *Holly Hunter in Broadcast News good* in this movie. ALMOST. not quite. BUT ALMOST.

Good performances and the all important relevant topic, and it is hella entertaining! Bring the whole fam!

(But actually do that last part)

Also, whether I'm objective or not, I will say that what Meryl Streep does in this movie, building a narrative about her character with each line, move, and gesture, is, even by her standards, astounding.

I pretty much loved THE POST. Streep: Her best perf in years. Hanks: Delightfully irascible. The rest of the cast: Great. I expected its depiction of journalism to feel vital & sentimental. I did not expect Spielberg to make his first overtly feminist film since The Color Purple.

THE POST, as everyone else is saying, is dynamite. As good as THE PAPER? As good as LINCOLN? I dunno. Probably. Streep has multiple line-readings that remind you why she's Meryl Goddamn Streep.

for serious: I yelped and shrieked aloud a handful of times. at one point I grabbed @jhoffman’s knee with my whole hand. it’s another entry in Spielberg’s worship of PROCESS and I adore it

The Post is a reminder that Spielberg is a pro like no other. Pentagon Papers changed everything. It was a time not unlike today – similar forces at work. Everyone at the top of their game here.

Steven Spielberg's "The Post" is a timely look at the importance of journalism. Hanks rips his role to shreds while Streep shows up with an angelic grace. Kaminski's camera work & Williams' score are standouts. First 30 mins drag but comes home by the end. A crowdpleaser #ThePost pic.twitter.com/xGP4fosvj7

#ThePost: "The press was to serve the governed, not the governors." This isn't quite the best film of the year, but it might be the most important. A stirring, far too relevant defense of a free press from Spielberg & co. Streep, Hanks and Bob Odenkirk knock it out of the park.

THE POST: a film about the 70s which speaks so much about today. The freedom of the press, sexism in the workplace. Thrilling, fascinating & inspiring. Listening to Streep + Hanks + Spielberg + screenwriter Liz Hannah 🙌 pic.twitter.com/kbAgBBxsgH

We wouldn’t go nearly as far as to say that Spielberg has been on a cold streak of late. But his filmography since 2008 has been dotted with quite a few *shrug* entries. Perhaps The Post is what gets his mojo going again. As for Streep, it sounds as if she’s a shoo-in to nab her (does a double take) 21st Oscar nomination. Hanks, surprisingly, has not been nominated since 2001’s Cast Away. 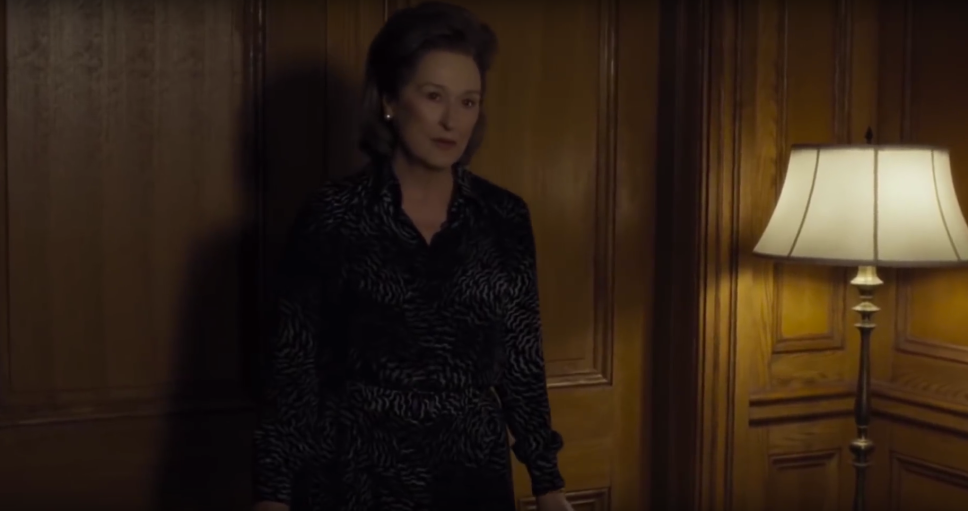