Sen. Bob Menendez is poised to run for re-election after surviving his corruption trial, but he could be carrying a lot of baggage after years fighting bribery charges.

That cloud hanging over his head could embolden some Republicans to challenge Menendez in a state where the GOP last won a Senate seat in 1972. Registered Democrats outnumber Republicans by 880,000 in the state, a number that has been growing.

Whether Republicans have a serious shot at ousting Menendez depends largely on whether the federal government decides to retry the case against the senator, said Matt Hale, political science professor at Seton Hall University. Hale said it would be difficult — but not impossible — to mount a campaign while on trial.

“Once the government says yes or no that changes the landscape,” Hale said. “I think most voters have a pretty short memory. I also think Senator Menendez, if they decide not to refile, can actually make an argument that would resonate with a lot of voters, that the government was picking on him.”

Here are a few Republicans who could make a run for the U.S. Senate seat next year:

Ciattarelli (R-Somerset) impressed many this year when he ran a strong gubernatorial primary campaign against Lt. Gov. Kim Guadagno. He won party-line ballot placement in a few Republican strongholds, including Burlington and Somerset counties. Some Democrats said the November races would have been tougher for them with Ciattarelli at the top of the Republican ticket since, unlike Guadagno, he could not have been branded as a Christie Republican.

Ciattarelli told Observer Friday that he hasn’t ruled out running for the U.S. Senate. But he said the Republican Party must rebrand itself before it starts considering candidates to challenge Menendez.

If the party doesn’t rebrand, a Republican run for the Senate would simply “be another loss,” he added.

Ciattarelli didn’t run for re-election to the Assembly in order to mount his campaign for governor. His term expires in January.

MacArthur (R-3) has won two congressional races by double digits in his South Jersey district, which was carried twice by President Barack Obama and by President Trump in 2016. He made millions in the insurance industry and spent around $5 million of his money on his first run for Congress, meaning he would likely have the resources for a statewide race.

A source close to MacArthur said it’s “very unlikely” he would run for U.S. Senate, though “it’s not entirely off the table.” MacArthur is enjoying being in Congress and in the middle of some of the nation’s top issues, this person said. The congressman played a prominent role in the Republican effort to repeal and replace the Affordable Care Act, and most recently, was part of negotiating a GOP tax overhaul that passed the House on Thursday. MacArthur was the only member of New Jersey’s congressional delegation to vote for it.

His involvement in those issues could harm MacArthur in a statewide race in New Jersey, where Trump is deeply unpopular and where taxpayers could send more money to the federal government if the House tax bill becomes law.

Guadagno, the Republican nominee for governor, was easily defeated by Democrat Phil Murphy last week. Republicans asked about her Senate prospects this week reacted with a mix of groans and loud nos. But she does have experience fundraising and running statewide, twice with Gov. Chris Christie and once on her own.

Guadagno laughed when asked Friday if she’d consider running against Menendez. “I think right now I’m going to finish my job. Finish strong. Finish doing everything I love to do,” she told Observer while leaving a graduation ceremony for Department of Corrections officers.

Kean (R-Union) tried to take out Menendez in 2006 and lost by 9 points. At the time, he ran a campaign portraying the New Jersey Democrat as a corrupt politician, a strategy that could be more effective in 2018.

Kean has solid statewide name recognition as one of New Jersey’s top elected Republicans. As the leader of his caucus, he is frequently fundraising. And he is the son of one of the state’s most popular governors, Tom Kean Sr.

Kean did not return a request for comment Friday.

Webber told Observer Friday that he hasn’t decided whether he will run for U.S. Senate in 2018. He said Menendez is weakened by the corruption trial, so the race could be competitive.

“I don’t know who will step up,” Webber said. “Whoever steps up needs to do it with an aggressive, principled campaign. They have to reach out to people beyond our party, but they can’t abandon our party’s principles in the process.”

Sen. Michael Doherty (R-Warren) is one of the state’s most conservative lawmakers and supported President Trump in the 2016 election. He has been critical of Christie. There was speculation that he’d challenge Menendez in 2012, but he didn’t jump in the race.

Biotech executive John Crowley is once again considered a possible Republican candidate for U.S. Senate. The chief executive of Amicus Therapeutics is famous for finding a treatment for his children’s genetic disorder, which was the basis for the movie, “Extraordinary Measures.”

Conservative radio talk show host Bill Spadea was the Republican nominee for Congress in New Jersey’s 12th district in 2004. The Republican strategist has a high-profile with his drive-time morning radio show on NJ 101.5 and as a television host at Chasing News. 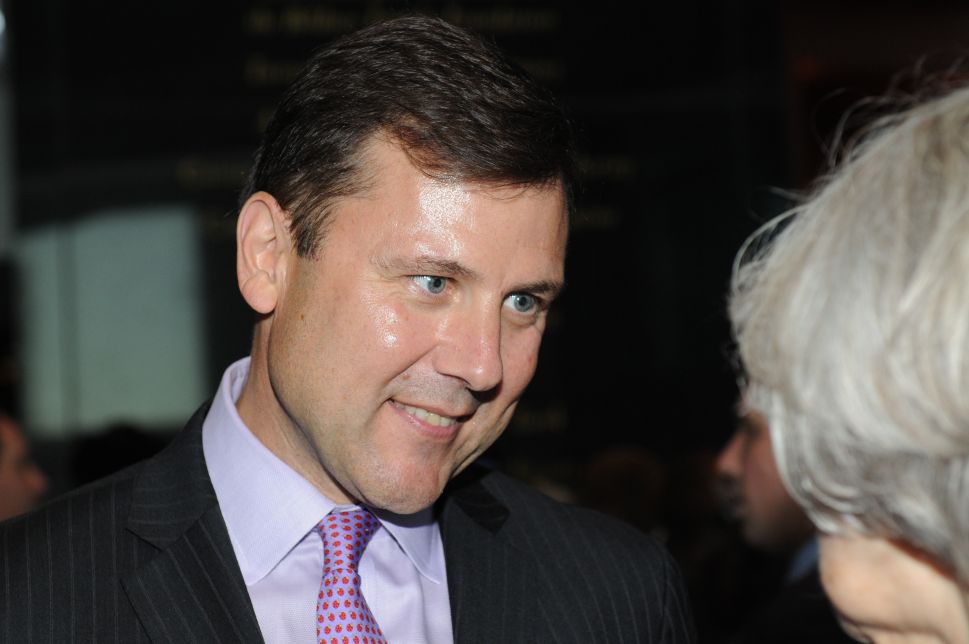