If you’re an avid US Weekly reader, it might appear that there are only about a dozen single people in Hollywood, as they all date each other. It’s like six degrees of separation with Kevin Bacon, only for influencers with a penchant for fit tea and waist trainers, where Scott Disick is the connecting factor.

Here, we prove that theory. After Selena Gomez and the Weeknd dated for about a year, they broke up and she was spotted back with her ex-boyfriend, Justin Bieber, almost immediately. Now, it looks like the Weeknd wants revenge, and is using his party monster ways to get it. While Justin Bieber and Selena Gomez have been attending church twice in one day—apparently, the new couple has a lot to repent for—the Weeknd has been parading models around.

The Weeknd was caught canoodling with Bieber’s rumored ex, model Yovanna Ventura. He was even spotted holding hands with the model, which is almost as serious as becoming Instagram official. According to an Us Weekly source who saw The Weeknd in action, “He was parading her around. He was trying to make it obvious that he was with someone. They were pretty affectionate and were together the entire night.”

The potential new couple was snapped at a birthday party in Beverly Hills for French Montana (who dated Khloe Kardashian, whose sister Kourtney Kardashian was rumored to have dated Bieber—and to make everything more confusing, The Weeknd previously dated Bella Hadid, a close friend of the Kardashian/Jenner family). It’s all very Degrassi, only Drake is slightly less involved—although he’s rumored to be hooking up with Hadid and feuding with The Weeknd because of it.

The Weeknd and Ventura were also seen leaving Hyde nightclub together in the back of an SUV, much like Leonardo DiCaprio and his model friend, 19-year-old Juliette Perkins. And there’s another Leo link—The Weeknd made sure to stop by Leonardo DiCaprio’s 43rd birthday with model Emily Ratajkowski.

Leo’s birthday was held at the Highlight Room, a rooftop club that opened above the Dream Hollywood hotel in Los Angeles and currently has two stars on Yelp. Of course, there were plenty of models milling about, leaving ample options for The Weeknd—but not all of them had been linked to Bieber in the past.

It looks like Bieber, Gomez and The Weeknd should all start writing for their next break-up albums…or maybe they can all just collaborate on one. 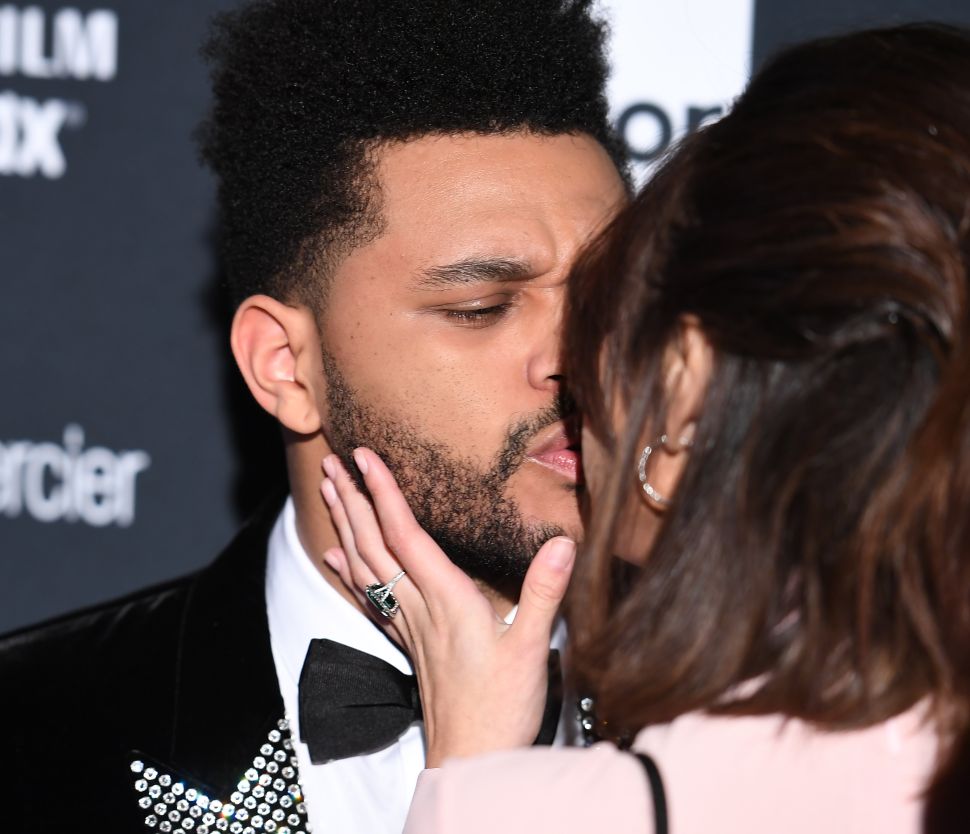