Hollywood has an unhealthy obsession with franchises these days; every studio is in desperate need of an IP title that can provide repetitive cash flow i.e. sequels. Don’t get us wrong, there are some absolutely great franchises out there. To quote How I Met Your Mother, “If you’re not [Star Wars] trilling it at least once every three years, the Dark Side wins.” But it’s not easy to get a film series up and running, just ask Warner Bros. amid the fallout from Justice League. To build a successful movie series, you need a steady combination of fan love, critical praise and box office profits. Then and only then can you start pumping out sequels, reboots and spinoffs.

But what does mass producing so many films around the same ideas and squeezing every last drop out of familiar characters do for the series? A new interactive data explorer from TotallyMoney looks at the rises and falls in quality of some of the most enduring franchises from the last 50 years, taking into account opening weekend box office earnings, and both critical and public reviews. Some of the findings might surprise you.

Taking into account the user scores on IMDb and the critics on Rotten Tomatoes, the top results in terms of films and their popularity may not line up with your own personal rankings. We don’t know how anyone could exclude the likes of The Dark Knight trilogy or Rocky from the top five, but it is what it is.

1.     Indiana Jones: The general public on IMDb rate Harry Potter and Indiana Jones equally with a score of 7.65/10 on average. But the all-powerful Rotten Tomatoes gives the Harrison Ford classic an edge over the Wizarding World by 1.37 percent, making it the most popular series of all time. Admittedly, watching Ford punch Nazis in the face makes for a delightful time and we hope to do it again with Indiana Jones 5.

2.     Harry Potter: The first book in the Harry Potter series was published 20 years ago this year, meaning it’s just about old enough to start swiping booze from J.K. Rowling’s liquor cabinet. Lucky for us and our age-based egos, the first movie is just 16, so we’re not that old yet. The film series earned an average rating of 84.63 percent on Rotten Tomatoes, with its highest-rated film being the Deathly Hallows Part 2 at 96 percent. Will Fantastic Beasts: The Crimes of Grindelwald come anywhere close?

3.     The Hunger Games: IMDb users marked the second film as this franchise’s peak with everything going downhill from there (cue the death canons). But it wasn’t a disastrous drop as The Hunger Games still earned a solid average of effectively 7.38/10 (if the Rotten Tomatoes score is converted to a figure out of ten). In earnings, however, the average opening weekend for each film was the highest in the research, and over $13 million higher than the next most successful, Jurassic Park. All hail Jennifer Lawrence.

4.     Mission: Impossible: Normally, a sequel is never able to top the original. However, Mission: Impossible hit its top scores on the fourth and fifth films—Ghost Protocol and Rogue Nation—with the former reaching 94 percent on Rotten Tomatoes, topping the scores of 95 percent of the films included in the research. As Tom Cruise commits himself to crazier and crazier stunts, more and more people tend to show up. While that’s great for ticket sales, it’s not so good for Cruise, who is currently recovering from a broken ankle.

5.     The Bourne Films: With all due respect to Jeremy Renner, he wasn’t able to carry the torch for Matt Damon in Bourne Legacy, which earned just a 56 percent on Rotten Tomatoes compared to 93 percent on the previous iteration in the series. Unfortunately, not even Damon himself was able to lift the franchise up back to prominence with 2016’s Jason Bourne: it scored even lower on Rotten Tomatoes and reached the same score as Legacy on IMDb, a disappointing 6.7.

For more inside knowledge, be sure to head on over to the interactive data explorer to compare franchises (Star Wars vs Star Trek, anyone?) and study their trends over the years or just check out the infographic below. 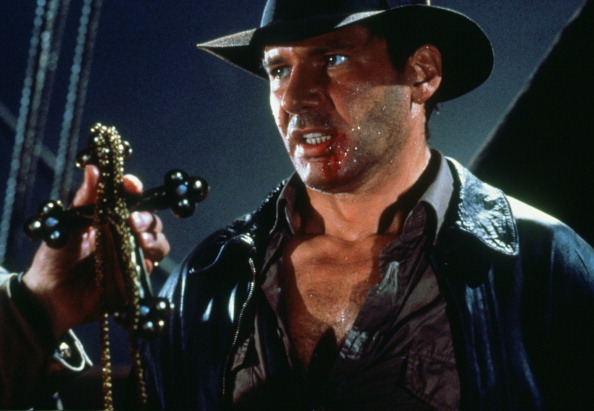