HBO’s True Detective is an enigma of a television series. The first season, which aired in 2014 and starred Matthew McConaughey and Woody Harrelson, was a phenomenon the likes of which TV rarely sees. Two A-list movie stars at the top of their games kicking off an anthology crime series; we were powerless to resist the show’s allure during its eight-week run. But then 2015’s second season, starring Rachel McAdams, Vince Vaughn, Colin Farrell and Taylor Kitsch, came along and, well…let’s just say success is often imitated, rarely duplicated (read: it was a hot mess). After a few years of hand-wringing and rumor slinging, HBO finally greenlit a third season starring reigning Oscar-winner Mahershala Ali. But we have no idea what to expect.

Ali’s involvement helps to build some much-needed buzz, but it’s hard to deny that the most excited TV fans have been about True Detective in the last few years was when McConaughey said over the summer that he was open to returning to the character of Rust Cohle. Given his haunting Emmy-nominated performance and palpable chemistry with Harrelson, you’d be hard pressed to find a TV junkie who wouldn’t want to see that again.

Alas, it doesn’t seem as if it was meant to be. Harrelson is apparently done with the Yellow King in his career. Here’s what he told Yahoo about a potential return:

“I don’t see doing that (again), because it went very well the first time and come back around to it, what else are you going to hear but, ‘Not as good! Just wasn’t as good. Boy, you guys were good before, but this time…’

I don’t want to even hear that.”

It was fun while it lasted…

But fret not, residents of Carcosa. Season three has the makings of a return to form. Creator and showrunner Nic Pizzolatto has been somewhat reigned in by HBO as Deadwood showrunner David Milch chipped in on the writing for season three. Green Room director Jeremy Saulnier will also be behind the camera, hopefully providing a singular vision like Cary Fukunaga did in season one. It’s disappointing to hear that we may never see Detectives Cohle and Hart again, but that doesn’t mean True Detective can’t regain its mojo.

With Game of Thrones ending after its upcoming eighth season, HBO is going to need more than just Westworld to pick up the slack. Let’s hope that True Detective can help out in that regard. 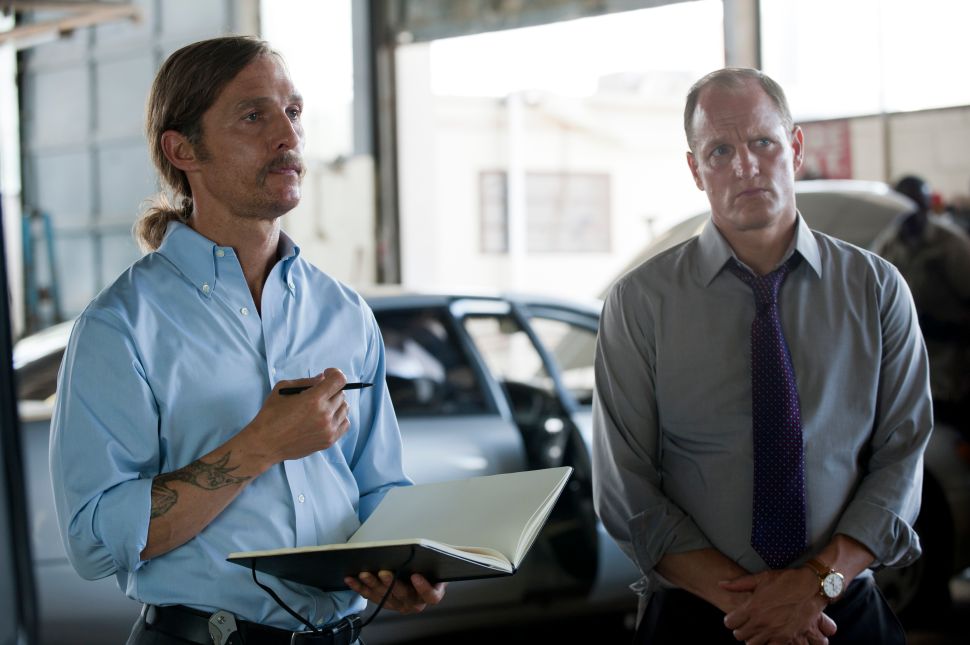