This week during President Donald Trump’s trip through East Asia one major issue has largely been forgotten: curtailing the Chinese military from assuming total control over the strategic South China Sea.

Trump arrived in Vietnam on Friday having just had a closed-door meeting with Chinese President Xi Jinping on the South China Sea. Neither leader took any questions from the media following the meeting.

The issue is the elephant in the room, so to speak, not just for the U.S., but for a number of coastal East Asian nations.

The Chinese view the body of as their historical territory and have strong armed regional governments in their sovereignty bids, many of which are decades old. Claims not just by the Chinese, but also by Vietnam, the Philippines, Taiwan, Brunei and Malaysia, to various archipelagos, shoals and territorial waters have been in the works for years.

But the Chinese have built military installations and even have various construction projects under way in the South China Sea, a point President Xi made as recently as October while addressing the Communist Party Congress.

Ely Ratner, the Maurice R. Greenberg senior fellow for China studies at the Council on Foreign Relations, told the Observer that while it may appear that Trump is disinterested in the issue, the administration is still developing a coherent policy on the South China Sea. What’s more, he said, the U.S. could be looking for a regional partner in helping counter Chinese expansionist goals.

“The administration is looking at Vietnam as a potential strategic partner in the region,” Ratner said. “They’re making an extra effort to visit with officials in Vietnam.”

Friday kicked off the Asia-Pacific Economic Cooperation (APEC) summit in Danang, but U.S. officials are also meeting with their Vietnamese counterparts to hold bilateral talks on issues such as the South China Sea. Ratner pointed out Vietnam was the only stop on Trump’s Asia travel schedule where such discussions were being held and in two different cities of the same country, pointing to the idea Vietnam seems like a viable option in laying the future groundwork of a policy strategy regarding the South China Sea.

It’s a tricky situation, too, and it’s no accident Vietnam and the Philippines were chosen as the last stops on the trip. Vietnam has been trying to complete facilities it’s building on the Spratly Islands and the Philippines won a landmark decision in UN tribunal in The Hague in 2016, setting the precedent for Vietnam and other countries with land disputes against China.

However, the Chinese ignored the Hague decision, even claiming they aren’t reclaiming any land at all, a statement made by the country’s foreign minister and backed bizarrely by the foreign minister of the Philippines. The Chinese even went so far as to accuse Vietnam of expansionism.

“But China’s own reclamation work did not end in mid-2015 with the completion of its artificial islands in the Spratlys,” according to a statement on Aug. 9 made by the Asia Maritime Transparency Initiative, an oversight panel formed by the Center for Strategic and International Studies. “Beijing continues to reclaim land farther north, in the Paracel Islands. The two most recent examples of this are at Tree Island and North Island in the Amphitrite Group. AMTI previously reported on work at these features, which has continued in recent months.”

Because there has so much shake up in Trump’s inner circle—not to mention the investigation into his connections to Russia—his administration has been late in formulating the right team to iron out a strategy on the South China Sea and have been playing catch up.

So for the first year of Trump’s presidency they’ve basically been following leftover aspects of President Barack Obama’s policy in the region, which is to support open commercial navigation through the Pacific and Indian oceans.

On Friday, Trump made a singular reference to this policy in a speech at the APEC summit, where he emphasized the need to preserve “freedom of navigation and overflight, including open shipping lanes” in the area.

According to Ratner, the South China Sea is becoming the planet’s key waterway.

“(Serving) as the main corridor between the Indian and Pacific Oceans, the sea carries one-third of global maritime trade, worth over $5 trillion, each year, $1.2 trillion of it going to or from the United States,” Ratner stated in the July/August issue of Foreign Affairs. “The sea’s large oil and gas reserves and its vast fishing grounds, which produce 12 percent of the world’s annual catch, provide energy and food for Southeast Asia’s 620 million people.”

Also serving as a distraction to handling the South China Sea more intensely has been it’s attempt to contain North Korea, Ratner said on Thursday.

The Trump administration has been “laser focused” on North Korea, “at the expense of everything else,” the analyst said. “There’s a chance that in the next few months we’ll see a better strategy coming out.”

Let’s hope so. As Ratner and various other South China Sea observers have pointed out, the ability for China to take control of the sea would tilt the balance of power in the region to their favor. But could tilt the entire Asian continent their way if they controlled a commercial waterway with so much commerce passing through it on a daily basis.

The best way for Trump to to befriend the Vietnamese is to strike a trade deal that makes them happy, competes with products exported by Beijing, and potentially develop a Naval station there to counter Chinese military vessels roaming the area. 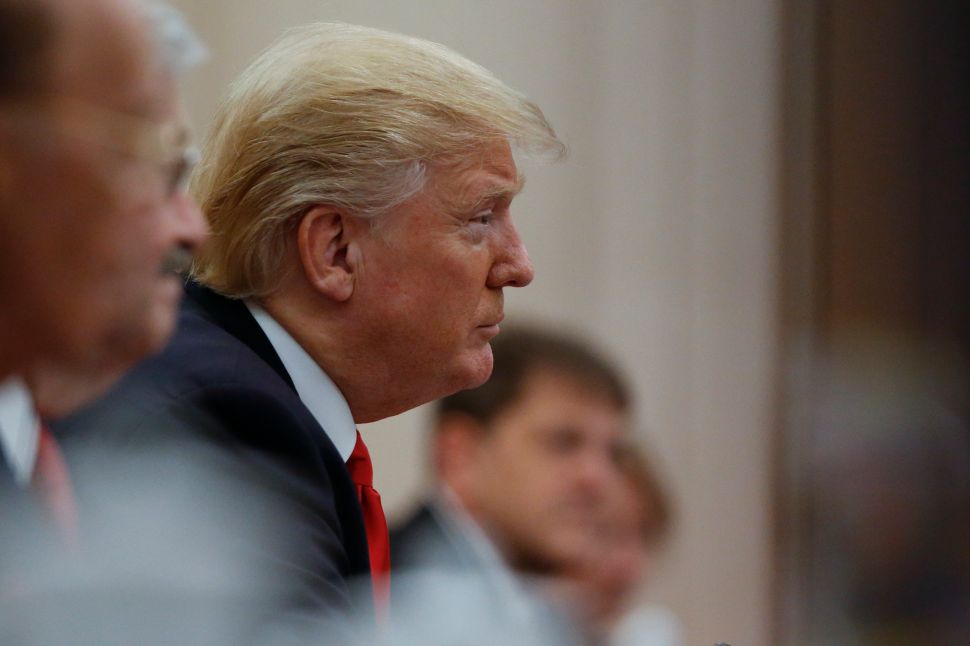