Democrats need to get our shit together, or we will squander the opportunity that Virginia and New Jersey handed us.

The first and most important step is to put 2016 behind us once and for all. I don’t care if you went all out for Bernie or supported Hillary. It’s almost 2018. If you keep fighting that war and repudiating last year’s other side for real or perceived slights—you’re a huge part of the problem. I don’t need to hear Hillary’s campaign spokesperson re-litigate the past any more than I need to hear Bernie’s campaign manager lash out at party chairs who haven’t been on the job in 17 months. In fact, there should be no Clinton or Sanders campaign left to issue statements or recrimination from, since both candidates lost the races their supporters and the country needed them to win. It’s sad and rage-inducing, but get over yourself and out of the way.

The next time a fallen party figure has a book to sell and seeks to capitalize by manipulating facts and reopening old wounds, just don’t respond. Ignore it, because we gain nothing. You may scratch a momentary itch, but it means another day that the scab doesn’t heal. And to all Democrats, from elected officials to operatives to voters: Unless you are moving the conversation forward, you are holding us back. That also goes for state-level party leaders who run to reporters to back-bite and snip, all based on those Bernie-vs-Hillary fault lines.

Jump starting this move may take some managing up. I hope primary supporters of Bernie Sanders, the next time he goes on CNN and bashes “the Democrats” or refuses to endorse in a crucial election, take to Twitter to hold him accountable. He must use his power for greater good, not just to increase his self-centered clout in the short term. Only the Donald Trumps of the world place their tribes first. I enthusiastically supported Hillary Clinton in the primary and the general, but the next time she or an old team member make a backhanded smack toward Sanders or his team based on a 2016 grievance, I’ll speak up, and that’s a promise. This is precisely why her book infuriated me: It did no good. We know what happened. Donald Trump won.

If you need motivation to move on, check out this scenario: When Republicans have retained the House and grown their Senate majority after the 2018 midterms because Democrats were too busy infighting and talking about superdelegates, we are going to regret it. And when Donald Trump is reelected in 2020 because we are still talking inside-baseball and setting our own house on fire by talking about appointees to symbolic unity commissions, it’s going to be too late to turn back.

And when Son of Jacob Mike Pence of Gilead secures his dream of a corporate-Christian theocracy in 2024 because we are still talking about who got to single-payer on May 1st and who adapted the policy on May 2nd, it will be entirely our fault because Democrats are all that stand between decency and something out of WB Yeats.

The bottom line is that every day Democrats fight with and about each other is one more day we aren’t talking to and fighting for the country. Every day we talk about the past is a day we don’t talk about the future. Every Democrat who worsens divisions in our ranks for personal interest instead of leading from the front is handing another victory to Donald Trump and his Republican enablers. The same goes for every partisan or progressive who follows the well-trod path of internecine division. Each day we look at politics through the Bernie-Hillary lens is a day that we lose the chance to make a fresh argument to voters and present our policies via a new generation of candidates. Plus, why remain rooted and allied with two candidates who, let’s face it, blew their chances?

If Democrats and progressives care more about 2016 than 2018 or 2020, we’re in a world of hurt. Local and statewide wins up and down the ballot nationwide and a glimmer of a rebuilt bench gave us another chance at life, and has shown us that we can accomplish great things. It might be the last decent chance we’ve got. Over the last year, and there are a million reasons why, Democrats as a party have been less than effectively organized to lead us out of our current national debacle. Here’s how we can turn that around, quickly. And hopefully this spat of great news is the push we need. 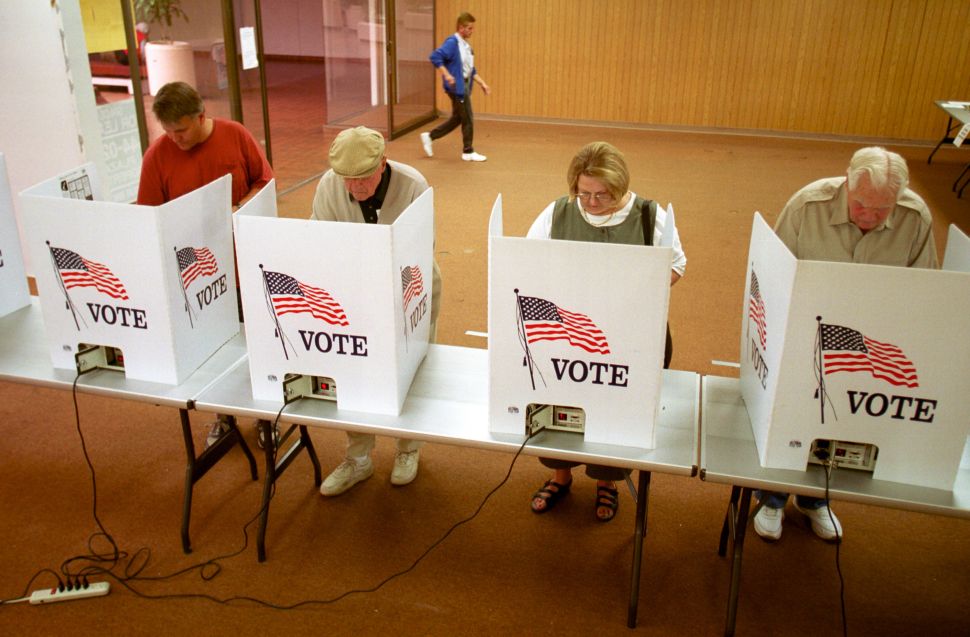