The almond milk versus dairy milk debate is nothing new. Almost 100 percent of almonds consumed in the United States are farmed in California, a drought-prone state where conservation is critical—and where the wellness movement sweeping the country has created an insatiable demand for the tiny nuts that require 1.1 gallons of water per every almond farmed. As harmful as that may be for the planet, the environmental damage caused by the dairy industry is even more concerning. Global demand for dairy products has skyrocketed as developing countries like India and China continue to Westernize, adopting dairy-heavy diets and mimicking American methods of dairy production on a massive scale, where the manure of tens of thousands of cows housed in cramped conditions releases climate-warming gases into the atmosphere.

According to the United Nations Food and Agriculture Organization, dairy consumption jumped 32 percent from 1990 to 2005, and is expected to rise an additional 50 percent from 2005 levels by 2050. Every five years, the US Department of Health and Human Services and USDA publish the Dietary Guidelines for Americans, “the Nation’s go-to source for nutrition advice.” In 2015, the latest version rolled out, recommending three cups of dairy a day for most adults. This is a high number considering research has proven that milk cannot protect against bone fractures. America is is hooked on milk, and it’s not by accident. It’s because large-scale dairy organizations like the Dairy Farmers of America, International Dairy Foods Association, and the National Milk Producers federation spend an avalanche of financial resources pushing dairy into government health initiatives.

This year so far, the dairy industry has spent $4,427,856 on lobbying alone. That money goes to a few things; keeping politicians on their side when legislation challenges the legitimacy of milk in a healthy diet, all of those “Got Milk” ads targeted at developing dairy consumers at a young age, and partnerships with food chains to promote dairy-heavy menu items like pizzas with “40 percent extra cheese” and Starbucks Frappuccinos with over twice the daily dairy serving in one cup. And remember, those “servings” were created by the USDA, an organization that accepts millions of dollars from companies like Land O’Lakes butter and Mayfield Ice Cream to tell Americans they need too much of a bad thing. Put simply, milk is okay moderation, but the idea that it’s an essential part of a healthy diet pure marketing.

The unfortunate reality is, there are many reasons to avoid both almond milk and dairy milk. Observer spoke to award-winning dietitian Mary Jane Detroyer to see if she could recommend any healthy, environmentally-friendly milk options. “I am aware of the impact of almond production on the reduction of deep reservoirs in California,” Detroyer told Observer. “Personally, I think that growing a crop in a desert—and California is a desert—is very problematic. So to me it seems that pea milk or coconut milk are better choices for the environment. Pea milk offers better nutrition and is more similar in protein content. All milk substitutes are fortified with calcium. Almonds are a good source of calcium, but at what cost?”

Detroyer’s first recommendation, pea milk, is lesser known in the world of dairy-alternatives, but is certainly worth trying. Pea milk fits a variety of dietary lifestyles; it’s vegan, nut free, soy free, lactose free and gluten free. It also contains more protein and calcium than other alternative milks. While almond milk is made from soaking almonds in , pea milk is made by separating the pea protein from pea fibers, purifying the pea protein, and blending it with , sunflower oil, and vitamins. It’s preservative-free, a natural source of vitamin B12, and—best of all—tastes nothing like peas.

Detroyer’s second recommendation, coconut milk, has been cited as a source of healthy fat the medium-chain triglycerides it contains. A study published in the Journal of Nutrition and Metabolism found a “significant decrease in LDL (low density lipoprotein) levels” when participants switched to from regular milk coconut milk, arguing against the common idea that coconut fat negatively impacts cholesterol. An additional study published in the Asia Pacific Journal of Clinical Nutrition showed that Filipino women who ate more coconut oil had healthier blood lipid profiles, indicating a lower risk of heart disease. 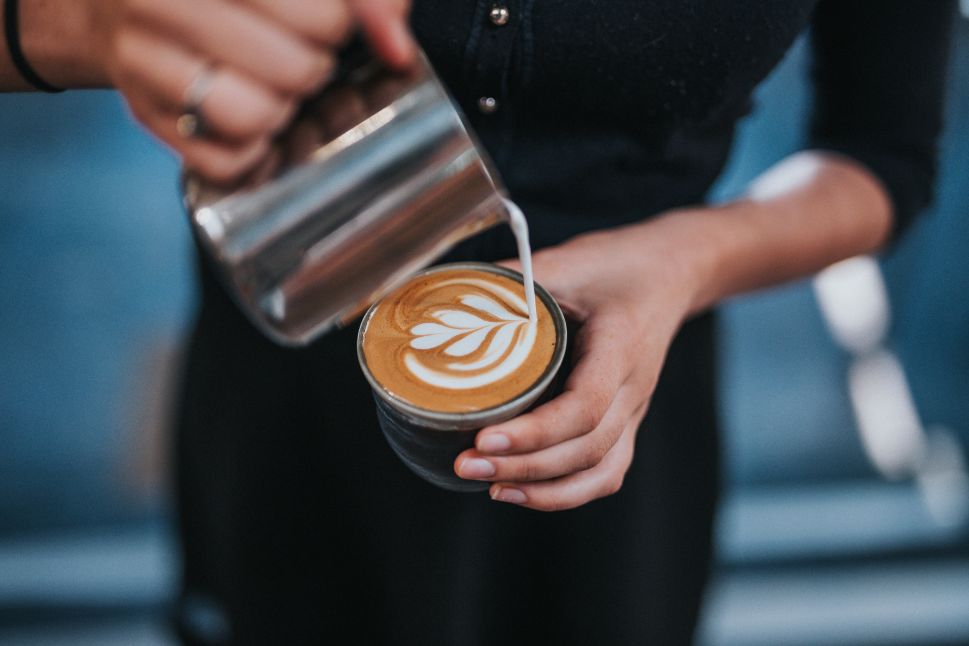