Though her Spice Girls moniker was Posh Spice, Victoria Beckham just signed a very sporty (and probably rather lucrative) deal with Reebok. Naturally, the pop star-turned-designer announced her partnership with the sneaker brand on Instagram, in a series of posts.

Beckham first posted a mirror selfie yesterday, where her white leather Reeboks took center stage—though she didn’t explain why. Not long after, the official proclamation of this alliance hit the ‘gram, with a snap of the designer uncharacteristically dressed down in a pair of sweatpants and those aforementioned white leather sneakers.

“Excited to announce my new partnership with @reebok! Stay tuned and head to my website and subscribe for updates! x VB,” she wrote, adding the very important hashtag, #ReebokxVictoriaBeckham.

Then, a dramatic black and white video of Beckham walking into a Reebok elevator was posted—it apparently depicted her “day one” on the job. Bright and early this morning, Beckham was back to her usual glam hijinks, as she shared a picture of herself jogging on a Reebok-branded treadmill, wearing a color block frock of her own design and a pair of stiletto boots. We’re happy to see that Beckham won’t be banishing her glitzy reputation for a uniform of sweats.

Bold. Innovative. Committed. #ReebokXVictoriaBeckham A new partnership focused on pushing boundaries & empowering women to be the best version of themselves. #BeMoreHuman @victoriabeckham Click the #linkinbio to learn more!

According to a release from the Reebok, their partnership with Beckham will be a long-term one, which will debut in late 2018. It will be part of the Reebok Innovation Collective, defined as “a brand initiative that focuses on developing footwear and apparel that delivers the next generation of performance and expression, from conceptual runway designs to tech-driven products that fill retail shelves.” Previous collaborators within this range have included Vetements and Cottweiler.

However, it looks like Beckham’s take on athleisure will have a girl power vibe. Per Reebok’s Instagram, the designs in the range will be “pushing boundaries & empowering women to be the best version of themselves.”

“To have the opportunity to challenge the traditional notions of fitness wear within a fashion context is something I have always wanted to do. I have long incorporated sportswear into my wardrobe and daily life and I am thrilled to be coming together with Reebok on such a dynamic proposition,” Beckham said about the forthcoming collab.

This is hardly the designer’s first go at the collab game; Beckham has an ongoing makeup partnership with cosmetics giant Estée Lauder and she once teamed up with Nails Inc on a range of varnish. And who could forget the affordable designs that she created with Target?

Shoppers certainly want to buy into Beckham’s life, and who could blame them? With a husband as handsome and supportive as David Beckham and a brood that’s both adorable and successful, plus a thriving business of her own, Beckham seems to have it all. 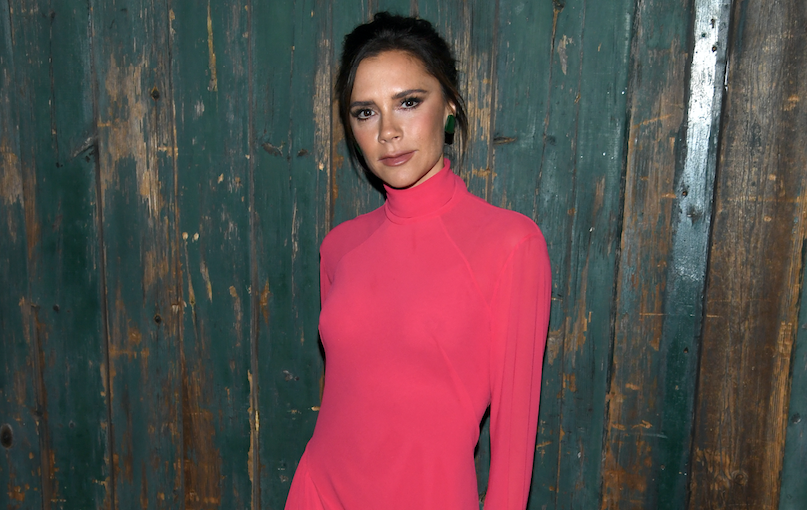