Peak coal industry employment was in 1930, when approximately 130,000 people had jobs in the coal industry. Today, as the Washington Post so memorably framed it, fewer people work in the mines than at Arby’s. Coal production, on the other hand, has continued to rise over time, from 400 million short tons in 1940 to 1.17 billion short tons by 2008.

It’s not that miners have gotten superhumanly productive; it’s that machinery has replaced people.

The current presidential administration frequently focuses its rhetoric on bringing back coal jobs—despite the industry’s trend toward employing fewer people, and coal customers’ trends of using less coal over time. The people who get paid to wonder why coal has become a pet political cause often theorize it’s because coal symbolizes the kind of honest, uncomplicated labor that built this country.

Yet agriculture built this country too, and that industry is also becoming automated. Retail propels U.S. economic growth, and the retail industry has also become increasingly robot-driven as automation replaces check-out clerks and e-commerce chews up increasingly large portions of people’s shopping budgets. Manufacturing built the postwar middle class; today, U.S. factories produce twice as many goods as they did in 1984, with one-third of the same workforce. Every time your suite of office apps debuts a new software feature, from generating annual reports to producing an email marketing campaign, that’s another job duty quietly taken away from a human being. Even food service jobs are succumbing to the siren song of automation.

So what? It’s not that the robots are coming for our jobs. They already have them—or at least, they already have the kinds of jobs that used to provide a certain, lifelong employment for people. And while U.S. unemployment rates are low right now—4.1% at the time of writing—there’s a difference between jobs created and jobs that pay well.

For example, the business press commented on the large number of hospitality jobs created in the past month, but few mentioned that the average wage for the hospitality sector was $15.56 per hour, the lowest of all 13 segments tracked and well below the average hourly earning of $26.53 per hour. This is another reminder that employment numbers are not a direct stand-in for productivity—or prosperity.

Who cares? Anyone who’s wondering how they’ll make a living in five years, much less ten or twenty. A question that I keep turning around in my head: Will I be working for a robot or will I be the one giving the robot instructions on what to do?

There is some hope: Every new industry invariably spawns a side industry in training people how to work with new technology. Maybe the key to short-term future employment is to become the robot whisperer, teaching others how to work with their inhuman coworkers. By the time that market dries up, I assume the artificial intelligences that Microsoft and Amazon and Google are working on will have teamed up with the robots and figured out what to do with a species that insists on cleaving to occupations that are centuries or millennia old. 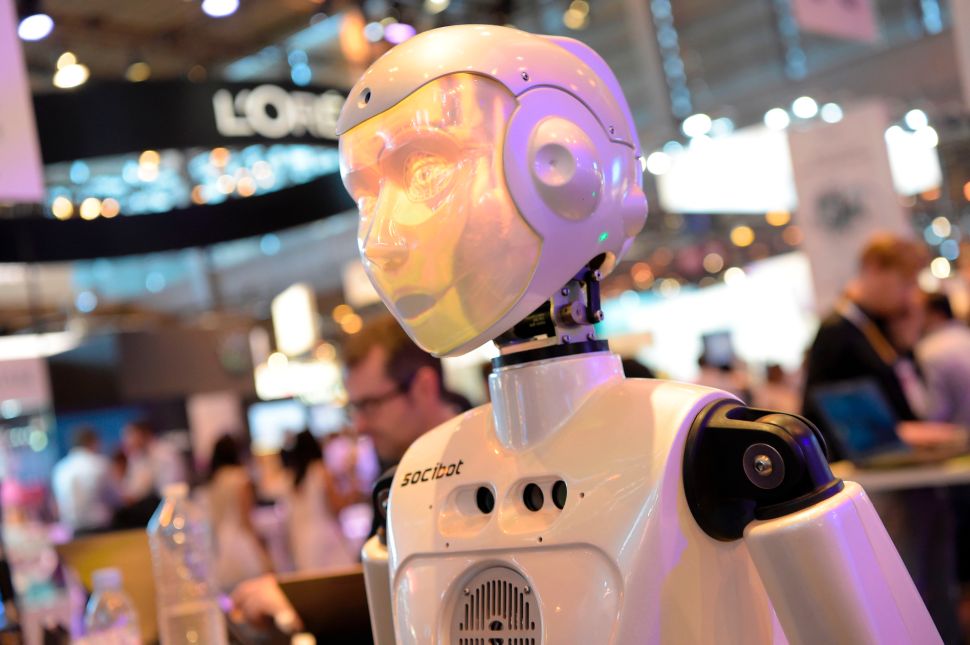