Most Americans rightly believe that the U.S. military is the best and most formidable in the world.  If that is correct, why, since the end of World War II, has the United States lost every war it started and failed every time it used force without just cause? Indeed, if the U.S. military was a sports team, it would land in the bottom divisions.

History makes this case. Fortunately, the United States prevailed in the Cold War and the threat of nuclear annihilation. George H.W. Bush was masterful in the first Gulf War in 1991 and managing the collapse of the Soviet Union. But his predecessors and successors were not as successful.

John F. Kennedy presided over the doomed Bay of Pigs invasion in 1961 and set in motion the Vietnam War. While many believe the Cuban Missile Crisis was a great victory, in fact, the Kennedy administration precipitated it with a massive defense buildup in 1961 that forced Soviet Leader Nikita Khrushchev to abandon his military reductions and place short-range nuclear missiles in Cuba to bypass American nuclear superiority.

Lyndon Johnson followed Kennedy into the Vietnam quagmire that led to over 58,000 dead Americans and possibly millions of Vietnamese based on the fallacious view that communism was monolithic and had to stopped there so it did not spread here. Burdened with Vietnam and a plan so secret it did not exist, it took Richard Nixon nearly five years to end that war. While his outreach to China was brilliant as was détente with Russia, Watergate destroyed his presidency.

Jimmy Carter was weak. The failed Desert One raid in 1980 to free 54 Americans held hostage in Tehran compounded the Vietnam malaise. While Ronald Reagan was seen to be tough, he did not bankrupt the Soviet Union in an arms race as it was the irrationality of the system and its brittleness that caused it’s fracturing. But he did send Marines into Beirut in 1983 and 241 died in the barracks bombing. At the same time, Reagan invaded Grenada in part to prevent the Soviets from building an air base and rescue American students at St. Georges Medical School. However, the airfield was being constructed by a British firm and had been part of a decades old plan to increase tourism. And the American commander in the field had told the White House that the students were in no danger.

While George H.W. Bush was arguably one of the most qualified presidents to hold office, he never got a second term. Bill Clinton took 78 days to force Serbian leader Slobodan Milosevic to end his murder of Kosovars. The conflict could have ended in hours had the use of ground forces been threatened.

After September 11th, George W. Bush believed that the world would be made much safer if democracy could be imposed on the Middle East. In Afghanistan, that turned into nation-building instead of hunting down and neutralizing Osama bin Laden and al Qaeda. Sixteen years later, success is still illusive. It was, however, the objective of transforming the geostrategic landscape of the greater Middle East that induced the catastrophe that set the region ablaze.

Barack Obama wanted to end the bad war in Iraq and concentrate on the good one in Afghanistan. He wanted to threaten Syrian President Bashar al Assad and then do nothing. And he mistakenly thought bombing Libya to protect Benghazi from Muramar Qaddafi would end the violence. Instead, civil war consumed Libya after Qaddafi was overthrown and killed. And who knows what Donald Trump will do.

Three reasons that apply to presidents of both parties since Kennedy explain why our record in using force has been so poor. First, most new presidents are unprepared, unready, and not experienced enough for the rigors of their office. Second, each lacked good strategic judgment. Third, these deficiencies were exacerbated by profound lack of knowledge and understanding of the conditions in which force was to be used.

Both the Kennedy and Johnson administrations were hugely uninformed on Vietnam and the massive strains between the Soviet Union and communist China. Before September 11th, few Americans knew the differences between Sunnis and Shias. Iraq did not have weapons of mass destruction. And so it goes.

What to do about this is the subject of other columns. What is needed, however, is a brains-based approach to strategic thinking that recognizes that the 21st century cannot be engaged with 20th century concepts that are no longer relevant. For example, the Soviet Union could be deterred with nuclear and conventional weapons. Today, when Russia has no interest in invading Western Europe and al Qaeda and the Islamic State have no armies and navies, 20th century deterrence does not work.

Still, unless the public finally recognizes that experience and competence are vital in our presidents and leaders, do not expect the future to differ from the recent past.

Dr. Harlan Ullman’s new book is Anatomy of Failure: Why America Loses Every War It Starts and is available at bookstores and Amazon. He can be reached at @Harlankullman on Twitter. 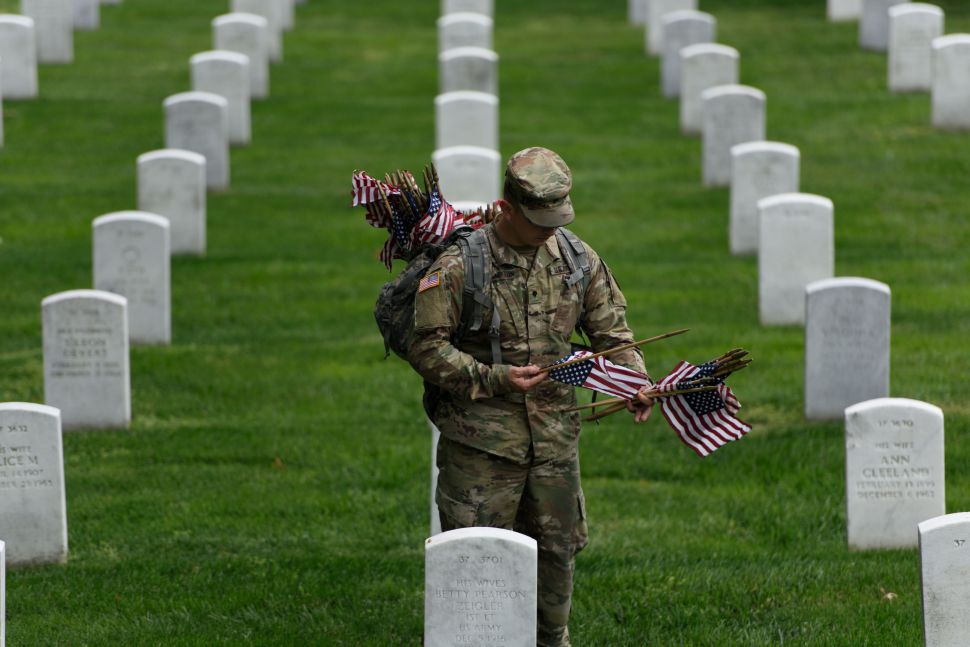