President Robert Mugabe of Zimbabwe was detained early Wednesday morning in the capital, Harare, by leaders of the nation’s military forces, who staged what appeared to be a coup d’tat, marking what may be the end of Mugabe’s 37-year-rule, according to sources on the ground in Harare speaking with the Observer and government reports.

In an unprecedented move, the Zimbabwean Defense Forces (ZDF) seized key government institutions and blockaded areas around the residence and offices of Mugabe. Commander of the ZDF Gen. Constantine Chiwenga read a statement to the civilian population on state television, appearing hourly to read the same statement, according to Zimbabwean journalist Nyasha Mukapiko.

Mukapiko told the Observer that old army songs from the 1980 revolution—led by Mugabe, now 93—were broadcast through the state television broadcaster in between Chiwenga’s addresses.

He added, “I saw two armoured personnel carriers (APC)  being stationed near two government major buildings—Parliament and Munhumutapa Building, which houses the offices of the cabinet ministers and the president.”

Various images on social media, particularly Twitter, backed up Mukapiko’s account. Jean Phillip Remy, the continental bureau chief for the French newspaper Le Monde, published a photograph of an ZDF APC parked outside an unidentified government building on Wednesday, saying the political transition was “assisted by the army.”

Mugabe’s leadership was hailed by black Zimbabweans at the time he took power and changed the country’s name from Rhodesia, which was then ruled by a minority of white colonialists. Mugabe instituted sweeping changes and seized land from white farmers whose families had lived there for generations. However, Mugabe’s presidency was marred by economic stagnation—sending the country’s currency into the most inflated on the planet—and his refusal to step down as the southern African nation’s leader.

South African leader Jacob Zuma reported he had spoken with Mugabe, who told Zuma he was under house arrest.

Another Zimbabwean reporter, who did not wish to be identified due to safety precautions, told the Observer on Wednesday that government buildings taken by the ZDF included “the statehouse, parliament, the state broadcaster (and) the main airport, and they have cordoned off the presidents house. He is confined to his house at the moment. It is believed the first lady and the rest of her family have fled to Namibia. There have been no fatal incidences, but the atmosphere is tense and anything is possible. There is a heavy military presence in the city, and people are mostly indoors…”

In part, the first of two military statements—obtained by the Observer—read by Chiwenga said, “…Mugabe and his family are safe and their security are guaranteed. We are only targeting criminals around him who are committing crimes that are causing social and economic suffering in the country in order to bring them to justice.”

Meanwhile, local independent media are reporting that dismissed Vice President Emmerson Mnangagwa—a staunch loyalist and long-time aid to Mugabe who was fired by the president in a shocking move just days ago—entered Harare on Wednesday with the aim of assuming control from his former boss.

Events are still developing and the Observer will update the story when details become clearer. 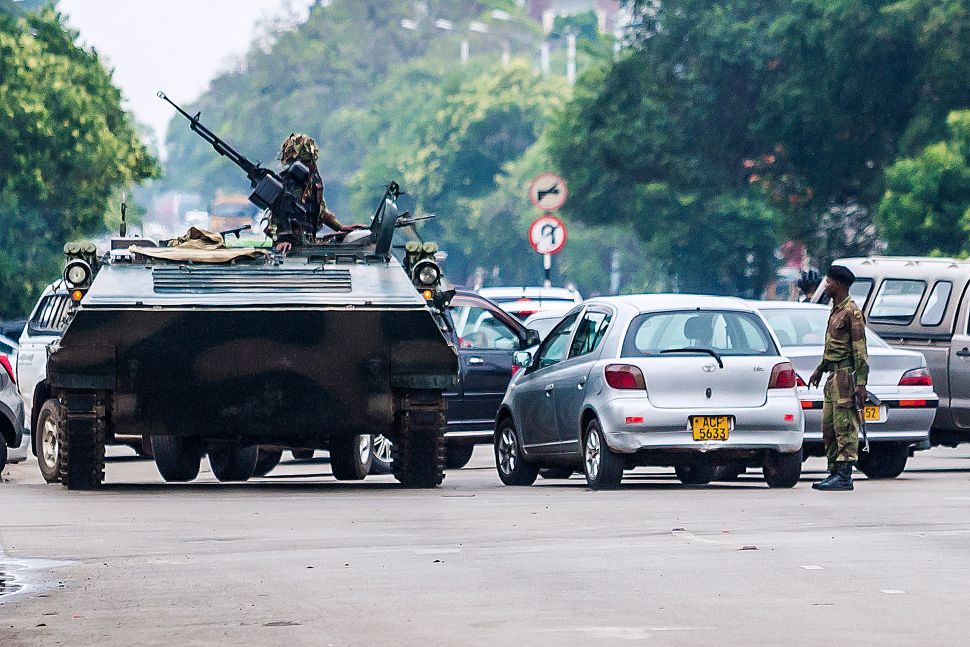