Whether you love him or hate him, President Donald J. Trump dominated 2017. Harvey Weinstein’s scandal also dominated the news and caused a domino effect that hit Hollywood, the mainstream media and Congress with resignations, apologies and firings. It was a crazy year.

The year began with the last days of President Barack Obama’s historic presidency. On January 20, 2017, Trump was inaugurated, and the next day a massive Women’s March set the tone for the Trump’s time in office.

The early split in the Republican Party between Never Trump and the Make American Great Again wing of the party has become increasingly wide. Trump’s war on the establishment leadership has been unrelenting, especially as Congress fails to implement major tenets of his agenda. And then you have Trump’s Twitter account, which is the center of every battle with critical members of Congress and the media.

Trump was tested early in his presidency on foreign policy. North Korea conducted multiple missile tests to prove they could use nuclear weapons against U.S. allies in the region in the first months of his presidency. On April 6, 2017, Trump ordered the firing of Tomahawk missiles at an air base in Syria, marking the first time this president used his role as commander-in-chief to attack another nation. I was worried that his tough talk on North Korea and missile strike in Syria meant he was shifting away from the restrained foreign policy rhetoric of his campaign to embrace hawkish policies. But as the year comes to a close, Trump has seemed to strike a balance between tough talk and a more restrained view of the use of U.S. force throughout the world—yet time will tell if he follows the more interventionist policies of National Security Advisor H.R. McMaster or the views he espoused on the campaign trail.

Terrorism was front and center this spring. In May, an Ariana Grande concert was targeted by terrorists, foreshadowing a number of subsequent attacks that seem to indicate more will come in 2018. The horror of terrorists targeting a concert has left many thinking twice before going to any public events. At the same time Americans are looking over their shoulder, the federal government is gathering up even more surveillance powers to monitor the every movement of law abiding citizens through Section 702 of the Foreign Intelligence Surveillance Act (FISA). Trump will end the year with some saber rattling toward North Korea and an American public scared of the emerging terror threats.

Powers outside of humanity have created some fun moments and some tragic ones. In August, many Americans were treated to a solar eclipse and a day where people were glued to cable news to watch as the eclipse ran across the United States. Sadly, mother nature then hit the United States with a series of storms that flooded and destroyed large metropolitan areas. Hurricane Harvey (no, not Harvey Weinstein—we will get to that later) blasted Houston and previewed another set of tragic storms, Hurricanes Irma and Maria. Those storms provided a one-two punch to the Caribbean and Florida. The stormy weather reflected a stormy political climate that would engulf the country in the fall.

On October 1, over 50 people were killed and over 500 were injured when a man opened fire on a concert in Las Vegas. To this day, no public explanation has been given as to the man’s motives. Then came the Harvey Weinstein scandal that exposed a man who used his position of power for alleged sexual abuse. These revelations lead to a domino effect, more accusers lead to the resignations of at least two members of Congress and a swath of firings in Hollywood and the media.

The big political scandal of the year is a man made #FakeNews scandal. The witch hunt that is the Russia investigation has dominated news coverage and lead to indictments and convictions—not for collusion with Russians but for other things that have nothing to do with the core of the investigation. The out of control investigation may cause Trump serious political damage.

The year ends with a divided America and convulsions in the power structure in politics, the media and Hollywood. We also end the year with the promise of lower taxes and a growing economy. This was the year of President Donald J. Trump. In 2017, his Twitter feed broke news faster  than The New York Times. 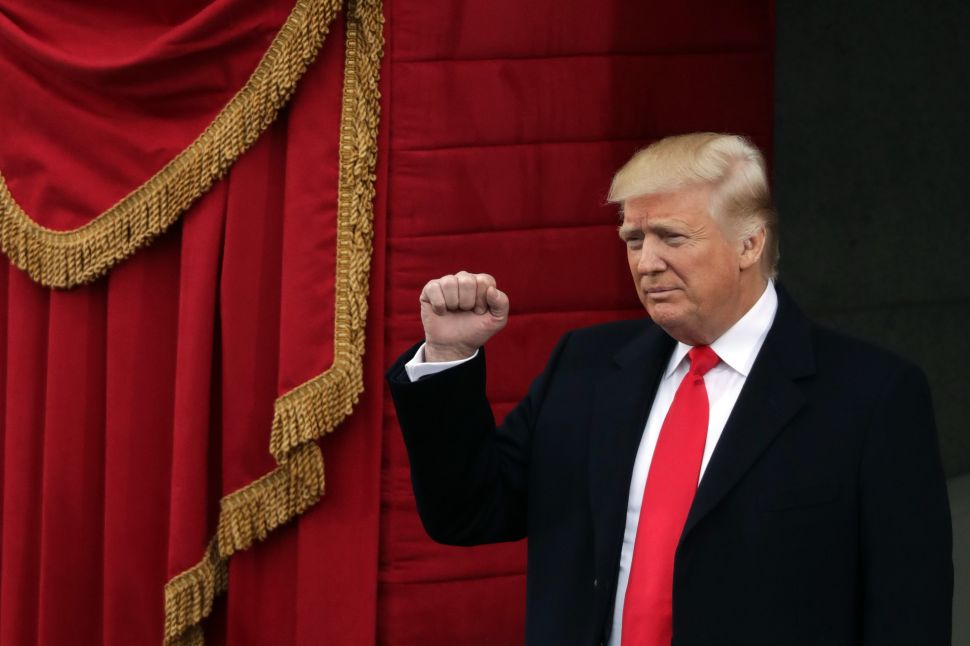