Ho, Ho, Ho. Christmas and New Years are upon us. In the spirit of Dickens’ holiday tale, let’s look at how the ghosts Christmas Past, Christmas Present and Christmas Future might haunt us in this modern world, as they did poor old Ebenezer Scrooge. Let’s hope none of us find ourselves playing the role of Tiny Tim, whose own future was very much in doubt.

Today’s Christmas Past would challenge us to answer one question: what has happened to America? While an imperfect democracy, America did serve to help win two world wars, the second against truly evil enemies in the form of fascism and Nazism. Through the Marshall Plan, America turned enemies into functioning democracies. Through its vision it helped create the post-war system including the UN, Bretton Woods, World Bank, IMF and NATO.

Early in the 20th century, American women finally got the vote. But it took until 1964 for the Voting Rights Bill to enfranchise virtually all Americans. While equal opportunity was not always equal, it was the goal. Yet, all was not well.

For reasons of flawed presidential judgment and complete misunderstanding of fact and reality, America started and lost the Vietnam War. For similar reasons it blundered into Afghanistan and Iraq, turning those regions into cauldrons of violence with no end in sight. While it recovered from the most consequential financial crisis since the Great Depression, economic disparities have never been greater and the American Dream has become more distant.

Christmas Present would haunt us over the cumulative effects of Vietnam, Watergate, Iraq, Afghanistan and nearly a quarter of a century of poor presidential leadership, all of which has made Americans deeply cynical of and hostile towards their government. The nation is turning inwards; turning against immigrants and international accords from TPP (Trans-Pacific Partnership); Paris Climate Accord; and the JCPOA (Joint Comprehensive Plan of Action) designed to prevent Iran from ever obtaining nuclear weapons.

The election of Donald Trump was symptomatic of these profound ills and distrust of government. And his coarseness and crudeness in manor and tweet sadly reflect the same trends in society at large. Road rage, an absence of mutual respect, increased gun violence and the viciousness of talk radio and cable news likewise reflect this shift away from civility.

The ghost of Christmas Future is, however, the most haunting. “So you have fixed your taxes and economy?” it would sarcastically mock. “You wretches. In a decade or more, your national debt of some $20 trillion will swell to $30 or $40 billion. Interest rates will soar. And your debt service will bankrupt you as it did to Germany in the interwar period. Worse, your stand against immigration reflecting paranoia over losing jobs and allowing terrorists inside your borders, along with this non-sensical wall, will deny you of the talent needed to maintain a vibrant economy. And the divide between rich and poor will lead to violence and unrest.”

Finally and in leaving, the Ghost of Christmas Future will remind us of perhaps the most trenchant line in the Declaration of Independence as part of this nightmarish session. “When government becomes destructive, it is the right of the people to alter and abolish it and establish a new one.”

Of course, under better circumstances, another Ghost of Christmas Future could also have haunted us with better news. That Ghost could have said that Americans finally came to their senses and demanded a government that was less partisan and determined to serve the public good rather than the many self-interest groups that have perverted politics. Civility and compromise returned to the national discourse. Us against them became us with them. And while no government or political system is perfect, Americans rejected the extremes to which both political parties had succumbed, and the center prevailed.

Tragically, this second ghost of Christmas Future almost certainly will turn out to be a delusion. Unless, the nation understands that our current course will make the American Dream unobtainable for most, and drive the standard of living down for all but the wealthiest few, the other more unsavory Future Ghost will do the haunting. And we collectively will become Tiny Tim without the means for the surgery to make us whole again.

As Scrooge said: “Bah Humbug.” But, Merry Christmas to all and a Happy New Year nonetheless. 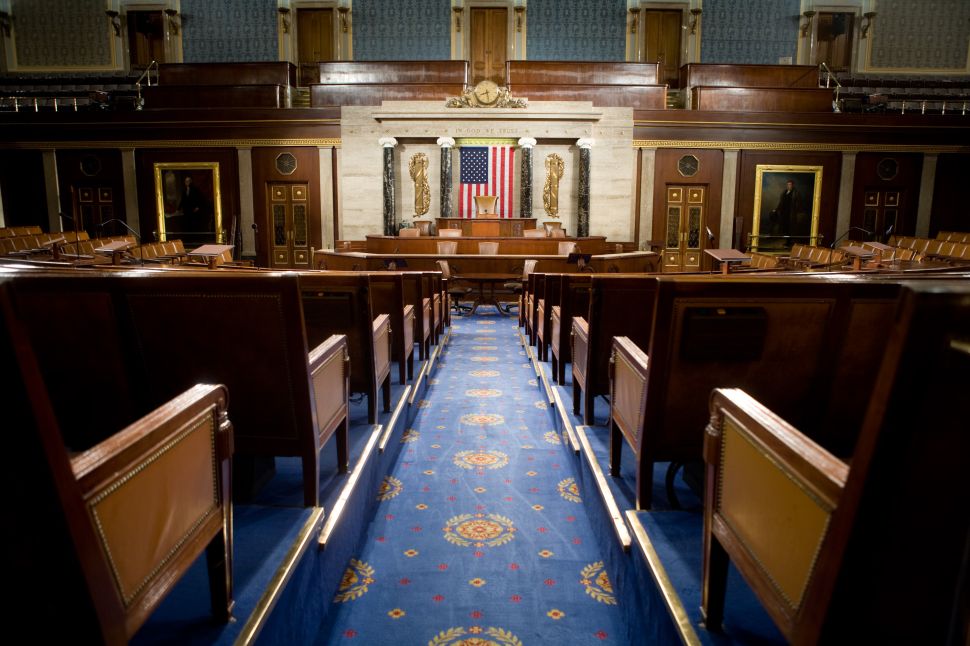