NEWARK — Sen. Cory Booker said the federal government should “beef up” security at rail stations, responding to a Monday morning attack at a station near the Port Authority Bus Terminal in Manhattan.

“The bigger picture here is that we live in a dangerous area,” Booker said at a news conference with Governor-elect Phil Murphy and Sen. Bob Menendez on Monday. “The tri-state area is a ripe area for attack and we need to be doing everything we can to keep folks safe.”

Booker said he would push for increased federal funding for security in New York and New Jersey, home to the biggest public transit systems in the country. Booker said that the government could either improve numbers of existing officers in the area or deploy Transportation Security Administration (TSA) officers, most known for conducting security at airports, to rail stations.

“We see the targeting of rail systems — they are soft targets and we need to harden them up,” Booker said. “Part of our transportation network here is our rail areas. Whether it is TSA officers or beefing up other officers.”

Congress is currently negotiating a federal budget. Booker said he hopes to divert money the Trump administration plans to invest in projects like building a U.S.-Mexico border wall toward increasing security measures. A Department of Homeland Security report estimates the wall would cost $21.6 billion.

I want to express my gratitude and support for the first responders after this morning's Port Authority bombing near Times Square. This is a poignant reminder of why we fight so hard for the funds our communities need to keep us safe. pic.twitter.com/sSHUnsRi6n

“Here you have a president who is pushing more and more for a wall on our southern border,” Booker said. “Even the best experts in his own administration think that spending tens of billions of dollars to build a wall along the entire southern border is a waste of money and that money should be reinvested in hiring more first responders in our states, in our high-target areas like the tri-state area.”

Murphy said he would support Booker and Menendez as they try and get federal money for rail station security.

“Sadly this is becoming, in a post-9/11 era, part of our lives,” Murphy said. “Sadly, we all have be on our toes. We live and learn from each one of these incidents.”

There were no fatalities or serious injuries caused by Monday’s attack the second in New York City this year. New York City officials said that a 27-year-old man, Akayed Ullah, detonated a low-tech explosive device that was attached to his body. He is in custody at a local hospital, the officials said, describing the detonation as “an attempted terrorist attack.” 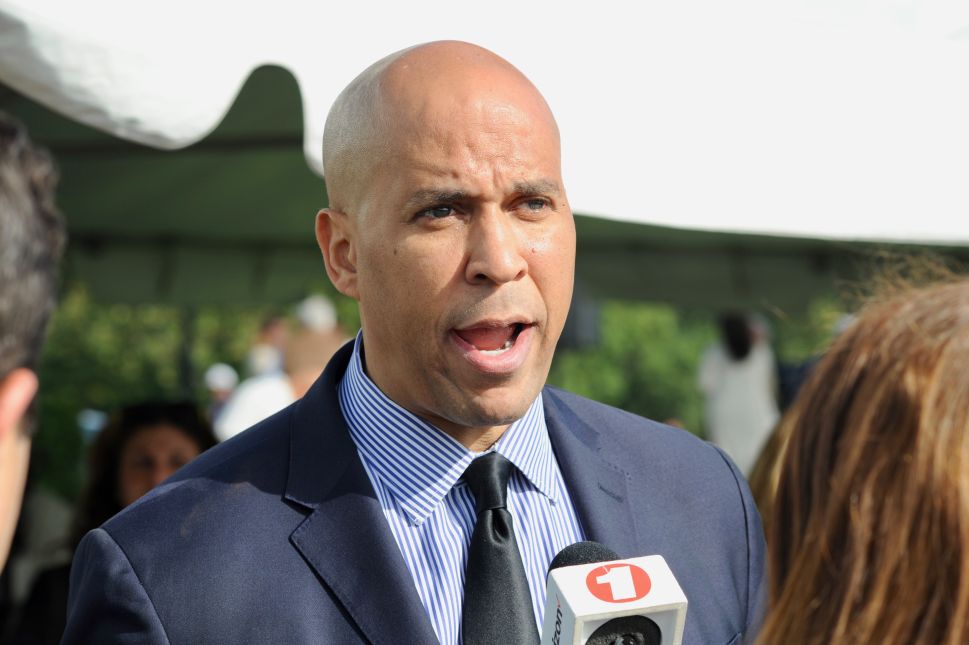