Amanda Davis, a veteran news anchor with more than three decades of broadcast experience under her belt, passed away on on Tuesday. She was 62.

The CBS46 anchor reportedly suffered a massive stroke at Hartsfield-Jackson International Airport. She was rushed to a nearby hospital to receive emergency treatment, but it proved ineffective.

Davis’ family is asking for privacy at this time and her colleagues are paying tribute to her online.

Saddened to hear of the passing of @cbs46 Amanda Davis. Such a beautiful person, inside & out. My thoughts & prayers are w/ her loved ones.

Saddened to hear about the sudden passing of Atlanta news icon, Amanda Davis. Our thoughts and prayers are with her loved ones during this difficult time. She will truly be missed.

Rest well, Amanda Davis. My thoughts and prayers are with your family, friends, colleagues, and those you mentored. Thank you. pic.twitter.com/BpR1k34ukP

“Her family is asking for privacy at this difficult time,” CBS 46 said in an online statement on Wednesday. “Amanda’s friends and colleagues at CBS 46 are praying for her family.”

Davis first joined CBS46 in January following nearly 30 years at WAGA-TV. Over the course of her career, she was awarded an Emmy for her on-air journalism. However, she also faced hardships.

She stepped away from WAGA in 2012 following an arrest for driving under the influence. In 2016, she told The Atlanta Journal-Constitution about her struggle with alcoholism. Per CBS, she was on the way to her step-father’s funeral in Texas when she suffered the stroke.

“I’m glad she was able to make the comeback she did,” former 11Alive anchor Brenda Wood said. “She will be remembered for that, for having the strength to persevere and overcome.”

“The CBS46 news team is in shock,” Steve Doerr, news director, said. “No one saw this coming.”

Friend and colleague Rashad Richey plans for a three-hour tribute to Davis on his 1380/WAOK-AM show from 10 a.m. to 1 p.m. ET on Thursday. 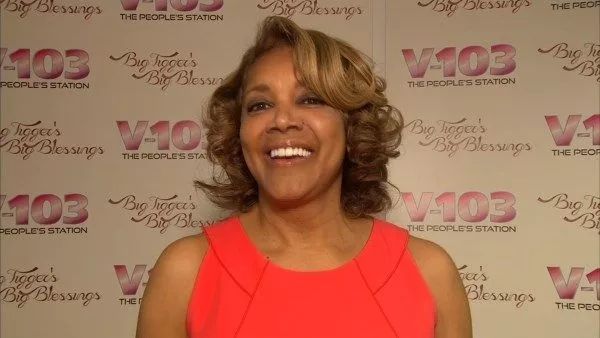 Filed Under: Entertainment, TV, cbs, Cause of Death, Amanda Davis