Anne Hathaway started out the holiday season with a big gift to herself. The Oscar-winning actress and her husband, Adam Shulman, bought a seaside home in Westport, Connecticut.

The five-bedroom, 5.5-bathroom home was built in 1920 and has since been extensively renovated. The house, which has a charming red front door, is just a “few steps” from Compo Beach.

Hathaway and Shulman paid $2.79 million for the 0.9-acre estate, which is known as CompoBello.

The first floor of the 4,198-square-foot Colonial-style residence is composed of an oversized custom kitchen with marble countertops and a breakfast island, which is open to a cozy great room with a fireplace. The formal dining room has vaulted ceilings, with a large stone fireplace. The second floor, which is divided into two distinct wings, is where the five bedrooms are located, per the listing held by The Higgins Group. The separate master suite has access to a private redwood deck.

French doors in the living room open to the gardens, and there’s also a built-in Viking outdoor kitchen. Outside, there’s a pool and lounge area, in addition to a 1,518-square-foot barn-esque pool house.

Hathaway and Shulman also own a two-bedroom, two-bathroom penthouse on the Upper West Side, but the bi-coastal couple hasn’t forsaken Los Angeles—they also maintain a six-bedroom, five-bathroom estate in Laurel Canyon. 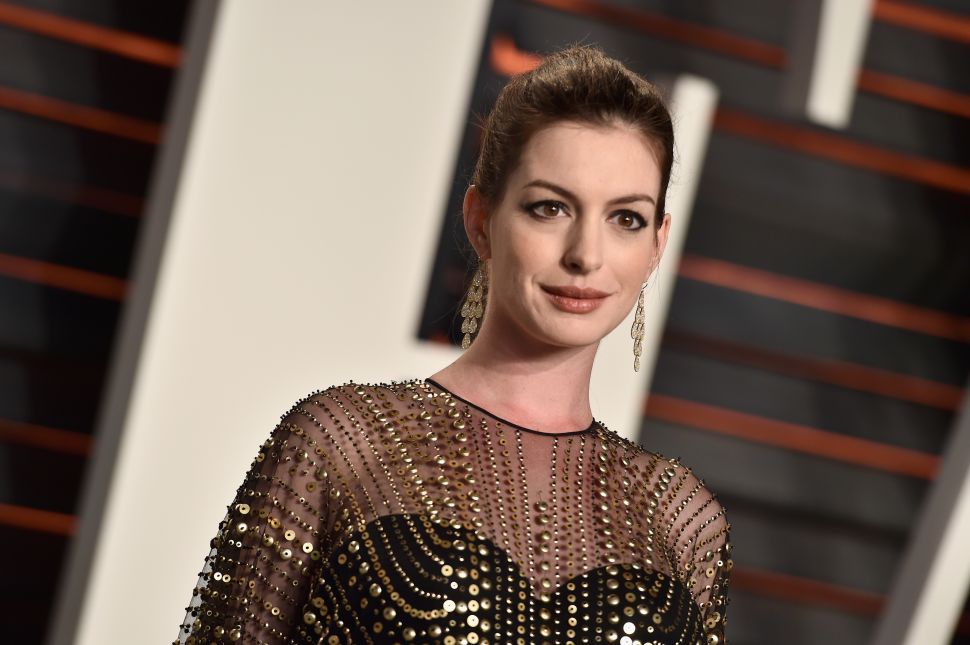