Alberto Nisman was found dead in his 13th floor apartment in Buenos Aires, Argentina. Cause of death was a bullet to the head. A 22-caliber gun was found at his side, and the doors to his apartment were locked from the inside. The body was discovered on January 18, 2015, and the story was big news in Argentina.

Nisman was the state prosecutor who accused the president of Argentina of covering up a terror attack in July of 1994, the most horrific terror attack in the country’s history. During the attack the AMIA the building was blown up, destroyed, when 275 kilos (660 pounds) of explosives were stuffed into a Renault truck and parked beside the walls of the building. The explosion ripped the front off the five-story building, causing the entire structure to collapse. AMIA stands for Association Mutual Israelita of Argentina—the equivalent of a local Jewish Community Center, it was their JCC.

Today, Argentina is home to about 300,000 Jews; the sixth-largest Jewish community in the world. It is, however, a shrinking community, because the Jews of Argentina do not feel safe. Not long ago, Buenos Aires alone had 300,000 Jews.

Years later, in the first week of December, 2017, former president, now Senator Cristina Fernandez-Kirchner was finally charged by the Argentinean court with treason.

But that’s only part of the story. Fernandez-Kirchner covered up the attack, but under whose direction? It all comes back to Iran, whose moderate leader, Akbar Hashemi Rasfanjani, ordered the AMIA Jewish community center to be bombed. Hezbollah stepped up and performed the deadly act, murdering 85 people and injuring 300 hundred more.

Fernandez-Kirchner was always suspected of using her influence to subvert the investigation and conceal an Iranian connection in the AMIA bombing. Only now has a report come to light revealing the influence peddling she and other Argentinean leaders used, and the power they wielded to stymie the investigators and influence judges not to pursue the case against Iran.

Argentina was out to forge an important deal with Iran and they did not want it jeopardized. The country had grain, but needed oil; Iran had oil, but needed grain. It was that elementary. To be fair, at some point Argentina did officially accuse Iran and Hezbollah of the attack.

In a 656-page decision a judge has ruled that Nisman’s death was not suicide—it was murder, and now an investigation must ensue.

Nisman was one of several voices in the establishment crying for justice for the 85 people killed in the AMIA. Another loud voice was that of Buenos Aires Cardinal Borgoglio, one of 85 signers on a letter demanding justice. That Cardinal is now Pope Francis.

In the immediate aftermath of the attack, Israel sent specialists to help save people buried in the rubble and to piece together evidence. They dispatched Mossad agents to gather as much information about the Hezbollah and Iranian terrorists as possible. It was obvious to the Mossad who the terrorists were.

In a 2014 interview given by Israeli Ambassador to Argentina, Yitzhak Aviran, to a Spanish language paper, he said that Israel’s Mossad had tracked down and eliminated almost all the terrorists involved in the AMIA terror attack. Israeli leadership and Israel’s foreign ministry rejected Aviran’s claim, but it is probably true—and that means there is almost no way to investigate the bombing and bring the terrorists to justice. Former Iranian President Rafsanjani died in January of 2017, and his obituaries list the AMIA bombing as one of his acts. Another was creating Iranian assassination teams, or hit squads.

Investigating Nisman’s death as a murder is a major step forward for Argentina, akin to indicting politicians who strike deals that cover up and protect evil acts. Corruption in Argentina is an open secret. The 656-page document is more than an important gesture; it honors Alberto Nisman and proves that there are still people like him, working hard to ensure that no matter how long it takes, justice will rule. 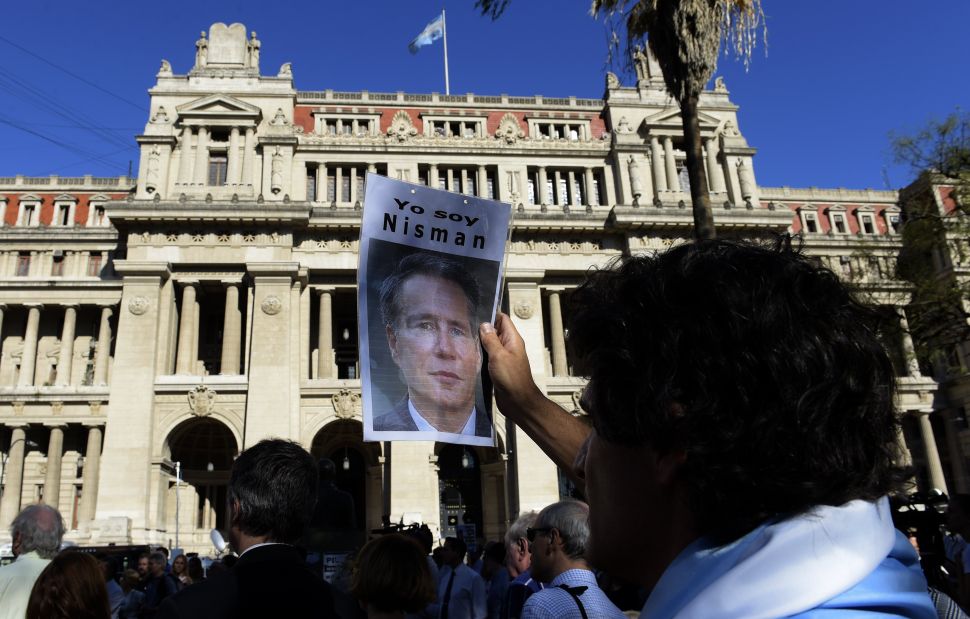