The New Jersey Assembly Appropriations Committee on Monday voted to release legislation that could abolish the Waterfront Commission of New York Harbor, a bi-state agency that aims to regulate employment practices and combat criminal activity in the waterways between New Jersey and New York City.

The bill –which will now head to the full Assembly for a vote– would transfer New Jersey’s regulation of the ports to the New Jersey State Police. It would end a 64-year agreement between the states to oversee the waterways, something that New Jersey advocates say would eliminate needless regulation and allow for economic growth.

“The commission’s stranglehold on our ports is hurting business at the port,” said Assemblywoman Anette Quijano (D-Union), one of the Assembly co-sponsors of the legislation. “While there is still a need to regulate this business to ensure fairness and safety, this job should not be done by the commission. Handing this responsibility over to the state police will ensure that business at the port is being conducted as it should be, without hampering progress.”

But the bill (S3502/A2179) could also create some confusion about who will regulate waterways between New York and New Jersey, especially since the commission has been in place since New York, New Jersey and Congress agreed to create it in 1953.  In 2015, Gov. Chris Christie vetoed a similar bill, indicating that it was potentially illegal for the Legislature of a single state to unilaterally attempt to dissolve such an agreement. But legislative leaders have indicated that Christie is likely now on board and the initiative to abolish has been fast-tracked during lame-duck, the last opportunity Christie has to sign bills before he leaves office in January. The bill is co-sponsored by Democrats Sen. President Steve Sweeney (D-Gloucester) and Sen. Paul Sarlo (D-Bergen) but unanimously passed the Senate earlier this month, indicating widespread Republican support.

Supporters of the bill say that the elimination of the Commission is critical because its existence has over-regulated industry at the port and not ensured fair labor practices and economic growth for employees there.

“The commission has itself been tainted by corruption in recent years and, moreover, has exercised powers that do not exist within the authorizing compact, by dictating the terms of collective bargaining agreements of organized labor, and by requiring stevedoring companies to hire and retain independent inspectors to examine company operations in order for those companies to continue to operate in the port,” says the bill’s language. “Further, the commission, despite changes in the industry to drive out organized crime’s influence, has over-regulated the businesses at the port in an effort to justify its existence as the only waterfront commission in any port in the United States. As a result, the commission has  become an impediment to future job growth and prosperity at the port.”

The nonpartisan Office of Legislative Services estimates that the bill would lead to both increased cost and revenue for New Jersey but that initial cost increases will dimish after state police have been equipped with everything necessary to complete the transfer. In year one, OLS estimates that the bill will cost the state $12.6 million and bring in $10.4 million in revenue. By year three, OLS estimates that costs will be down to $10.2 million while revenue will be up to $10.8 million due to likely economic growth at the port. Currently, 80 percent of all Commission activity happens in New Jersey. According to the OLS estimate, in 2013 New Jersey spent $10.2 million on the ports and generated $10.6 million in state revenue.

If Christie signs the bill, his office will notify Congress and the New York Governor of New Jersey’s decision to withdraw within 30 days.

Officials at the Waterfront Commission did not immediately respond to a request for comment. 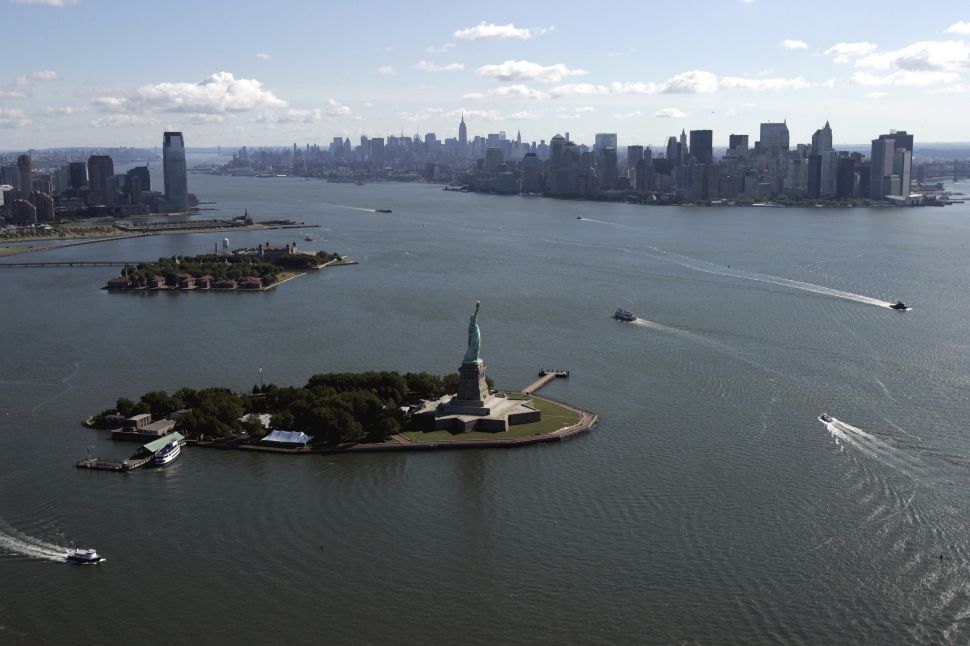