Since its release in August, Judith Newman’s To Siri With Love has been greeted with critical acclaim and celebrity endorsements. Newman’s son Gus has autism, and he learned to communicate with others through conversations with Apple’s personal assistant.

But the memoir, which Jon Stewart called “beautifully honest and illuminating,” has a lot of critics too—namely, other people with autism.

Many people on the autism spectrum have criticized Newman on Twitter using the hashtag #BoycottToSiri. They claim she recklessly reveals details about Gus’ personal life

Marie Porter, a cookbook author who identifies as #ActualAutistic in her Twitter bio, laid out her problems with To Siri With Love in a long tweetstorm.

Change that sheet of paper to a New York Times bestselling book and the “someone” to your mother and you have some idea of Gus’ predicament, Porter wrote.

Another sticking point is Newman’s plan to seek medical power of attorney for her son when he turns 18, so he can have a vasectomy if needed. Kaelan Rhywiol, an autistic woman with children of her own, wrote an opinion piece on Bustle equating this plan with eugenics.

“It feels to me as though Judith Newman does not believe I am capable of handling my children,” Rhywiol wrote. “As a teenager, I wasn’t much different from Gus. Yet, I’m here, and though I might not be considered successful by neurotypical societal expectations, I manage.”

“I find the book to be, in a word, gross,” Rhywiol told Observer in a follow-up email. “After reading the book, it felt like she hated us. She hates the autistic community because we’re telling her that she’s wrong.”

Newman told Observer she wants medical power of attorney for her son so she can make appointments and explain his symptoms to doctors. She does not, however, plan to have him sterilized.

“I am much less worried now and hoping to be a grandmother someday,” she said. “That’s a result of my son’s growth and my own.”

“I pity her future grandkids then if she’s going to be as cruel to them as she has been to her son,” Rhywiol rebutted.

While Newman’s stories are meant to be humorous, one of the hallmarks of people with autism is that they think literally and have difficulty understanding jokes. Newman knew this and wrote it that way on purpose.

“This book really wasn’t written for an autistic audience,” she said. “It was written for parents, neighbors, people who may love and hopefully will work with someone who is on the spectrum.”

“I knew she was trying to make a joke, and failing miserably at it,” Rhywiol said. “It’s cruel. It’s the type of humor a schoolyard bully uses.”

Newman said she takes constructive criticism of her book seriously but that she thought many of the people angry with her were just spewing vitriol.

“I am trying very hard to listen to the autistic adults who have read my book,” she said. “I am ignoring people who are just screaming at me based on lies propagated online.

Rhywiol said this “screaming” could be educational if Newman paid attention.

“Autistic people have been going out of their way trying to educate her in the wake of this book,” Rhywiol said. “She’s not listening.” 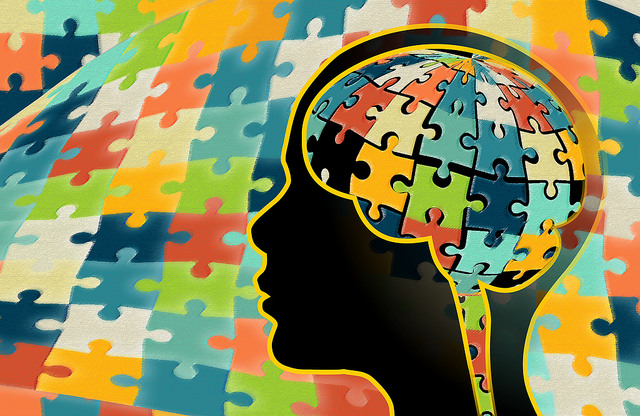