When drafting a mental list of New Year’s resolutions, most people looking to up their health gain consider quitting smoking and getting in shape to be two separate goals. A new study, published in the British Journal of Pharmacology, suggests they’re more related than you think—and just in time for January gym membership deals. The study’s findings show that even moderate exercise significantly alleviated symptoms of nicotine withdrawal, opening a window of opportunity for struggling smokers to get a leg up on their addiction and their physical well being.

Researchers at St. George’s University of London exposed mice to nicotine for a period of 14 days, comparing the withdrawal symptoms of the nicotine-consuming subjects as one group underwent a series of wheel-running exercises and the other group remained sedentary. The results? The exercising mice experienced significantly less-severe withdrawal symptoms. “We demonstrate for the first time a profound effect of exercise on nicotine-dependent animals, irrespective of exercise intensity. These findings shed light onto the mechanism underlying the protective effect of exercise in the development of nicotine dependence,” concluded lead study author Helen Keyworth, Professor of Health and Medical Sciences at the University of Surrey, and colleagues.

“The evidence suggests that exercise decreases nicotine withdrawal symptoms in humans; however, the mechanisms mediating this effect are unclear. Our research has shed light on how the protective effect of exercise against nicotine dependence actually works,” said study co-author Dr. Alexis Bailey, Senior Lecturer in Neuropharmacology at St George’s, University of London, in a press release.

This isn’t the first study that supported the positive effects of exercise on ending smoking addiction. A 2007 review in the journal Addiction outlined 12 studies on exercise and breaking nicotine addiction, agreeing that moderate to vigorous exercise, from something as simple as taking daily walks to high-intensity cardio or weightlifting, helps reduce the urge while diminishing withdrawal symptoms including irritability and fatigue. Of course, exercise also naturally manufactures the mood-boosting endorphins that smoking mimics, producing an even more pure, satisfying buzz.

For many smokers, taking cigarette breaks throughout the day has become routine, an outlet they depend on to cope with stress or other obstacles in their lives. By removing that outlet without replacing it with something else, quitting becomes near-impossible. Substituting smoke breaks with daily physical activity could be the unexpected method that finally breaks the cycle. 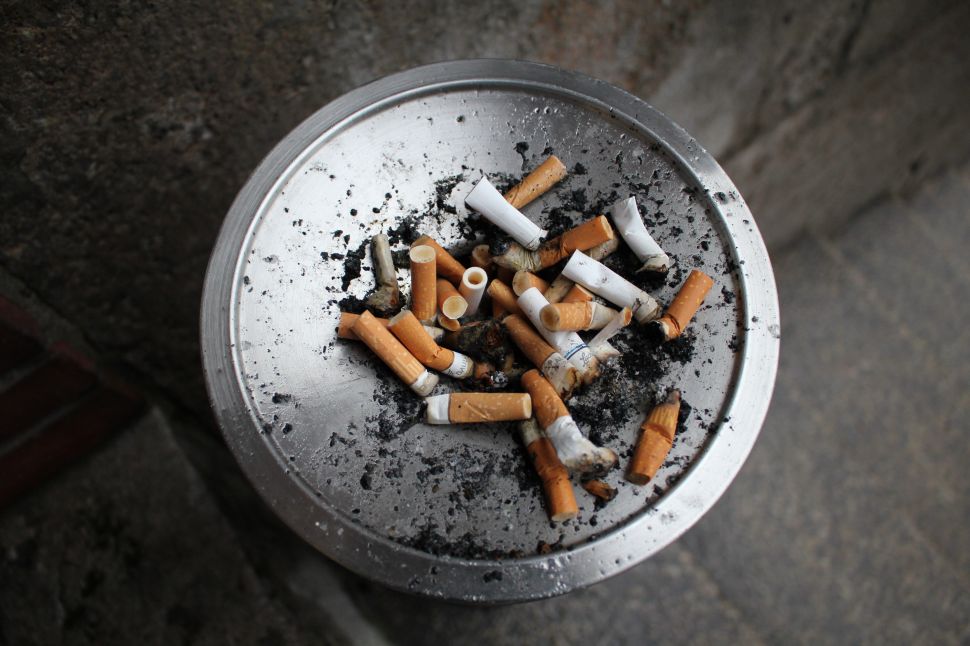