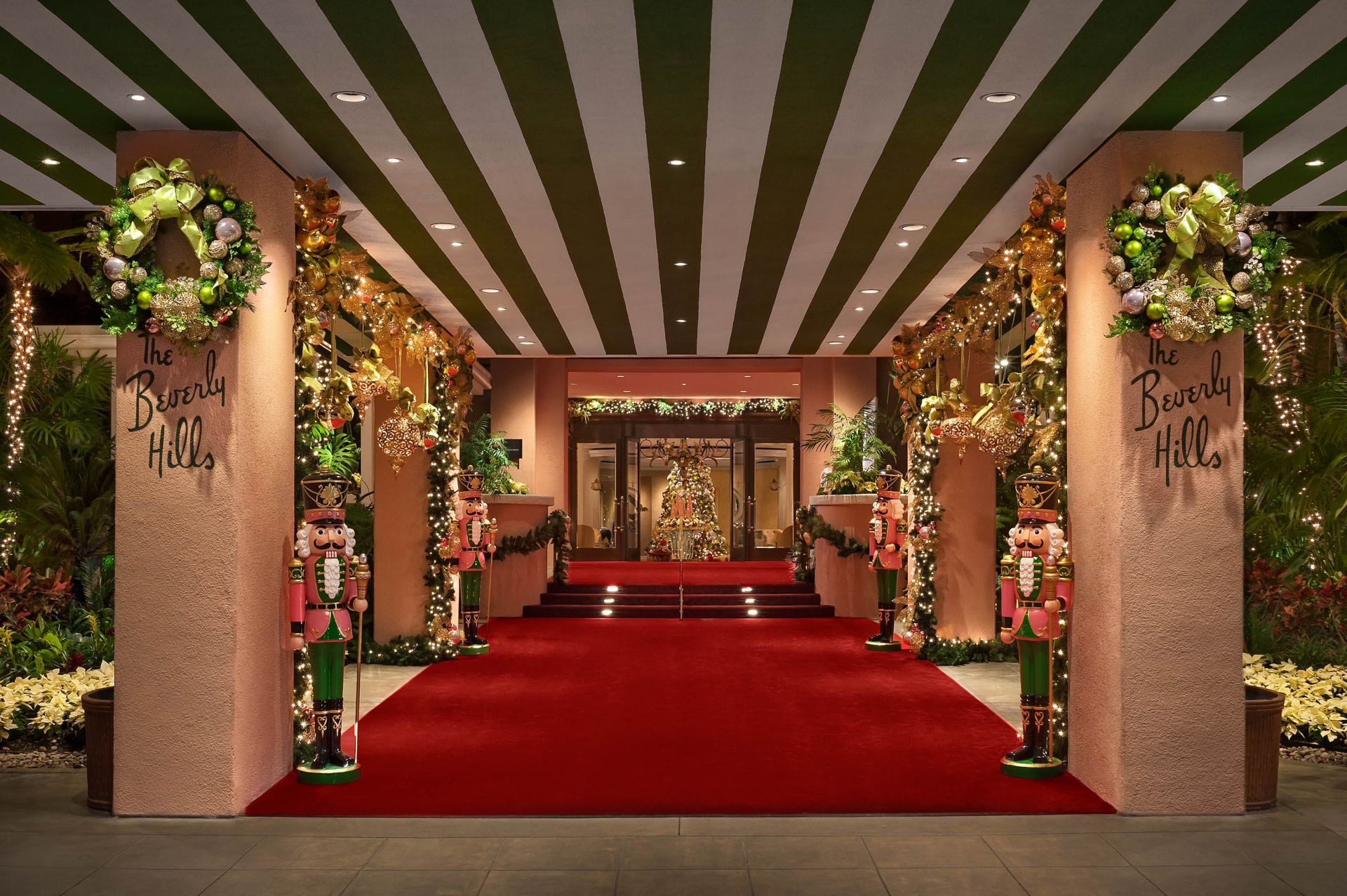 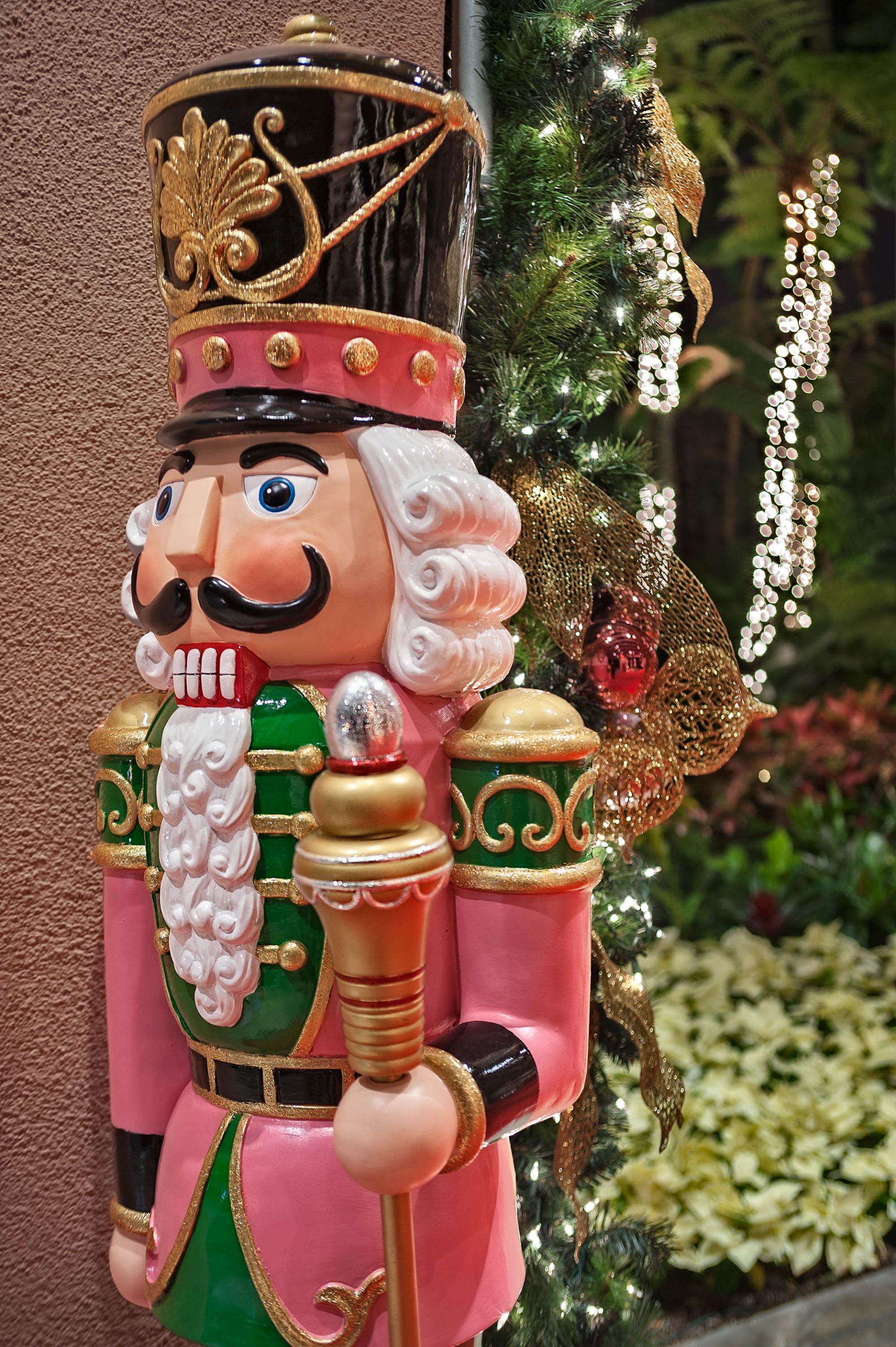 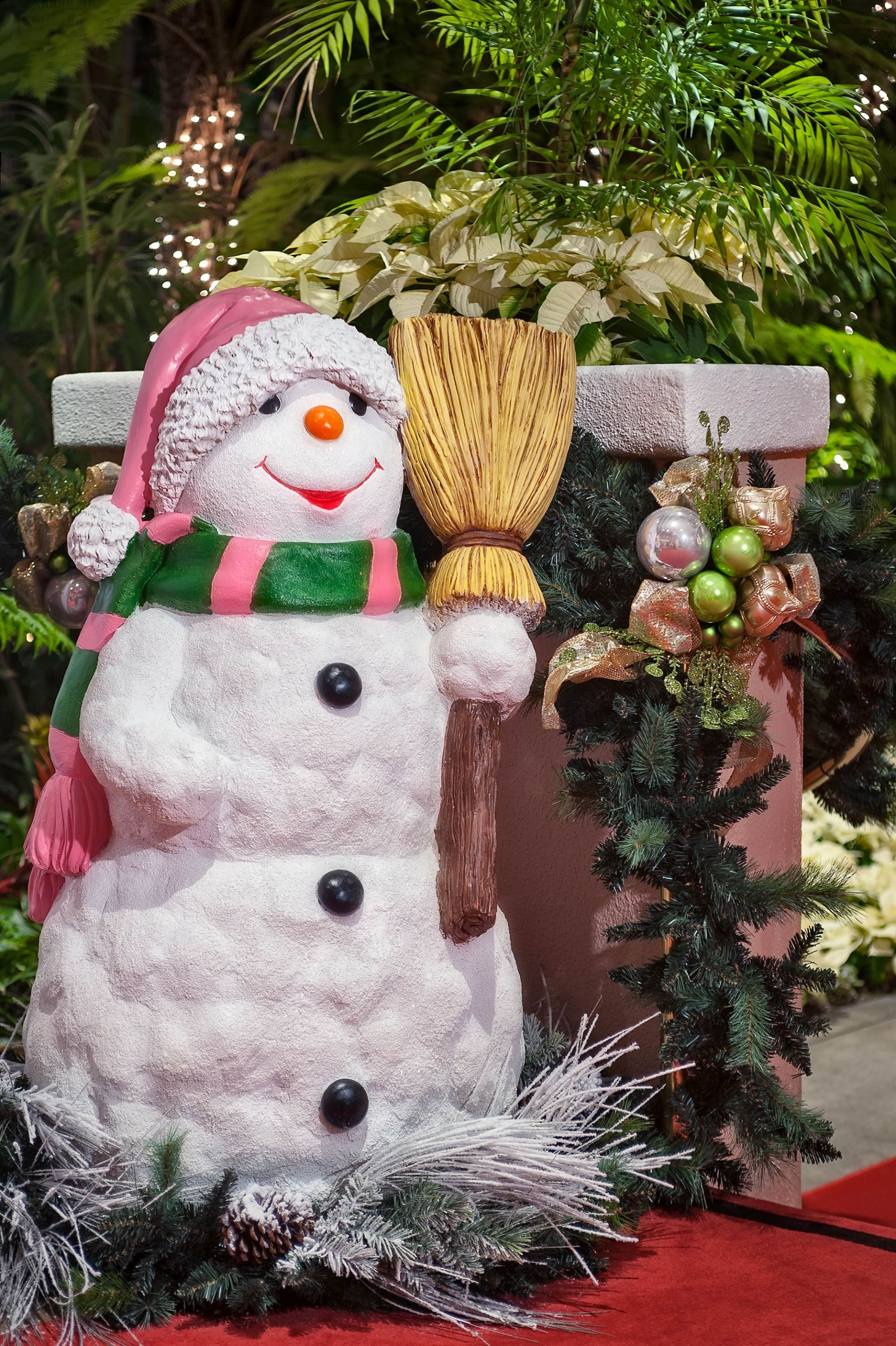 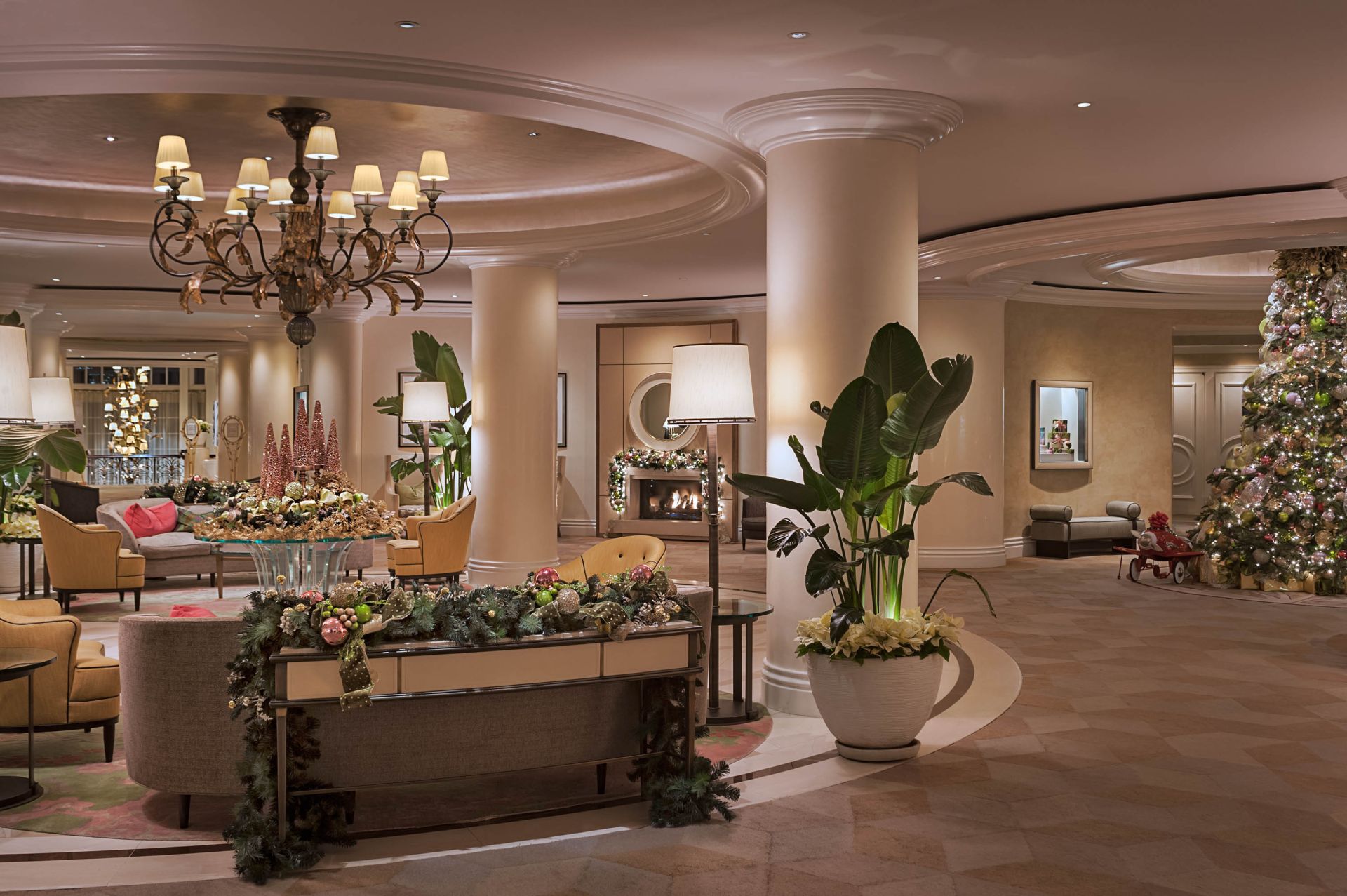 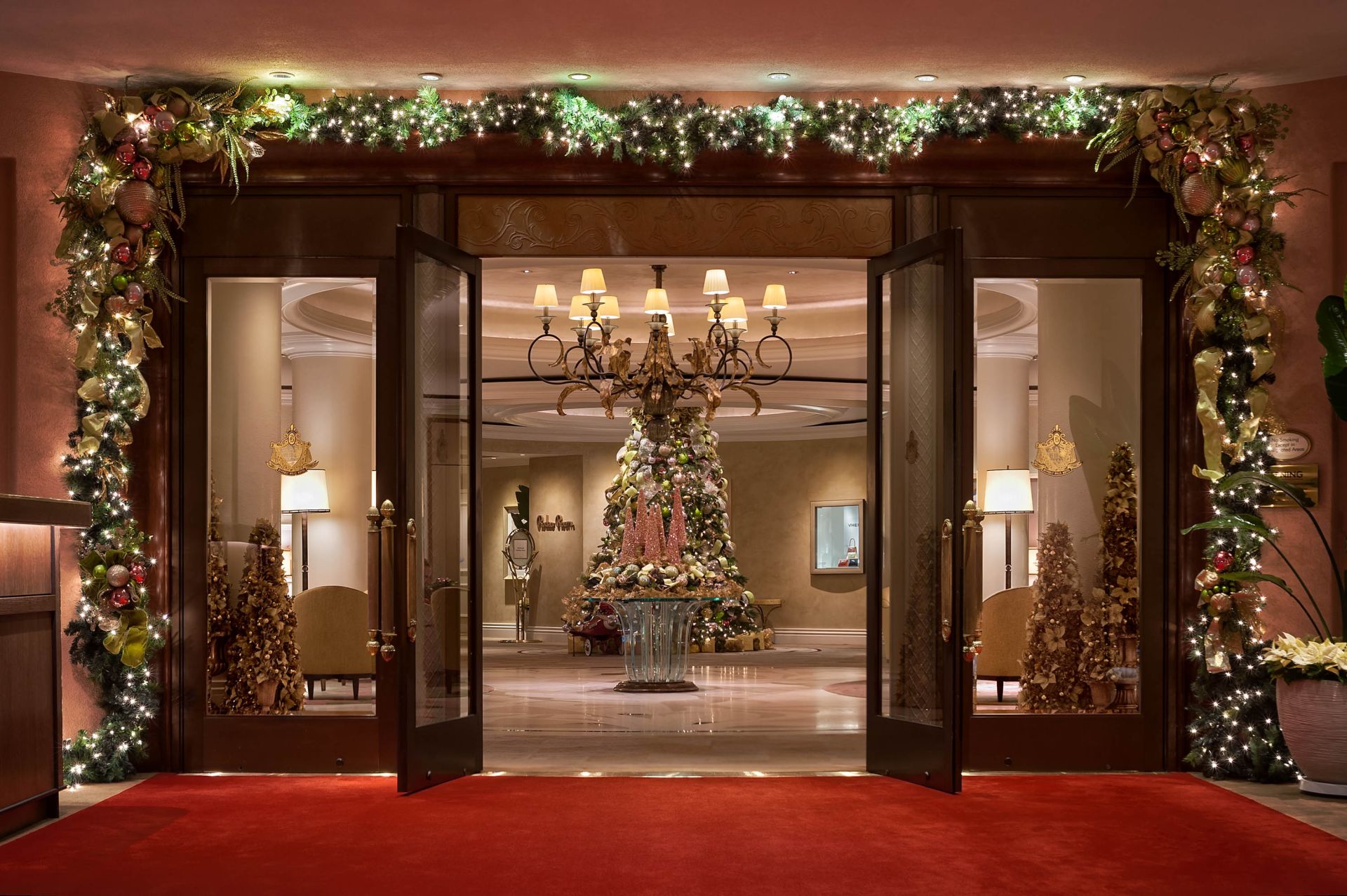 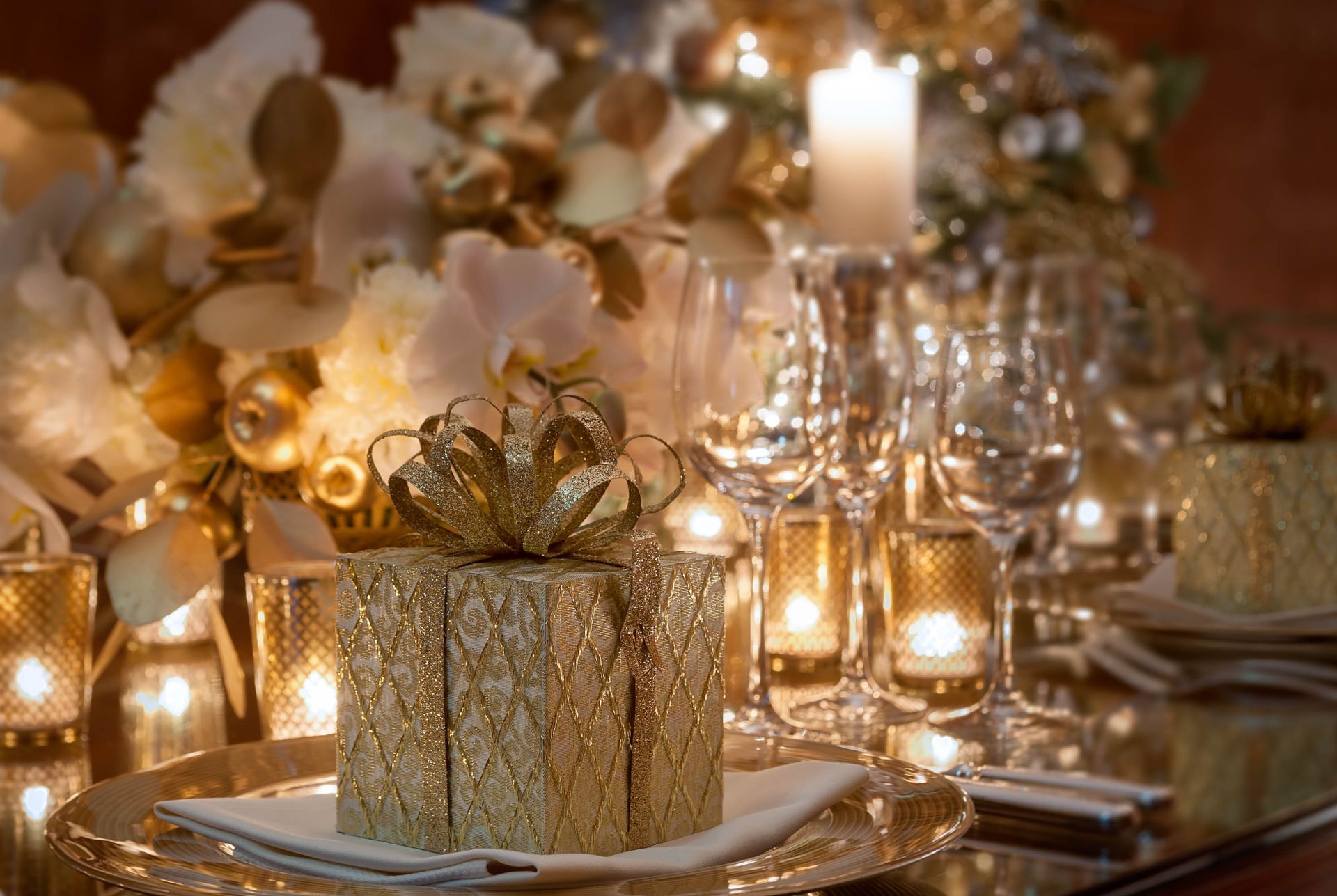 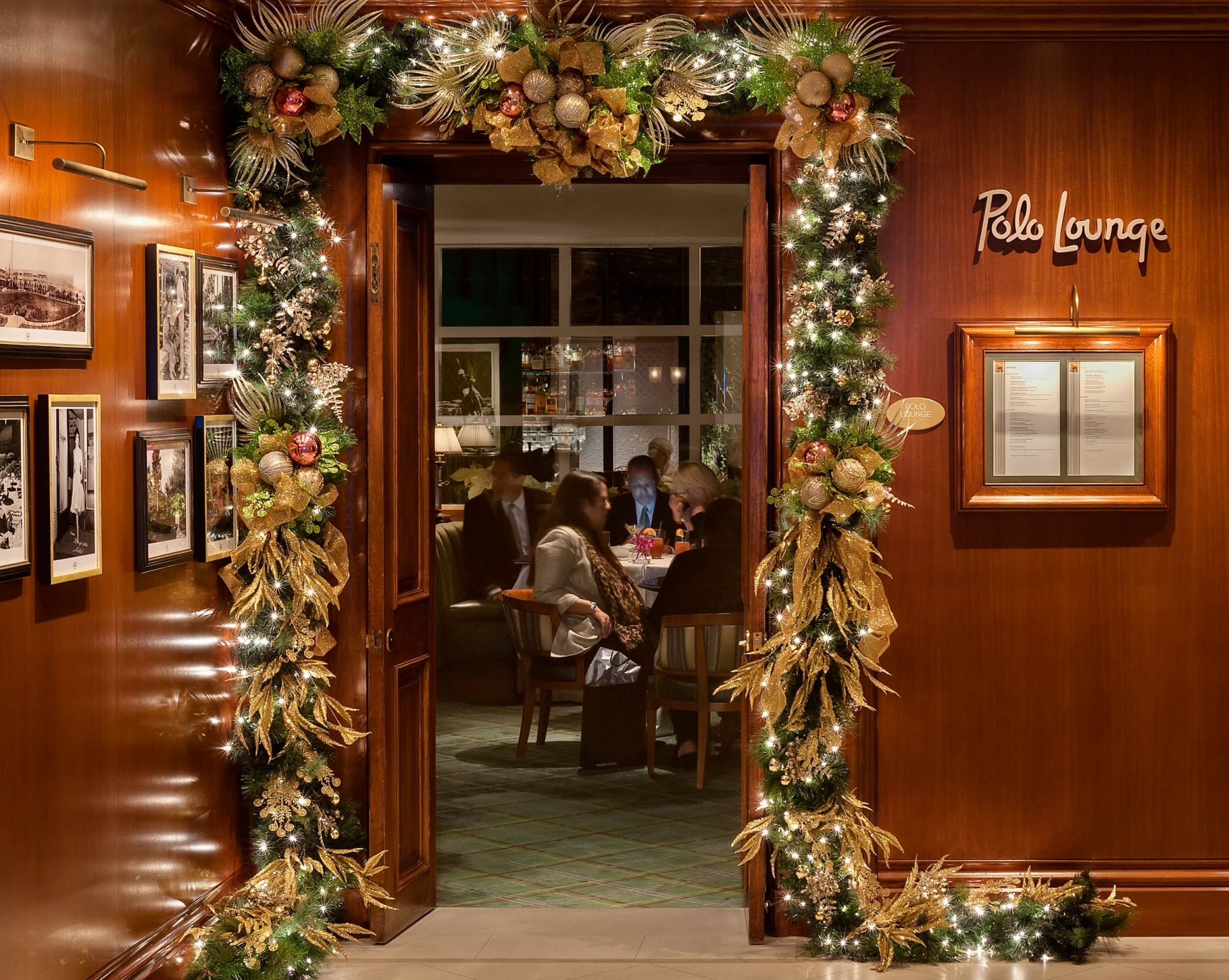 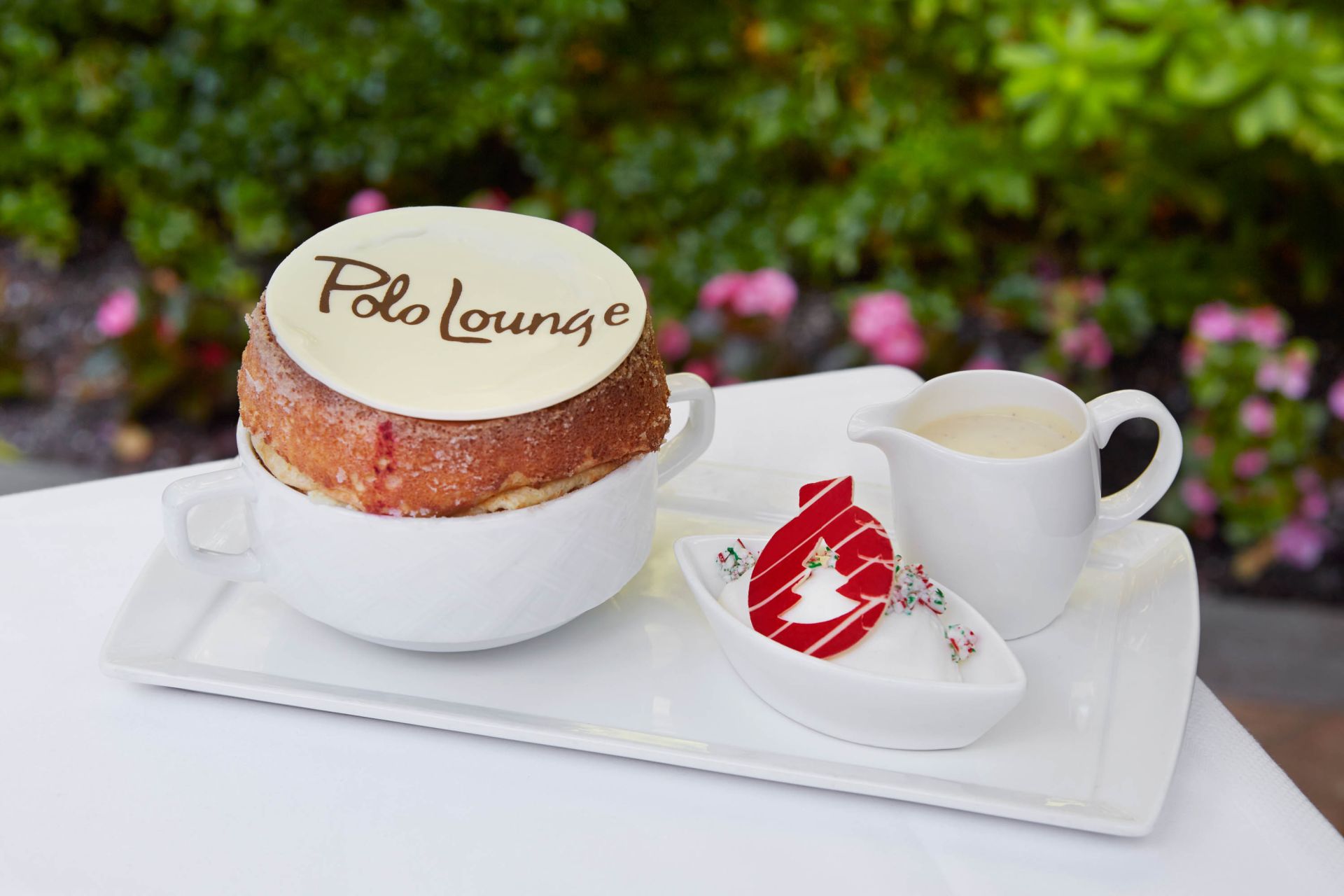 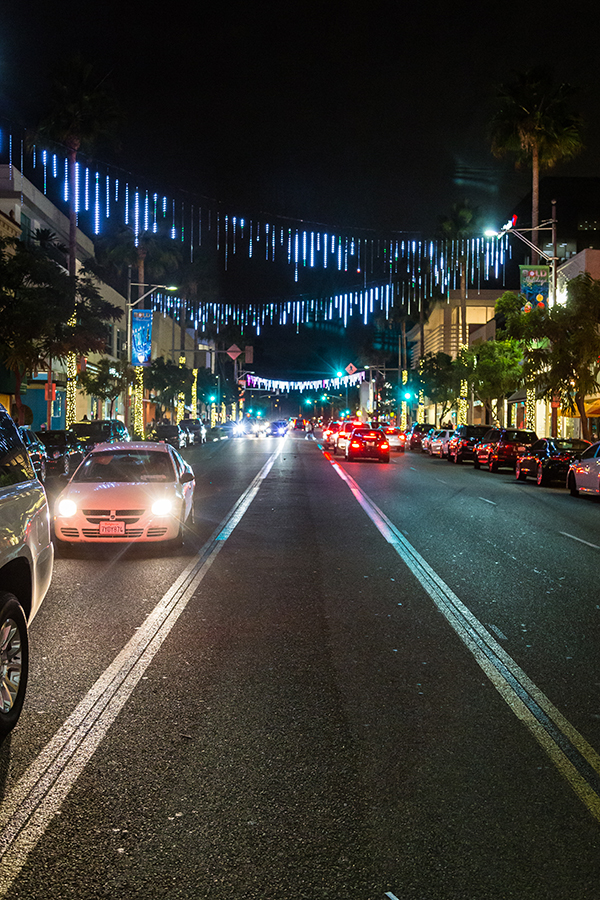 Rodeo Drive is decorated and ready for the holidays.
Courtesy Beverly Hills Hotel 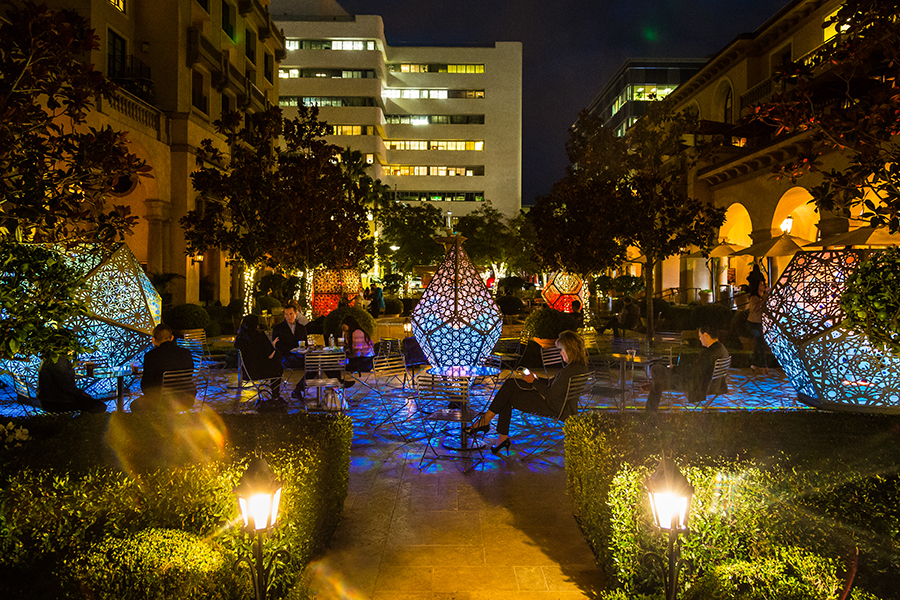 BOLD is a city initiative by the mayor.
Courtesy BOLD
Advertisement 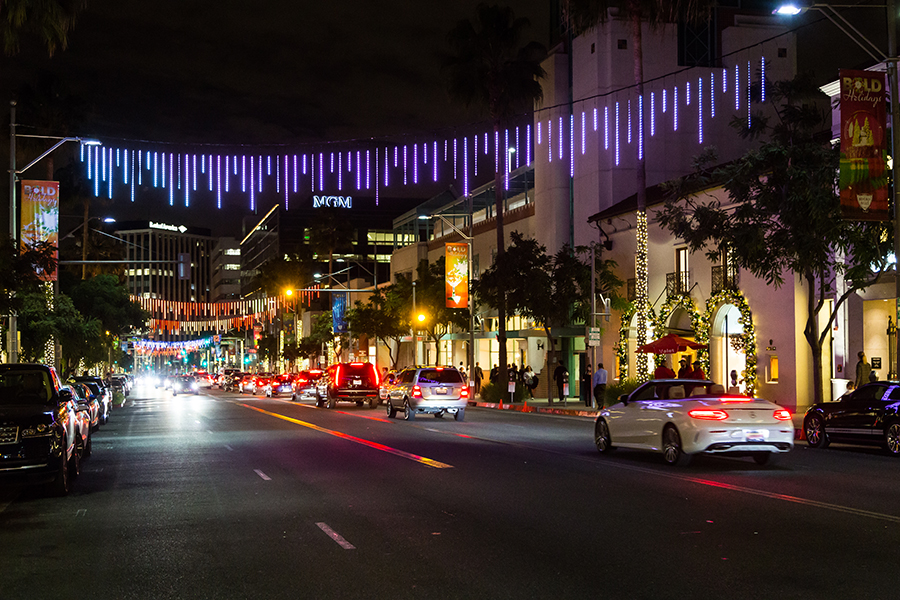 Stores and restaurants are open late as part of BOLD, along with holiday programming.
Courtesy BOLD 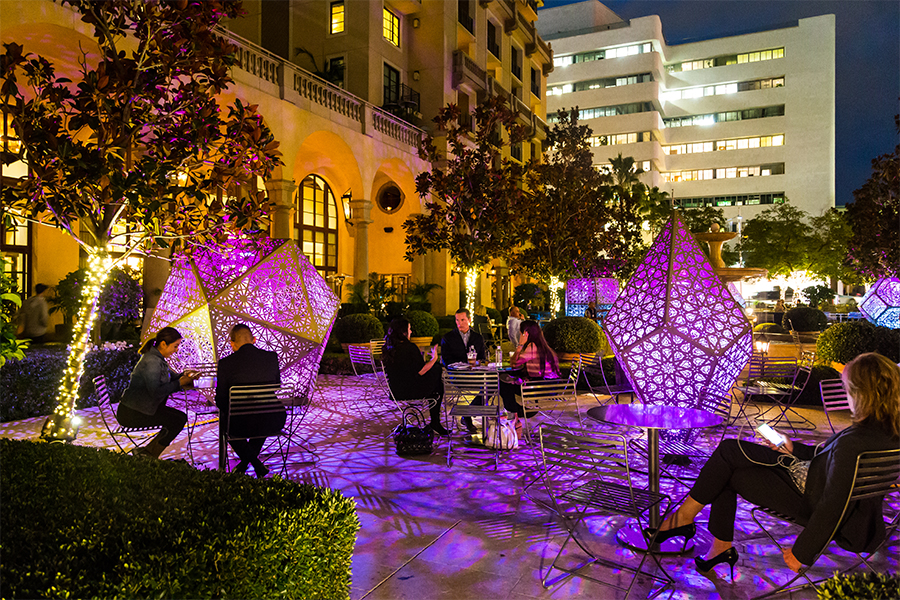 Art installations are a part of the initiative.
Courtesy Beverly Hills Hotel 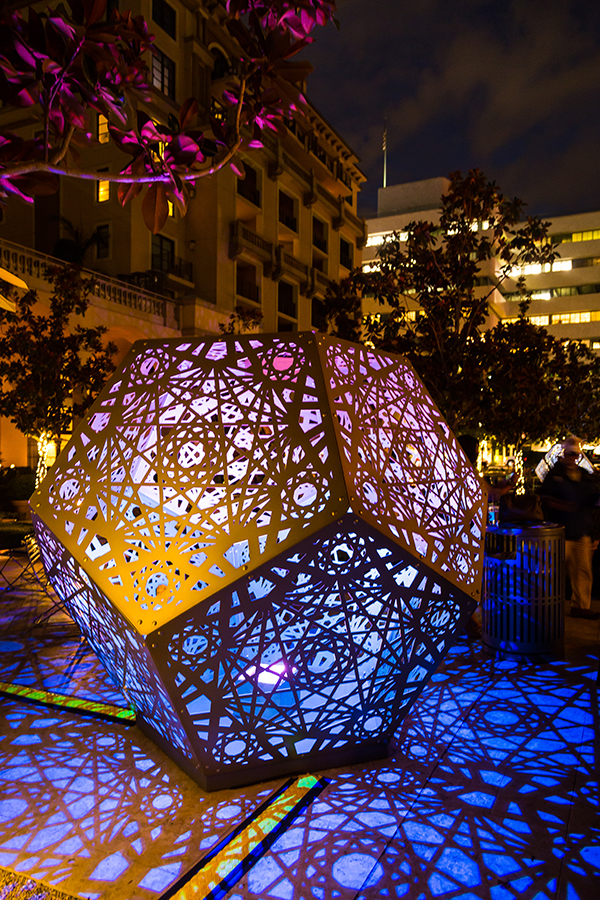 A design from HYBYCOZO.
Courtesy BOLD 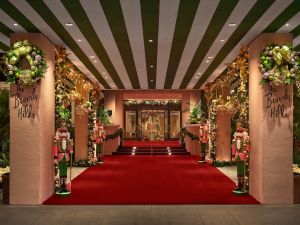 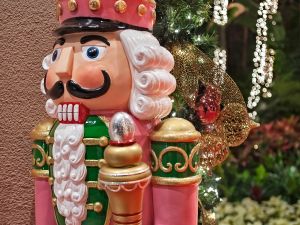 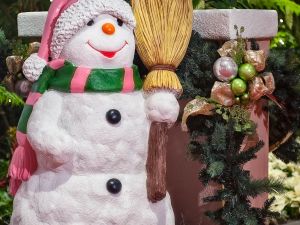 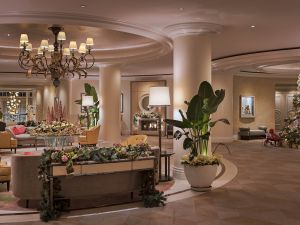 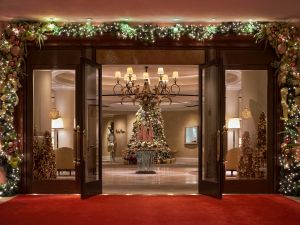 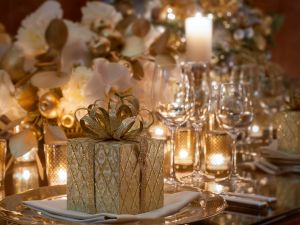 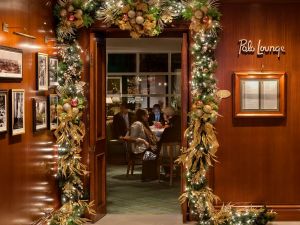 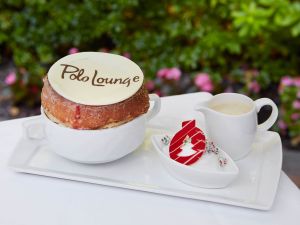 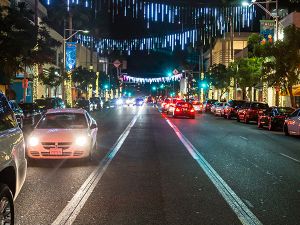 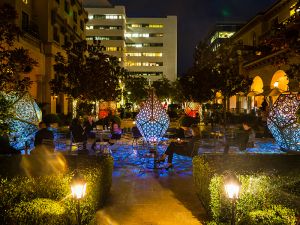 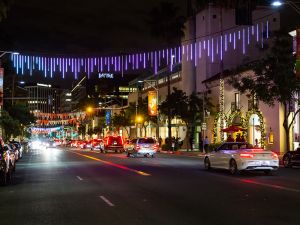 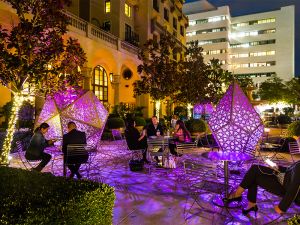 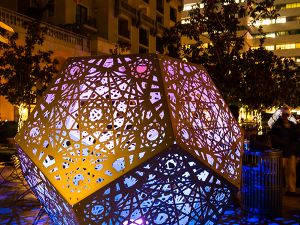 Beverly Hills isn’t exactly known for its buzzy nightlife. As busy as the shop-filled streets of the chic city may be during the day, you won’t find too many people milling about on Rodeo Drive after the sun sets and the shops have closed their doors.

However, the holiday season does showcase a more animated atmosphere, where Beverly Hills locals and visitors alike excitedly meander through the fashionably decorated streets and pop into the designer boutiques lining the sidewalks.

The bustling activity in the city is largely due to the Beverly Hills Open Later Days initiative—also known as BOLD, in which many of the luxe stores and eateries stay open later on Fridays and Saturdays, along with a number of events ranging from live music, performances, installations and holiday celebrations.

The second evening of #BOLDHolidays begins at 5 p.m. tonight! Shop until 8pm, enjoy restaurant specials & live entertainment. Need a @lyft? Receive $5 off when you enter promo code BOLDHOLIDAYS. For details & drop-off locations, visit the link in our profile. #OnTwoRodeo

Beverly Hills Mayor Lili Bosse first tested out the BOLD campaign in August of this year; the month-long trial was so successful that Bosse decided to bring it back for the holidays. “We wanted everyone to know that Beverly Hills has reinvented itself,” Bosse told Observer. They also wanted to remind the public that there are actually places to go in the neighborhood, past 6 pm.

During this holiday season’s BOLD, which started at the end of November and will continue through the end of December, Baccarat chandeliers illuminated Rodeo Drive, and various food trucks lined the streets, though there’s also an über luxe component, with small stands from shops like Ladurée, which was offering up boxes of macarons. There’s always music playing on Rodeo Drive, but during the holidays they turn it up a notch, with live DJ sets and performances.

On a recent trip to Beverly Hills during BOLD, there were even carolers on the streets, and “Fashion Santa” could be spotted by the Christmas tree, donning a chic tailored red suit in lieu of the traditional velour jumpsuit.

There are 29 restaurants that officially participate in BOLD, including Citizen, Café Gratitude and Jean-Georges, and the majority of the upscale boutiques like Chanel, Valentino and Jimmy Choo stay open until at least 8 pm. The later shopping hours “have attracted a variety of visitors, both local and foreign, to experience what Beverly Hills has to offer,” said Bosse.

“Beverly Hills is evolving to meet the needs of today’s consumer,” Bosse explained. “We are focused on making sure that we offer experiences that cannot be bought or seen online. Our BOLD Holidays initiative is focused on creating those experiences—from live DJs to food and beverage carts and trucks on the street during BOLD Holiday nights.”

Of course, BOLD is far from the only reason people are visiting Beverly Hills during the holidays, and one hotel, in particular, is always at the very top of everyone’s “best holiday decorations” list—we’re referring to the Beverly Hills Hotel, which is one of the most iconic spots in the glitzy city.

The classic hotel is known for its iconic pink-and-green color scheme and banana-leaf print wallpaper, and its impeccable hospitality. It’s easy to see where the hotel, which is comprised of 208 guest rooms and 23 bungalows, gets its well-deserved nickname, “The Pink Palace.”

The hotel manages to outdo itself during the holidays, with pink nutcrackers lining its red entry carpet, wreaths and trimmings galore and, of course, stylishly trimmed Christmas trees with plenty of presents and a multitude of toy cars underneath, including a bubblegum pink Mercedes.

The Beverly Hills Hotel is also where you’ll find the celeb-beloved, utterly photo op-worthy Polo Lounge, as well as the oft-Instagrammed and very exclusive pool, lined with private cabanas. Despite Beverly Hills’ reputation as a stuffy Los Angeles enclave, the hotel was teeming with guests of various ages, and not just children tagging along with their posh parents.

The Beverly Hills Hotel has long been one of the most alluring places to visit in the city and is a destination in and of itself. Combined with the BOLD initiative, it helps to make Beverly Hills a final destination for the holidays—not just a city you visit in passing.

And if you’re not able to make it over to the West Coast—more specifically, to Beverly Hills—before BOLD comes to an end, don’t fret. The mayor has been so pleased with the initiative that it’s turning into a bi-annual event. “We plan to continue BOLD next summer, and will bring it back for the holidays again,” Bosse declared.