Black Mirror is an inventive modern-day Twilight Zone anthology series that tells an ever-changing cautionary tale about the dangers of technology. For three seasons, series creator and writer Charlie Booker has brilliantly used this concept to tell sharply defined and unsettling stories about 21st century techno-paranoia. But how long can this series—and any anthology, for that matter—stay fresh? Season four of Netflix’s Black Mirror, which will hit the streamer on December 29, provides something of an answer.

There are distinct pros and cons to the anthology structure, especially the episode-by-episode format that Booker utilizes. On the plus side, it provides storytellers with a limitless canvas that can be designed and painted anyway they see fit. There are no restrictions (Picasso would have a field day as a showrunner). On the negative side, you’re forced to start from scratch every single time, which must be exhausting. At some point, you have to believe the engine might be running out of steam.

After being folded into the Netflix brand for season three and beyond, Black Mirror has been able to collect a more international cast. This is has raised the quality of performances across the board and brought a few more familiar faces into the show (the last few years have featured Jon Hamm, Bryce Dallas Howard, Mackenzie Davis, Jesse Plemons and other names you may recognize. Jodie Foster directs one episode this season). But even remarkably talented performers can’t wholly distract from the fact that season four of Black Mirror feels a tad too familiar, even if it’s still enjoyable.

Early episodes of the new run aspire to the heights of season one’s “The Entire History of You” and 2014’s “White Christmas” with Hamm. Not only do these installments appropriate similar technologies, but they also portray similar fallout. Stick your finger in the electrical socket one time, you get shocked. Do it again…You get the idea.

Like a remodeled house, there are new features and furnishings in these episodes, details and wrinkles and that dress it up attractively and catch our eye. A great feature length episode set in space, a tense and nightmarish all black and white fight for survival; there’s a lot to like. But then there are moments when the new coat of paint isn’t quite as thick and shiny and you’re reminded that in one way or another, you’ve been here before. Your terror is dulled and the show’s impact is cushioned because you can’t help but compare it to the similar arc of episode’s past.

Calling the season a rehash is far too harsh, but a modest recycling? That might fit. As such, some episodes don’t feel quite as cutting edge as the technology they’ve dreamt up. More fully functioning TiVo as opposed to the game-changing Smart TV.

Black Mirror‘s themes and delivery methods are still as poignant as ever though. When a mother fears for the safety of her child, how do her efforts to protect them end up shaping them? How does a parent’s paranoia manifest itself in the next generation? Is fantasy escapism healthy? Do we all have a monster lurking within us or are we just a product of society’s forces acting upon us, like a rounded stone in a river? The show cleverly leverages its reset structure to plop these kinds of stories into different genres like romantic comedies, slasher flicks, space adventures and revenge fantasies. In that sense, each episode has the potential to be different and new.

Booker landed on “Black Mirror” as the title when he was staring at the locked screen of his iPhone. The series is meant to direct a dark inspection inwards. He uses technology as a backdrop to study the human condition. But that structure can also lead to some tricky trouble.

Part of Black Mirror‘s appeal is quickly immersing yourself into each episode’s unique universe. What are the rules? Who are the characters? What aspect of this mostly familiar world is askew? But sometimes, the show’s admirable goal of shaking us out of our Bed, Bath & Beyond comfort zone leaves us looking too intently for that universe’s twists and creases at the expense of the story playing out right in front of us. It’s like Mr. Robot season two: we all know something’s coming, so we try to mentally jump ahead and if the reveal doesn’t meet our built up standards or is exactly what we predicted, it taints everything that came before it. Unfortunately, certain episodes fall prey to this trap.

Further muddying the intake of the new season is a self-referential and meta episode that tries to connect all of Black Mirror. While satisfying in a fan service-y type of way, the episode also works against the idea behind anthologies. Perhaps that was a self-aware zigzag given my critiques, a way to spice things up. And while there are certain delights to be had there, the entire thing plays out in far too predictable and try-hard fashion. It’s a rare example of the intellectual show getting a little too cute for it’s own good.

It sounds as if I hated the new season, but I didn’t. The first four episodes are solid, they just aren’t as good. There are no standout chapters like last season’s “Nosedive” and “San Junipero,” though Star Trek riff “U.S.S. Callister” comes close. The roundabout nature of it all is important to consider not just for Black Mirror, but for all the other anthology series coming our way in the near future. Apple signed an expensive deal with Steven Spielberg to bring back his sci-fi anthology show Amazing Stories. CBS All Access is in talks with Jordan Peele for a Twilight Zone revival. How do any of these shows stay fresh year after year?

This current deluge of content we’re seeing features more stories being told than ever before. But originality is like a nonrenewable resource. The more you use it, the quicker it runs out. 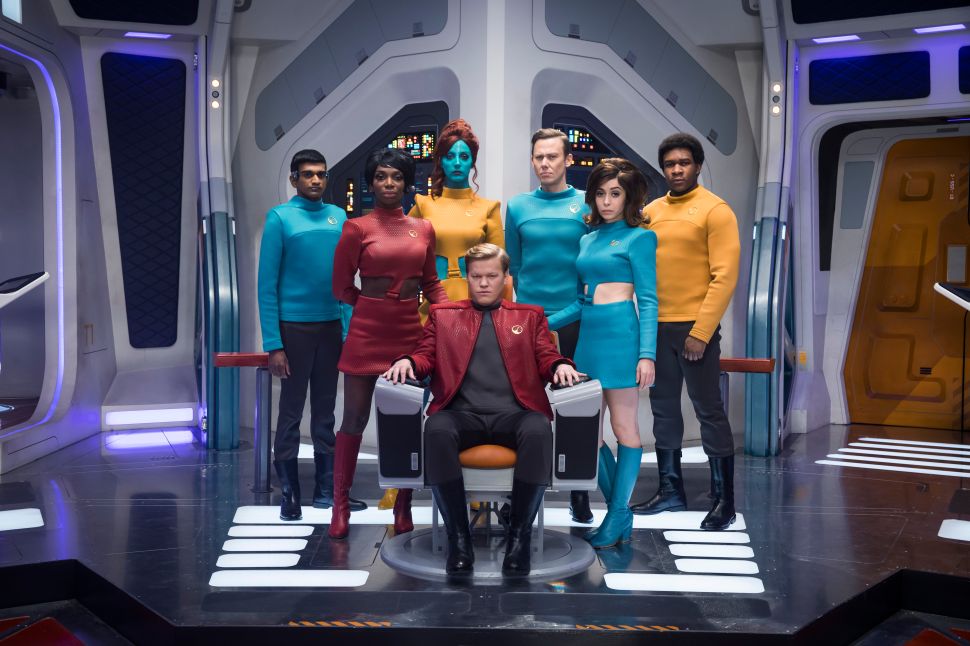