The legislation would ban state Comptroller Thomas DiNapoli from investing in stocks, securities or other obligations of companies or subsidiaries connected to private prisons, according to the New York Daily News. DiNapoli is responsible for the Common Fund’s performance, oversight and management.

The senator, Brian Benjamin, who is the ranking member on the Senate Civil Service and Pensions Committee, told Observer there is a “systematic approach” that enables mass incarceration. He also said he would examine a way to ensure disinvesting does not cause financial harm to pension holders.

“I think we systemically facilitate mass incarceration in our country and I believe that there are a range of things that are included in that,” he explained. “For me, when I think of for-profit prisons, I think of institutions whose bottom line is driven by the need for people to be imprisoned… and I just don’t believe—I don’t like that motivation. And on top of that, I definitely don’t like the fact that our pension money is sort of actually enabling that.”

“As I’ve seen these things happen and then the governor introduced his piece around the pension fund divesting … I just wanted this also in the conversation,” Benjamin continued. “I feel like when it comes to incarcerating primarily young kids of color, that the priority is not the same as for other things. So that’s where my energy came from to push this now.”

The senator has had conversations with DiNapoli’s office and plans to discuss implementation and timing with other stakeholders, including Cuomo, advocates and other elected officials. In the mean time, he described the first step as getting the language right and ensuring the goal of ending investment in private prison companies is not compromised.

“I wanted to plant the flag on the issue,” Benjamin added. “It’s not this language or nothing. It’s, ‘No, we need to move in this direction.’ Now how we get there, let’s talk about that.”

In June, newly elected Benjamin introduced a bill that proposes a three-year timeline for closing the Rikers Island jail complex. Mayor Bill de Blasio has proposed a 10-year timeline for shutting down Rikers. And at the end of November, Benjamin urged the state to investigate violence at Rikers.

On Thursday, Benjamin will hold a rally with pastors and community leaders to call for the closing of Rikers and for the Common Fund to disinvest from private prison companies. He added he will support other colleagues’ criminal justice reform legislation on issues such as bail reform, speedy trials and discovery law.

In October 2015, DiNapoli announced that the Common Fund was taking steps to reduce and restrict its investment in private prisons following a review, according to Tania Lopez, deputy press secretary for DiNapoli. She said the holdings are “minimal.”

“The office has been in communication with the senator regarding the legislation, but hasn’t taken a position,” Lopez said in a statement.

Spokespeople for Cuomo did not immediately respond to a request for comment on Tuesday. 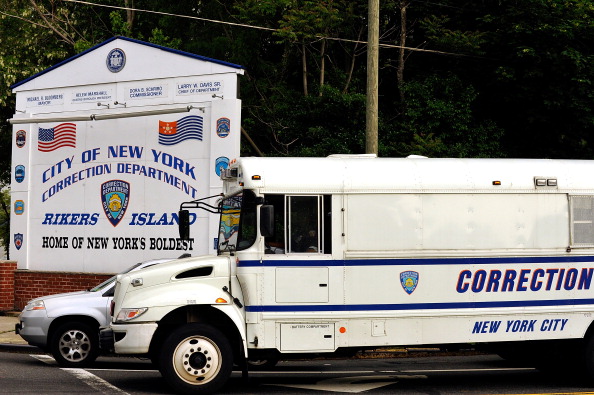