Five different wildfires are currently burning through Southern California. Over 116,000 acres of land are on ablaze, and more than 200,000 people have evacuated their homes due to the “apocalyptic destruction.”

Given the length, breadth and severity of the California fires, daily life in the country’s most populous state has ground to a standstill. Every industry, from education to fashion to entertainment, has felt the impact of the state of emergency.

Here’s a roundup of the blaze’s effects:

Anyone looking to make contact with loved ones in the fire’s path can use the push-to-talk radio app Zello, available in the App Store and Google Play. The six-year-old service allows users to get information about damage by simply searching the fire’s name followed by a city name (for example, “Thomas Fire Ventura”). People who are able to help can also use Zello to offer their services.

Zello can be activated using a Wi-Fi cellular or data network of 2G or higher. It’s particularly helpful for volunteer networks that need to communicate with each other after a disaster.

Another emergency app, FireChat, is also available for both Apple and Android customers. You don’t need a signal or mobile data to use it, which is why FireChat has become popular on planes and cruise ships.

But it’s also a good resource for on-the-ground disaster relief. The one caveat is that you need to create a group to chat with people more than 210 feet away.

WeWork is also doing its part to help out. All of the company’s co-working spaces in the Los Angeles area are open, and any WeWork members impacted by the fires can use any other area location—a company source told Observer that dozens of members have already done this.

In addition, Postmates and WeWork have partnered on a fire relief supply drive. The two companies are collecting food, , toiletries, pet food and emergency supplies like flashlights, which will be submitted to fire relief centers. Several Los Angeles restaurants are also taking part in the drive—the full list can be found here. 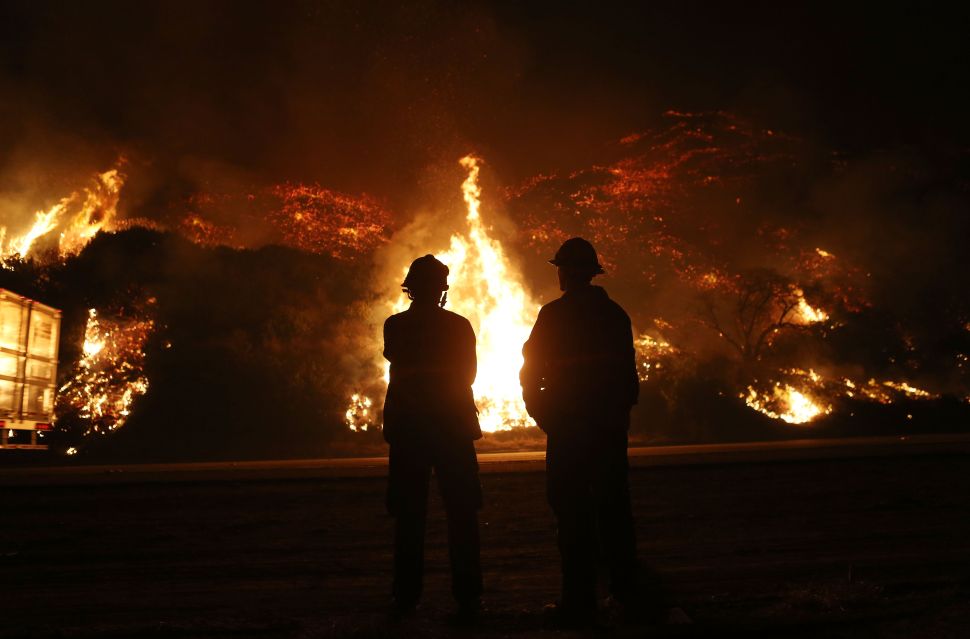