Until recently, chronic fatigue was widely known as a hyperbolic description of the exhaustion that accompanies everyday life, or an indication of an undiagnosed illness—rather than an illness itself. Sufferers of chronic fatigue were prescribed more sleep, more exercise, more nutritious meals, or more therapy. For those leading healthy lifestyles with no feasible cure in sight, the disorder’s constant misappropriation was extremely frustrating. Now, after decades of categorizing chronic fatigue as a psychological disorder, major health organizations are seeing it in a new light. Otherwise known to doctors as myalgic encephalomyelitis (ME/CFS), chronic fatigue is being addressed as a serious illness stemming from the autoimmune system’s reaction to infection or stress.

The NIH estimates that between 1-2 million Americans are currently living with ME/CFS, thanks to a wide range of possible diagnoses that reflect both the lack of research on chronic fatigue and the difficulty in properly diagnosing it. Chronic fatigue shares countless signs and symptoms with disorders such as insomnia, sleep apnea, diabetes, anemia, depression, anxiety, bipolar disorder, schizophrenia, and more, making it hard to identify in both adults and children.

Observer spoke to Dr. Nathan Holladay, MD, Ph.D., about the importance of medical recognition for ME/CFS and ways he helps his patients cope with the debilitating illness. Dr. Holladay specializes in ME/CFS at his private practice in Salt Lake City, Utah, where he treats the disorder as a physiological issue that can result from problems within the autoimmune, endocrine, and nervous systems as well as sleep issues.

On the uphill battle to achieve universal medical recognition for the disorder, Dr. Holladay explains the key to success is using the correct terminology. “Chronic fatigue simply means long-standing fatigue,” he explained. “The problem is that when people hear the words ‘chronic fatigue,’ they’ll say, ‘I’m tired too.’” In Dr. Holladay’s experience, widespread underestimation of the disorder’s severity simply from inaccurate wordage presents a major obstacle. “People refer to it as ME, but I prefer to use ME/CFS (myalgic encephalomyelitis/chronic fatigue syndrome. At the very least, say ‘chronic fatigue syndrome’ because you’re talking about something more severe.”

Dr. Holladay also cites conflicting views on the legitimacy of ME/CFS within the medical community as a contributing factor to the lack of research and funding the subject. “It’s been obvious to some of us [doctors] for years that people with ME/CFS have a real illness. Part of the problem is that doctors are being asked if it’s psychosomatic or organic,” he explained. “It’s obviously real and organic, but the problem is that doctors are still questioning if it’s a real illness.”

ME/CFS is a disorder that still baffles the medical community due to its tendency to contradict itself; it is a physiological illness that displays little to no physical symptoms. To make things worse, doctors in denial of chronic fatigue’s physiological basis can cause significant damage to their patients by prescribing vigorous exercise, sending them further into an exhaustive state.

Luckily, the CDC, NIH, and other major health organizations have taken a step in the right direction by giving the disorder the recognition it needs to receive more funding and research. “People with ME/CFS have fatigue that is very different from just being tired,” the CDC explains on its website. “The fatigue of ME/CFS can be severe; is not a result of unusually difficult activity; is not relieved by sleep or rest, [and] was not a problem before becoming ill.” The relatively new medical term ME/CFS connotes inflammation of the brain and central nervous system as well as pain in the muscles and joint, reflecting the dual physical and psychological nature of the puzzling illness.

As the debate over the physiological basis of ME/CFS continues, Dr. Holladay outlines the key indicators of the disorder being more than just a tired feeling that’s all in one’s head. “Most [patients] will have diffused pain like fibromyalgia, ongoing sore throats or sore glands, poor cognitive function, and sensitivity to light and sound.” Dr. Holladay pinpoints these physical symptoms to physiological issues in the brain and in the way the body is able to process energy. To Dr. Holladay, the presence of a crippling, serious disorder in is patients is clear—feeling “exhausted” doesn’t even begin to cover it. “Some people with chronic fatigue syndrome would tell you they’d be down for the next three days after a trip to the grocery store. Some can’t even leave the house.”

By addressing ME/CFS as a serious illness, doctors are paving the way for potential cures to a widely misunderstood disorder. Those who suffer from the disorder are also making their voices heard in the search for a cure. “There’s a lot of patient activism. I see it on social media. They’re pushing for increased recognition and I think they’re glad to see progress is being made.” 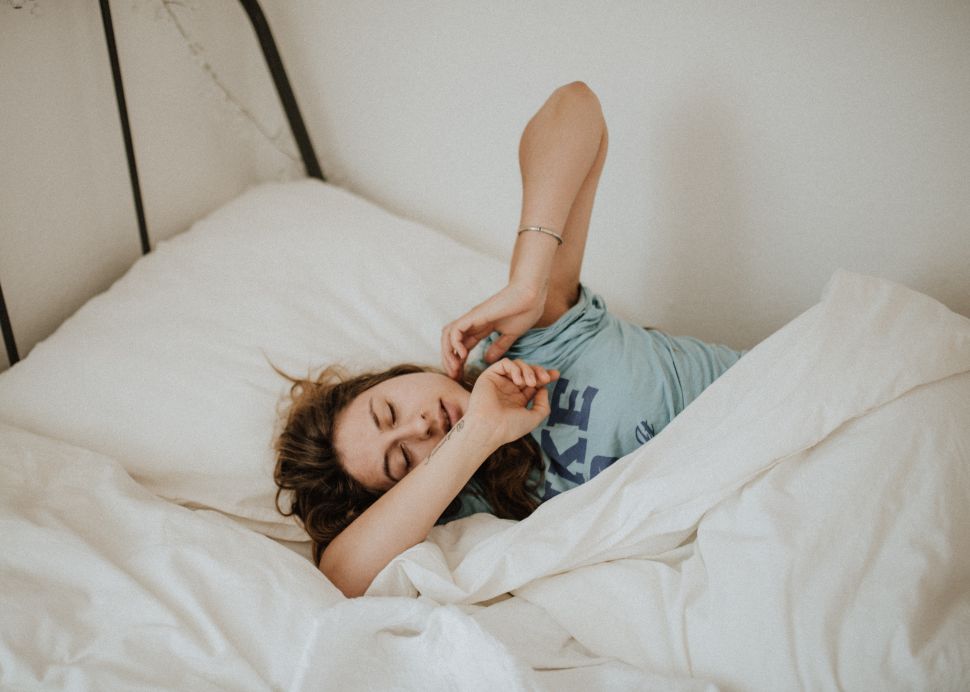