Ridley Scott deserves credit for risking the derailment of his latest film, All the Money in the World, by reshooting all of Kevin Spacey’s scenes following the actor’s sexual misconduct scandal. Sony deserves credit for supporting Scott’s mad dash race to the finish line to try and meet the movie’s original release date. But Christopher Plummer may deserve the most credit for stepping in on the shortest of notice with just nine days to portray one of the wealthiest and most powerful men of all time.

How did he do it and didn’t he feel overwhelmingly rushed?

“No, because we created our own pace,” Plummer told The Hollywood Reporter. “And Ridley covered it so wonderfully with his cameras that nobody waited; we did it very quickly. Ridley is so quick in shoots—he only does one or two takes because he covers it so well with cameras. He knows exactly how to cut a picture. He’s the best of the old-fashioned kind of directors who really knew the cut version of a picture before they even walked on set. Hitchcock is a perfect example, and it was all worked out long before anyone said a word. In a sense, Ridley is the same. He’s got modern ideas, of course, and a huge imagination. I think he actually cut in his hotel room because we had to work so quickly.”

Plummer’s work in the film has already been rewarded with a Golden Globes nomination; not bad for a bit more than a week in front of the camera. But to be put in the pressure cooker like that and deliver a quality performance is one hell of a challenge, even for a venerable acting veteran such as the 88-year-old Plummer.

“Learning all those lines [was the biggest challenge],” he told the outlet. “They got easier and easier. I did the most difficult scenes first, which on paper looked scary as hell but it’s actually the best way to capture it and do it right away, so you either fail miserably or you’ve got it. That was the choice that was on the schedule, and I welcomed it when I realized we’d get rid of the hard stuff first — all the sensitive parts of the creature, and the long, rather involved speeches that he makes. It wasn’t so hard, and I got to know the creature better myself. It sort of reminds me a bit of the theater, where you do the whole evening on memory, so it wasn’t too uncomfortable. And then I got into a rhythm, and thought, wow, what an ideal way to work! I could do King Lear in nine days! I sort thought I was becoming a nine-day wonder!”

A wonder you are, Plummer. It’s truly amazing that he and Scott managed to complete their work in time for a December 25 release date. Bravo. Any last words of advice for thespians who find themselves in a similar situation in the future?

“Just learn your lines, for crying out loud, as quickly as you possibly can. And stay off the booze for the first three days at least, so you have a clear mind. (Laughs.)” 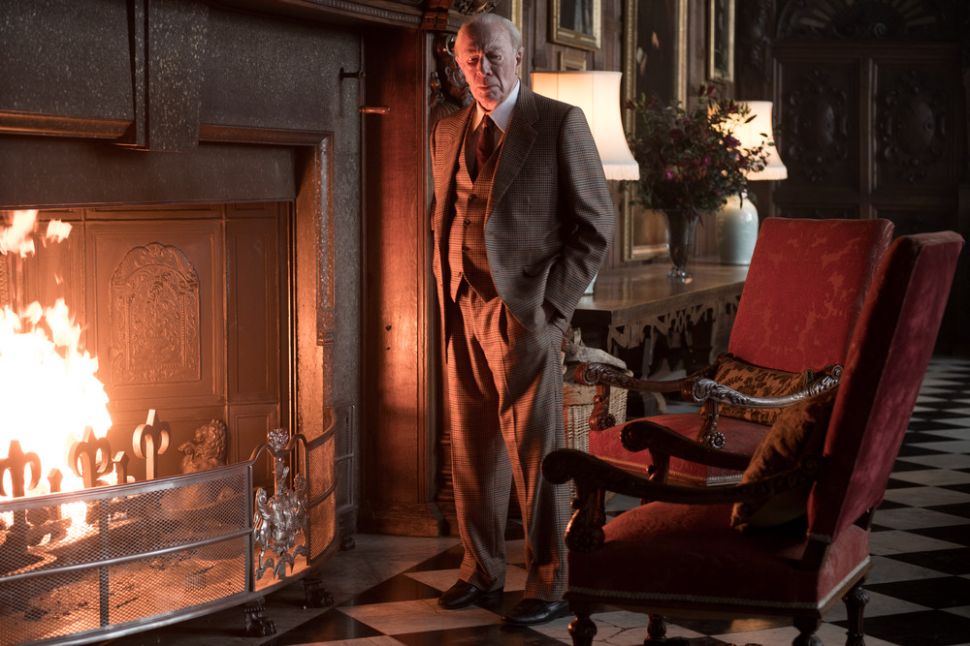