E. Hunter Harrison, president and CEO of CSX Corporation, died Saturday in Wellington, Fla. due to “unexpectedly severe complications from a recent illness,” the company announced. He was 73.

Harrison’s death followed the sudden announcement that he would be on medical leave, reported just two days earlier. CSX’s share price slid by 8 percent following the company announcement, losing $4 billion in market value. Having been only nine months on the job, Harrison left an unfinished mission to turn around the 190-year-old railway company.

Harrison joined CSX in March this year to replace former CEO Michael Ward, who had been head of the company since 2003. Harrison’s appointment was part of a major leadership change, made at the demand of hedge fund investor Mantle Ridge, who held 4.9 percent of CSX’s stocks.

In addition to a change in CEO, Ridge also strongly advocated for a restructuring of CSX’s board, and eliminating middle management roles.

Harrison’s career in railroad spanned more than five decades. He served as president and CEO at Illinois Central Railroad from 1993 to 1998, until Illinois Central was acquired by Canadian National Railway. Following the merger, he was appointed vice president and chief operating officer at Canadian National and was promoted to president and CEO in 2003. He served at the company until his retirement in 2009. This reputation of being able to quickly revive struggling railway companies made him a friend of Wall Street investors like Ridge.

In 2011, Harrison came out of retirement for a position at Canadian Pacific Railway at the urging of Wall Street investor Bill Ackman. Ackman owned a stake of the company through his hedge fund, Pershing Square Capital Management. He approached Harrison to join forces with him in an effort to shake up the railway’s board seats and management. Harrison joined Canadian Pacific as CEO in 2012.

Upon learning of the news, Harrison’s former employer, Canadian National, refused to pay him $40 million in pension benefits, alleging that he violated a non-compete agreement with the company by joining a Canadian Pacific. Harrison’s lawyer fought back, saying there was no legal basis for stopping retirement payment, Canadian news site The Globe and Mail reported.

Harrison left Canadian Pacific in January 2017 after being approached by Ridge, and joined CSX in March.

In June, CSX shareholders voted to approve an $84 million payment to cover lost compensation at Harrison’s previous job at Canadian National. Shareholders knew of his health problems at the time, the Wall Street Journal reported.

CSX declined to discuss details of Harrison’s medical conditions, per company policies, but he told the Journal in a May interview that he occasionally needed an oxygen mask to help with a shortness of breath. 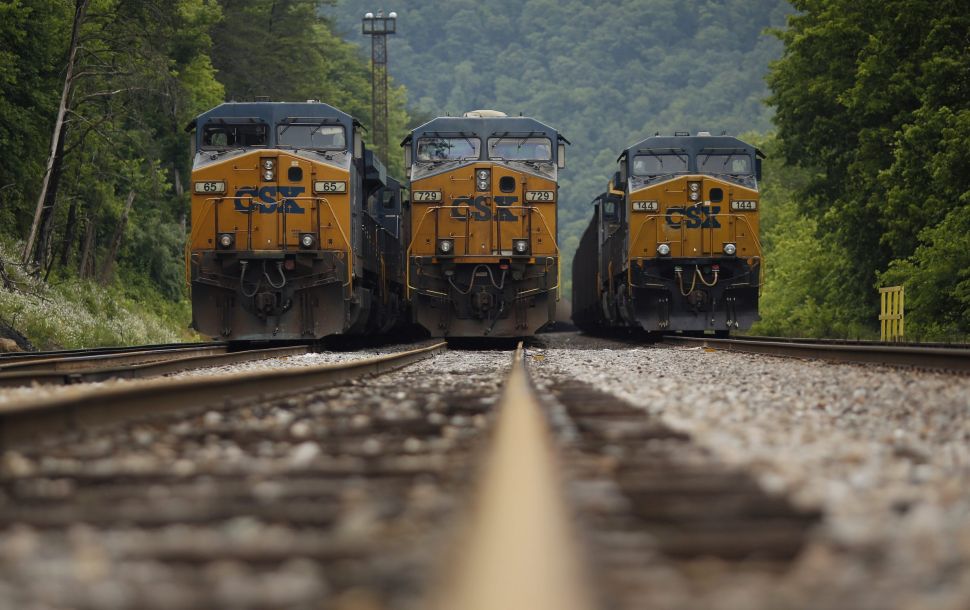