How’s this for a holiday gift: Dave Chappelle will be dropping not one, but two new stand-up specials on Netflix come New Years. We already knew that Equanimity was going to poke fun at Trump voters, now we’re excited to see what Chappelle has in store for The Bird Revelation.

Earlier this year, the comic released The Age of Spin: Dave Chappelle Live at the Hollywood Palladium and Deep in the Heart of Texas: Dave Chappelle Live at Austin City Limits on the streaming platform, though both had been filmed prior to his deal with the company. They marked his return to mainstream comedy after more than a decade out of the limelight. Netflix is said to have paid Chappelle a whopping $60 million in total, which would entice us to come out of retirement as well.

Chappelle has launched himself back into the spotlight in explosive fashion this year. In addition to his two well-received specials, he also hosted the first Saturday Night Live episode following the 2016 presidential election. The gig drew widespread praise and led to hilarious sketches such as these:

“The comic’s unexpected swerves and inspired segues are often the best thing about the specials: They add suspense, because you never really know what he’s going to say about Key and Peele, Chris Rock, Kevin Hart or the Care Bears, or where those comments will land on the sincerity scale (though it’s not a stretch to conclude that Chappelle really does love the Care Bears). Leaning against a speaker or perching on a stool, Chappelle looks utterly relaxed, and has the great, unforced timing of someone who knows exactly where his routine is headed and how he’ll get there.”
Collider’s Evan Valentine wrote:
“When all is said and done, these specials are most assuredly worth your time. They are excellent representations of the art form of standup comedy, delivered by a master of his craft.” 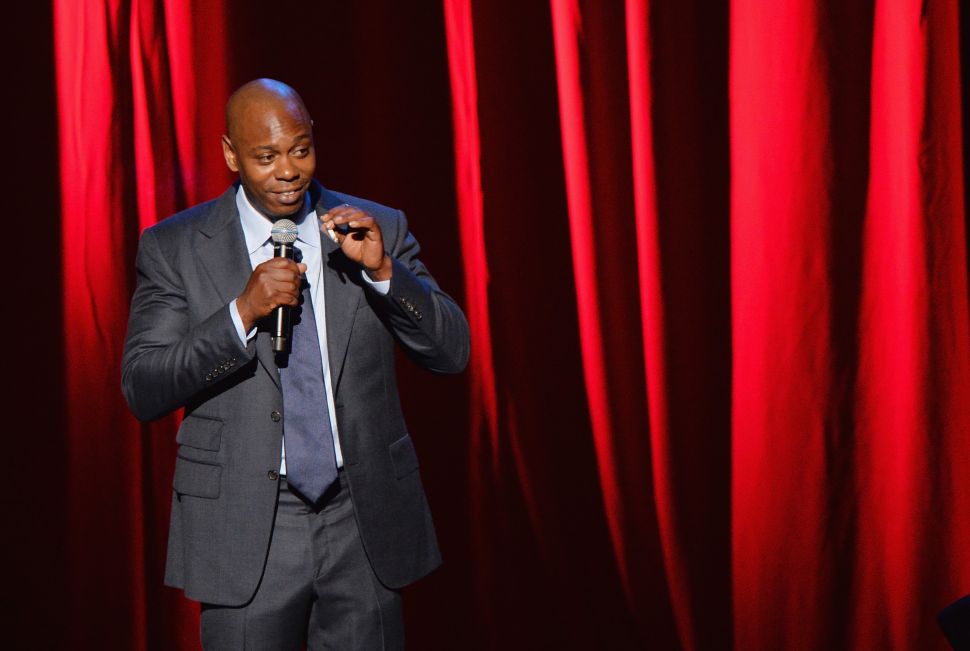