Team Blue has been consumed lately with sexual misconduct allegations against U.S. Senate candidate Roy Moore, the Republican tax bill, and the scandal du jour of the Trump administration. But Democratic leaders have been largely quiet on net neutrality, an issue that could animate a significant segment of the population and help improve the party’s political fortunes.

Oh, it’s not like Democrats can stop this train. Republicans control the Federal Communications Commission (FCC) 3-2. Net neutrality is finished, regardless of how many well-meaning people offer opposing comments, at least until Democrats regain control of the FCC, which can’t happen before January 20, 2021, as the president appoints the commission’s chair (and deciding vote). Despite the ongoing delusions of the left that the Trump administration will be excised root and branch due to one scandal or another, the established presidential order of succession and practical politics ensure Republican control until at least the next election, regardless of whether Trump remains president or not (which he will).

Nevertheless, Democrats are missing the boat in demonstrating to millennials that they will fight for an issue that matters to them. The tech-savvy generation, more than others, understands what the end of net neutrality means—and they don’t like it at all. If Democrats had been louder on this issue, they would have shown that the party cares about what’s important to young people.

One can immediately sense the eye-rolling of Democratic leaders of a certain age, and since most of the party’s national leadership is of a certain age, that’s a lot of eye-rolling. No doubt these geniuses—who have managed to repeatedly lose for a generation—would like us to know that catering to millennials is a fool’s errand because, according to them, millennials aren’t reliable voters.

Perhaps millennials don’t vote in large numbers because they don’t think anybody running for office understands or cares about what they care about. While Democrats continue in vain to appeal to white suburban Baby Boomers (many of whom left the party years ago and aren’t coming back), it’s the millennials who roll their eyes. They are not especially interested in the dated political priorities of an earlier generation who millennials believe ruined the country, poisoned the planet, and mortgaged their future.

Worse yet, Democrats seem to have missed that millennials outnumber Baby Boomers. If Democrats could mobilize young people, they could sweep the more conservative, older generations out of power.

In an era of intense political polarization, it no longer makes sense to court “swing voters.” There aren’t many truly independent voters anymore, even though more Americans call themselves “independents” more than ever before. Whole swathes of older, regular voters, particularly in the South but increasingly (and disturbingly) in the election-swinging Midwest, have abandoned the Democratic Party with no intention of returning. We are about to see how deeply these battle lines have been drawn, as embattled Republican Senate candidate Roy Moore is moving back ahead of his Democratic opponent in the lead-up to the December 12th special election in Alabama. If the polling trends over the last few days are correct, a plurality of Alabamians are rationalizing that helping Democrats would be worse than electing a man accused by numerous women of hitting on them when they were teenagers and he was well into adulthood.

Democrats’ only hope is getting non-voters to vote. And their clearest opportunity is millennials, a generation with massive numbers that, to a large degree, is currently unmotivated to vote.

Further, the numbers show that non-voters prefer the Democratic Party over the Republican Party by large margins. This is also true of young voters. Survey Monkey, relying on post-election interviews from the 2016 contest between Trump and Hillary Clinton, concluded if only millennials had voted in that election, Clinton would have won a massive 42-state landslide with 496 out of 538 electoral votes.

Perhaps rather than whining that millennials are unreliable voters, Democrats should figure out how to motivate them. But this is going to be difficult as long as the party is led by elderly leaders who are out of touch with the younger generation. And they are demonstrating how out of touch they are by not getting all over the net neutrality issue.

With the Republican Party in charge of the entire federal government and massive swathes of the states, disenfranchising millions of potential Democratic voters and locking down the federal judiciary at an alarming rate, it is making all the moves necessary to cement its control of America. Democrats need to understand that the future is now. If the party doesn’t learn to speak millennial—immediately—it may miss its last opportunity to stop Republicans from effectively establishing permanent one-party rule of this nation. 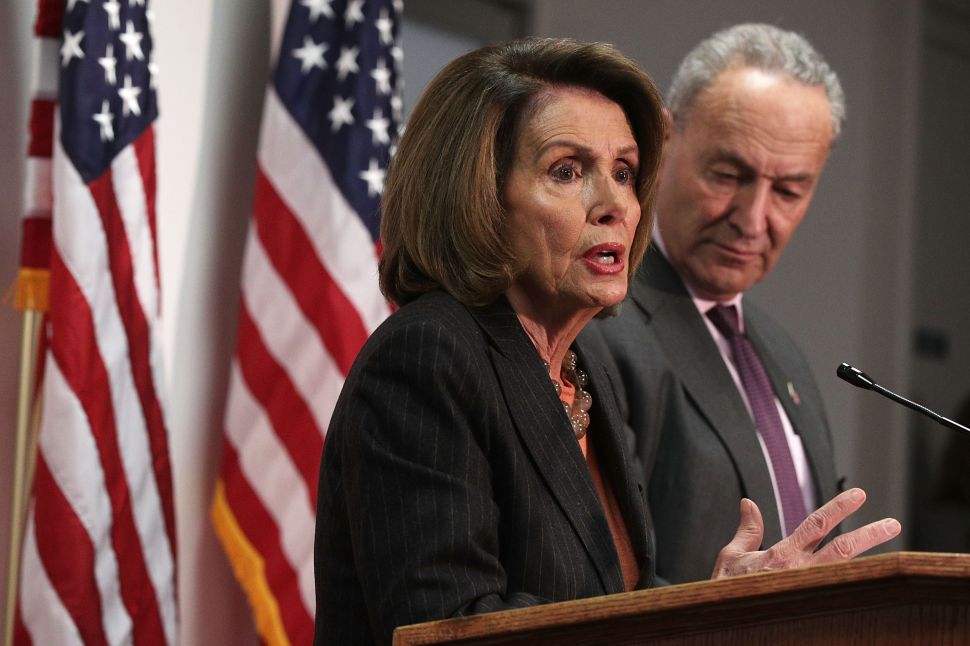