If Sarah Huckabee Sanders were the press secretary for any other President and rattled off a list of the year’s accomplishments—tax cuts, containing ISIS, stock market gains, lower unemployment rates, appointing a competent Supreme Court Justice—regardless whether you agreed with her take on any of these specific issues, you’d still grant that they got some stuff done. But of course, because of everything else that happened in the Oval Office this year—the ceaseless barrage of lies, scandals, corruption, investigations, demagoguery, racism—voters aren’t noticing any of it. They’re focused on the circus.

For Donald Trump to be successful, and to improve his odds of re-election, he’d be wise to keep his mouth shut. No more tweeting. No more picking fights with Lavar Ball. No more attacking sitting Senators, Mayors, Governors and foreign leaders as if they were his primary opponents in the campaign. No more saying and doing whatever it takes just to get attention for the sake of attention. The problem is, while that may be a formula for political success, it’s the last thing that would actually make Trump happy.

In my experience working in government and politics, 99 percent of politicians are desperately insecure, self-loathing people who lack the talent to achieve anything meaningful in any other profession and can’t live without the validation that comes with running for and holding office (the one notable exception I’ve seen is Mike Bloomberg). For pretty much every politician, the means of getting elected is the end. Attention is their oxygen. Filling the hole in their psyche matters far more than actually accomplishing anything (if that weren’t true, we wouldn’t have so much dysfunction and polarization).

Trump is just the logical conclusion of this perversion. He ran for office because he needed more attention than he was getting as a reality TV host and real estate developer. He said whatever he had to say during the campaign to get attention and, because he cleverly spotted and exploited an opening among the base, it worked.

But Trump being Trump as a novice outsider candidate is very different from convincing a majority of the voters to give you another four years. Sure, Steve Bannon wants a conservative revolution. But most voters don’t care. They just want a better economy. And ironically, the economy is pretty good. But no one’s seeing it because Trump’s desperation for attention of any kind overshadows the important issues that voters actually care about.

Trump (or his spokespeople) can blame the media for not focusing on their accomplishments, but if you give anyone a choice of covering a three-hour panel about housing policy or getting footage of the naked guy streaking outside the panel, they’ll always pick the naked guy. Stop streaking and they’ll have to cover what you’re actually doing.

At the end of the day, Trump has to make a choice. Does he want to focus on his legacy (accomplishments, being re-elected)? Or does he want to satiate his ego? And yes, given his innate personality, that really means a choice between being successful and being happy. The problem is, Trump is no different from pretty much every politician. The psychosis always wins (and the voters lose). Every single time. 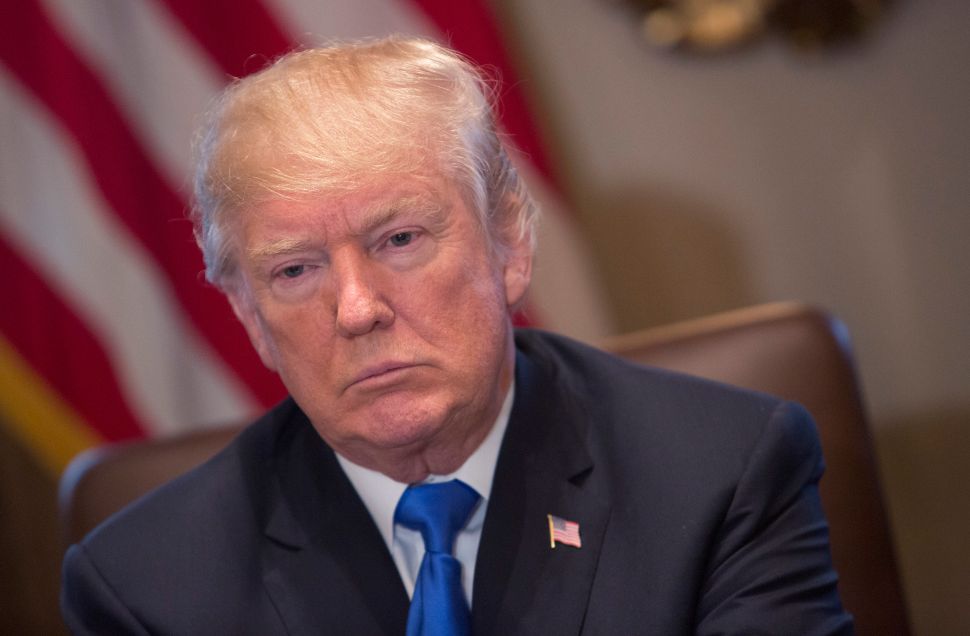