As we finish out the year 2017, America is in the grips of spy-mania. The hunt for secret agents of the Kremlin is afoot in our nation’s capital in a manner not seen since the early years of the last Cold War, when fears of Red espionage nearly brought our politics to a standstill. Today, Americans who displayed no concerns about counterintelligence until last year—or even last month—are brimming with passion in their self-styled hunt for traitors and Putin lackeys.

Let it be stated that a serious exercise in counterespionage is warranted in Washington right now. It’s obvious that Russia’s intelligence agencies played a nefarious role in our 2016 election, spreading weaponized lies, pushing disinformation, and employing venerable espionage tricks to shift our political debates to Moscow’s advantage. Robert Mueller and his investigators are unraveling that unpleasant story right now, which promises to be unflattering to President Donald Trump and his administration.

However, it’s dangerously easy to imagine a bigger and better-planned Russian conspiracy than actually existed. By their nature, Chekists like Vladimir Putin excel at tactics, particularly the shady and spooky sort, while lagging at strategy. When you’re caught up in the intricate nitty-gritty of clandestine spy-games, it’s easy to miss the bigger political picture.

This increasingly seems to be the case with Russia’s intelligence operations in 2016. In The Atlantic, Julia Ioffe has a new piece that convincingly portrays the Kremlin’s pro-Trump activities last year as the unexpected triumph of ad-hoccery. In Ioffe’s telling, the various Russian spy-games that helped propel Donald Trump to the White House were mostly a reaction to President Vladimir Putin’s anger about the April 2016 release of the Panama Papers, which embarrassed the Kremlin.

In response to what Putin considered an American Active Measure—to use Chekist parlance—he unleashed his spies, hackers, and trolls against Washington, Hillary Clinton especially. What followed was an imperfectly coordinated torrent of weaponized lies, propaganda, and forgeries of the kind that the KGB excelled at during the last Cold War, now sped up by the Internet. Although this represented an ad hoc spy offensive more than a brilliantly coordinated strategic operation, it worked as intended. As Ioffe observes acidly, “A forgery, a couple groups of hackers, and a drip of well-timed leaks were all it took to throw American politics into chaos.”

To anybody acquainted with Russia’s spy services, Ioffe’s account rings true in its depiction of aggressive clandestine operations without much defined strategic purpose. It was persistent American weakness in counterintelligence combined with our already dysfunctional politics that got Moscow’s job done in 2016, more than any innate Putinesque genius.

This means it’s high time to finally take countering foreign espionage seriously while assessing its significance in a balanced, analytical fashion, free from bias and panic. Fortunately, there’s ample historical evidence to go on. Let’s take the example of the spy-mania of the late 1940s and early 1950s, when Senator Joe McCarthy convinced millions of Americans that Washington was teeming with secret Red agents burrowed deep in our government. Although he was never more than a boozy charlatan, McCarthy was more accurate than not in a very generalized way: Our nation’s capital indeed was swiss-cheesed with Kremlin spies.

However, Tailgunner Joe was punching in the air on specifics, making up allegations as he spoke. He knew nothing about VENONA, the above-top-secret codebreaking program that revealed the shocking extent of the spy networks that the Soviet Union had recruited in the United States during the 1930s and 1940s. Those networks included many Washington functionaries, some alarmingly senior, but in only two cases did identified Kremlin agents pass secrets to Moscow that had decisive historical impact. First, Julius Rosenberg, with help from his wife Ethel, gave the Soviets atomic secrets that aided Moscow in detonating a nuclear weapon in 1949, years before anybody in Washington thought they would. Second, William Weisband, a traitor inside our codebreaking effort, betrayed our ability to read top-secret Soviet messages, a loss with major impact on the course of the Cold War.

It seems unlikely that anyone associated with Team Trump will turn out to be an arch-traitor at a Rosenberg or Weisband level. Instead, just as depicted by VENONA, unmasked Kremlin agentry will involve a bunch of disloyal Americans doing a myriad of illegal things to clandestinely aid Moscow, cumulatively leading to diplomatic and political pain for our country and commensurate gain for Russia.

It was obvious long before VENONA that espionage, the work of secret agents, is dangerously easy to overestimate in importance. A hundred years ago, at the height of the First World War, modern intelligence already existed. It was a creation of that world-changing war, and nothing particularly new has happened in the intelligence world in a century.

By 1917, there already existed all the pieces of the spy puzzle we are acquainted with today: secrets stolen by human spies, pictures taken from the sky, signals intercepted and codes broken, plus the unified analysis of all that information to create modern intelligence as we know it. A hundred years ago, only one country had put all those intelligence pieces together in a unified spy organization, yet ironically that effort in 1917 was considerably better organized and functional than America’s behemoth, 16-agency Intelligence Community is today.

That country was Austria-Hungary, an ancient monarchy that was doomed to disappear in defeat at the end of the First World War, yet along the way it built the first modern intelligence organization. Its architect was General Max Ronge, who understood the importance of technology and particularly of signals intelligence and codebreaking, and he built Austria-Hungary’s intelligence arm around its outstanding SIGINT effort, which cracked the codes of Russia, Italy, and others with ease.

That effort kept ailing Austria-Hungary in the war—without SIGINT it would have been defeated by the end of 1914, the General Staff admitted privately—and although its successes are unknown beyond the thin ranks of intelligence historians, Max Ronge can be fairly said to have invented modern intelligence. His comments therefore merit our attention even today.

In 1930, when he published his first memoir of the secret war that raged from 1914 to 1918, Ronge gave a memorable interview in which he lambasted popular understanding of what the spy business really was. “The public has false ideas about the value of a spy and the importance of espionage; no high command would ever base its activities on a spy’s report alone,” he stated.

The real master of the modern battlefield was SIGINT, bolstered by all-source analysis, while secret agentry, which was difficult to manage in a timely fashion in peacetime, became near-impossible to rely on in wartime. As Ronge explained:

Eighty percent of the books, memoirs, etc., about spy activities published since the war are nothing but sensational exaggeration. Those vibrating novels which relate how beautiful ladies steal secret plans from the dossiers of drugged or infatuated General Staff officers are childish. Espionage is only a single wheel in the tremendous mechanism of the intelligence service and there is very little romance about intelligence work, which is a very sober occupation, demanding infinite organization and care.

That statement was true then, and it’s equally true today. Spies frequently make for better movies and novels than reliable intelligence sources. While it’s important that Robert Mueller and his investigators unravel the full extent of Kremlin intelligence operations against our country in 2016—particularly because there’s every indication that Moscow will do the same again in 2018 and 2020—this needs to be done with seriousness, not sensationalism. Counterintelligence work driven by politics rather than facts can prove ruinous, as Senator McCarthy demonstrated.

Russia’s awareness of our politics and national security extends far beyond its secret agents and online spy-antics. As I’ve explained before, there are troubling indications that the Kremlin has been able to read America’s classified government communications for years; here traitors like Edward Snowden likely played a catastrophic role, although there’s evidence that this problem predates Snowden’s defection to Moscow in mid-2013.

If Moscow has been reading America’s secret mail, this might explain many of our egregious foreign policy missteps in recent years. It also indicates that our counterintelligence problems extend far beyond Team Trump and the 2016 election. Which would be exactly what a savvy old spymaster like Max Ronge would expect, looking at the evidence at hand. 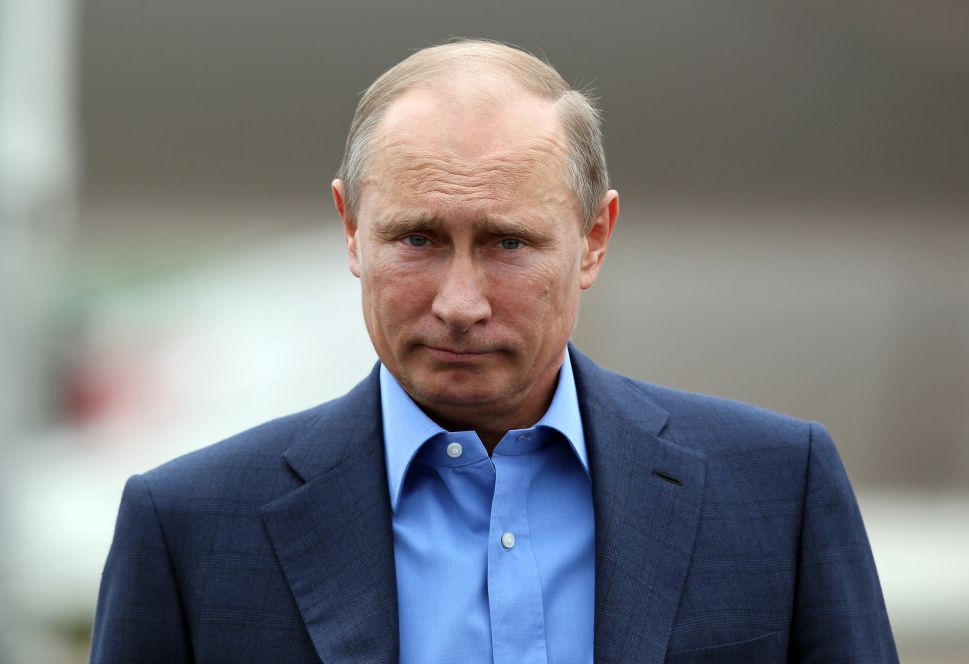