Female stars are set to protest sexual harassment in Hollywood by wearing all black to the 2018 Golden Globes ceremony and it looks as if several male stars will be joining them.

Many A-list actors have voiced their support to the cause while some have announced that they will be joining in the protest. The list includes Dwayne “The Rock” Johnson, Tom Hiddleston and Armie Hammer, who all will wear black on the red carpet according to their stylist Ilaria Urbinanti. Though the intent is noble, it is commonplace for actors to wear black tuxedos to award shows already. Thus, their participation has been criticized as an empty gesture by some online.

Urbinanti confirmed that Johnson, Hiddleston and Hammer will be joining their female colleagues in an Instagram post.

Because everyone keeps asking me… YES, the men WILL be standing in solidarity with women on this wearing-all-black movement to protest against gender inequality at this year’s Golden Globes. At least ALL MY GUYS will be. Safe to say this may not be the right time to choose to be the odd man out here… just sayin…

“YES the men WILL be standing in solidarity with women on this wearing all-black movement to protest against gender inequality at this year’s Golden Globes. At least ALL MY GUYS will be,” Urbinanti wrote last week on Instagram.

Johnson responded to Urbinanti’s post, writing “yes we will.” Karla Welch, another celebrity stylist who has worked with Tracee Ellis Ross, Olivia Wilde, Elisabeth Moss and Sarah Paulson, responded with a series of supportive emojis, suggesting that her clients may also follow suit.

Earlier this month, a handful of prominent actresses announced that they would don all black outfits to the 2018 Golden Globes to protest sexual harassment, which has been exposed throughout Hollywood ever since the Harvey Weinstein scandal broke in October. Since then, other big names in the entertainment and media industry such as Kevin Spacey, Louis C.K., Matt Lauer, Charlie Rose and Brett Ratner have faced their own accusations of sexual misconduct.

Johnson (Jumanji: Welcome to the Jungle), Hiddleston (Thor: Ragnarok) and Hammer (Call Me By Your Name) all have big films out at the moment. The 2018 Golden Globes will be held on January 7. 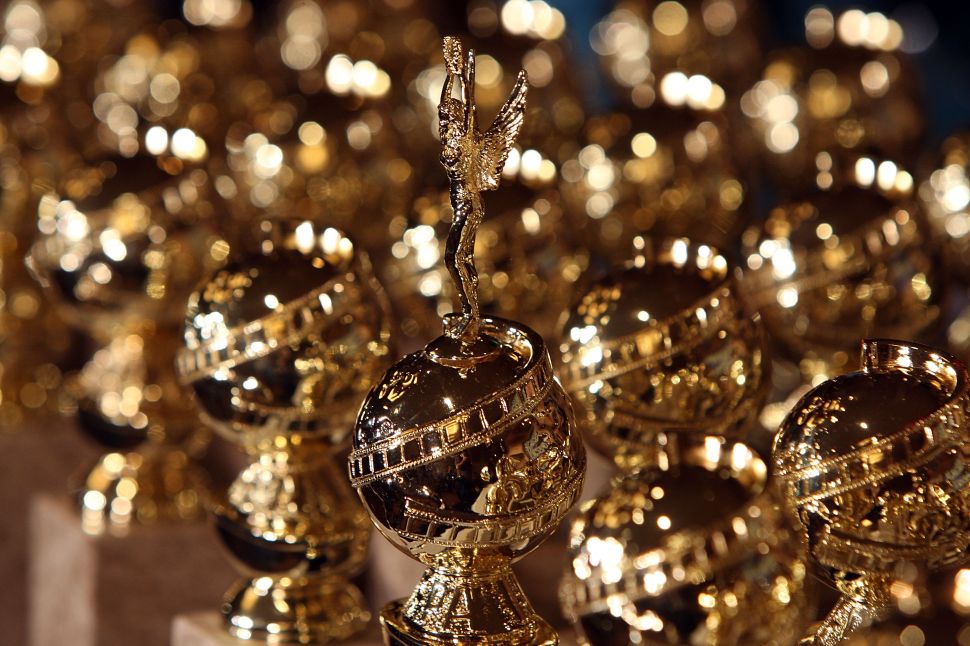