If Jesse James were alive today, he would probably be a progressive Democratic Senator from Massachusetts. When they asked Mr. James why he robs banks, he replied, “Cuz that’s where the money is.”

There is no better summary of the economic philosophy of Sen. Elizabeth Warren. Whatever you produce and sell, Warren seems to think it would be only fair to require you to give it away for free. If she was on the Indian Affairs Committee, she would probably be introducing the Free Tomahawks Act of 2017.

After hackers broke into Equifax and stole the personal information of more than 140 million Americans, she introduced the Freedom from Equifax Exploitation Act, which generously provides for every consumer to have their credit file frozen or unfrozen for free.

She explained in an op-ed in Fortune, “When your file is frozen, no one can access your data, and the credit reporting agency can’t sell it either… If your file is frozen, hackers who might have stolen your personal information can’t open credit cards or take out loans in your name… The basic idea is simple. Equifax and other credit reporting agencies don’t pay you when they sell your data. You shouldn’t have to pay to stop them from selling it.”

Her bill sounds reasonable and generous, but she obscures the most important and relevant fact: Users can freeze or unfreeze their credit file any time they desire. They just need to pay a modest fee, like the couple of bucks for using an ATM.

Warren seems to expect great crowds to line up behind her candidacy for President for waiving this fee that won’t make or break anybody. If she thinks it is so simple for credit agencies to hire a tribe to keep track of freezes or unfreezes, her bill should just direct consumers to call her Senate staff to freeze or unfreeze their credit (requiring the agencies to act accordingly).

Hence my free tomahawks bill idea. What do you sell in your business? Warren adds in her Fortune op-ed, “The FREE Act also makes fraud alerts longer and prevents the credit reporting agencies from selling the data in your files while they are in effect.” She explains, “Fraud alerts are red alerts in your credit report to alert whoever is looking at it that they should carefully verify your identity.”

Translation to plain English: If you applied for a mortgage and a fraud alert pops up on your account, your mortgage application is shut down, because the agency cannot “sell the date in your files” while the red flag is in effect. Thank you, Senator Warren. Where would we be without you protecting us? Probably in our new home already.

If she wants to help consumers, she should grant us a right of action to sue for defamation over our credit score if it can’t be justified. But like all “progressives,” she is driven instead to wreck the economy.

As Professor James Cochran of the University of Alabama explains, if ubiquitous credit freezes hamper the credit process, less credit can mean less demand for products and services, which drives down prices and profits and potentially leads to increased unemployment. Increased unemployment is the new calling card for progressive economics. See President Obama, and Hillary Clinton and coal miners.

This is why so-called “progressives” lose elections more often than they win them. 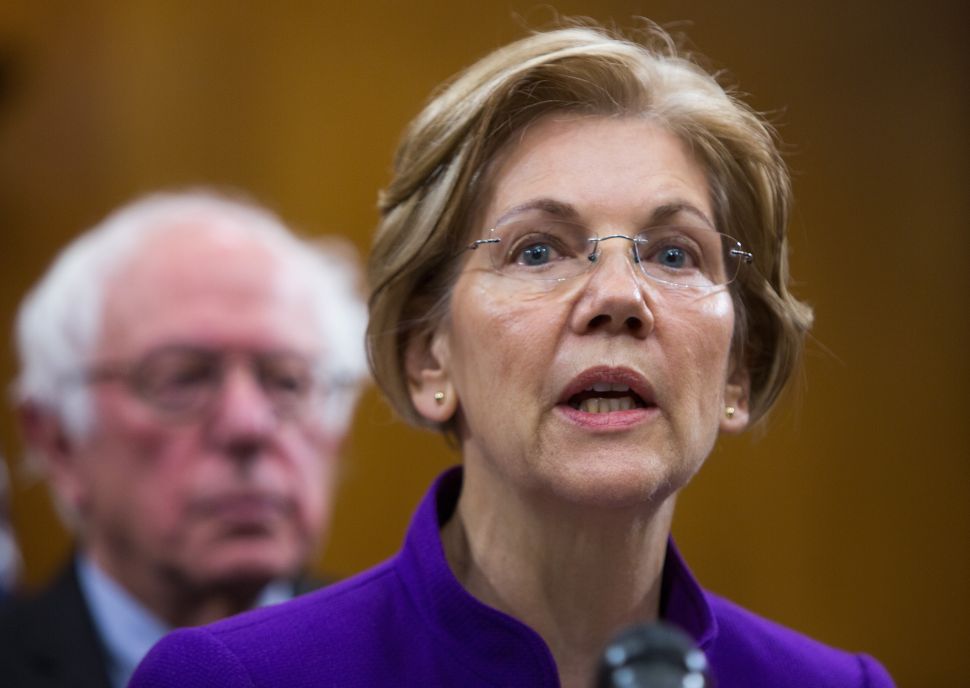