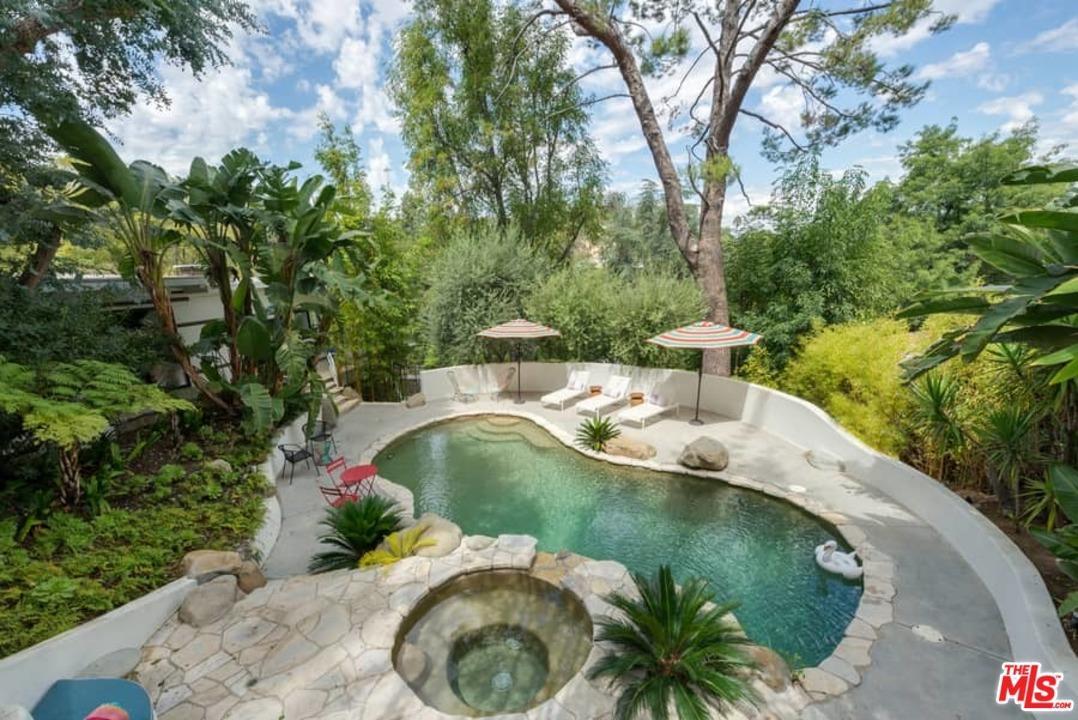 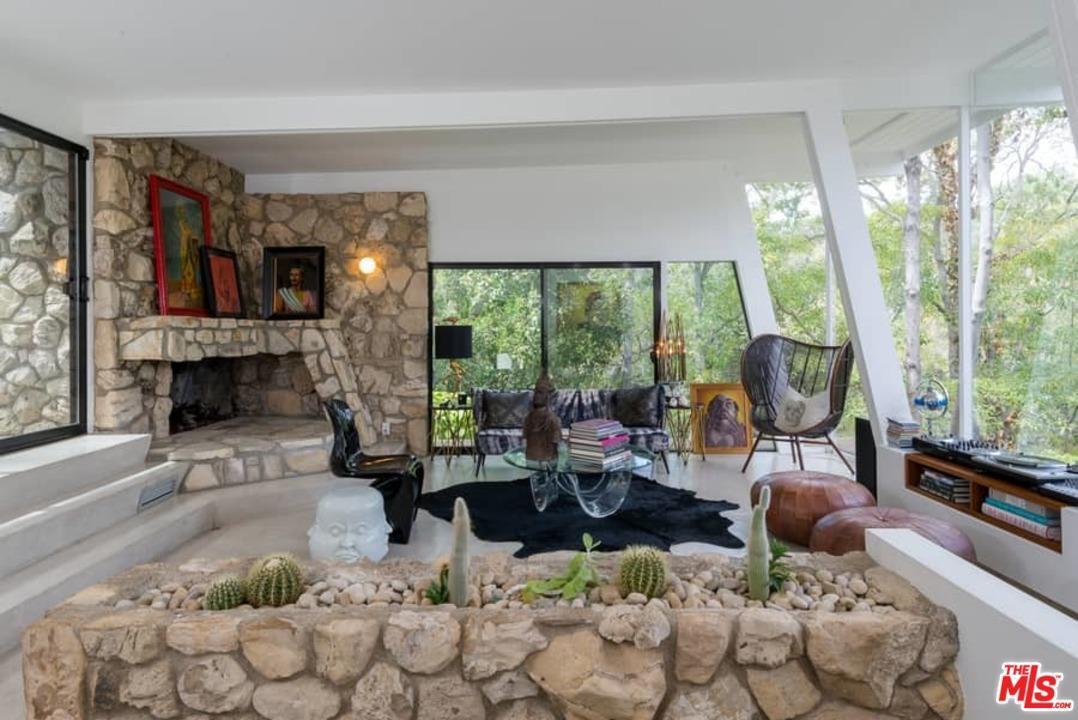 There are stone walls throughout.
Courtesy Compass 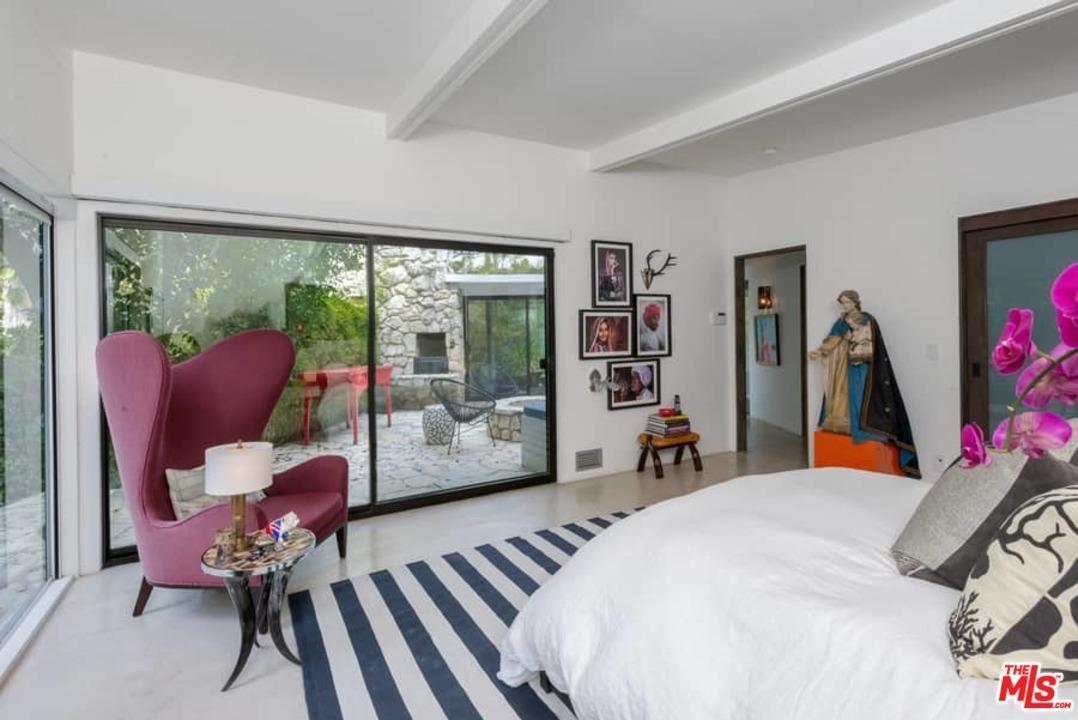 Pompeo and her husband, Chris Ivery, used the home as a rental property.
Courtesy Compass 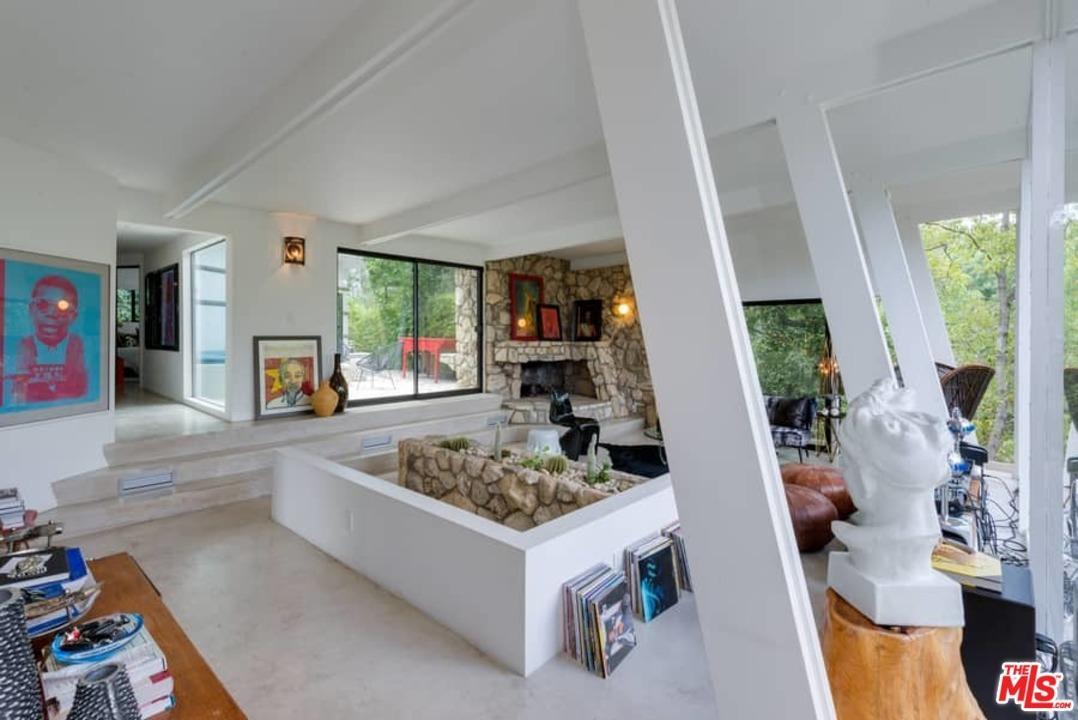 There's a fireplace in the living room.
Courtesy Compass
Advertisement 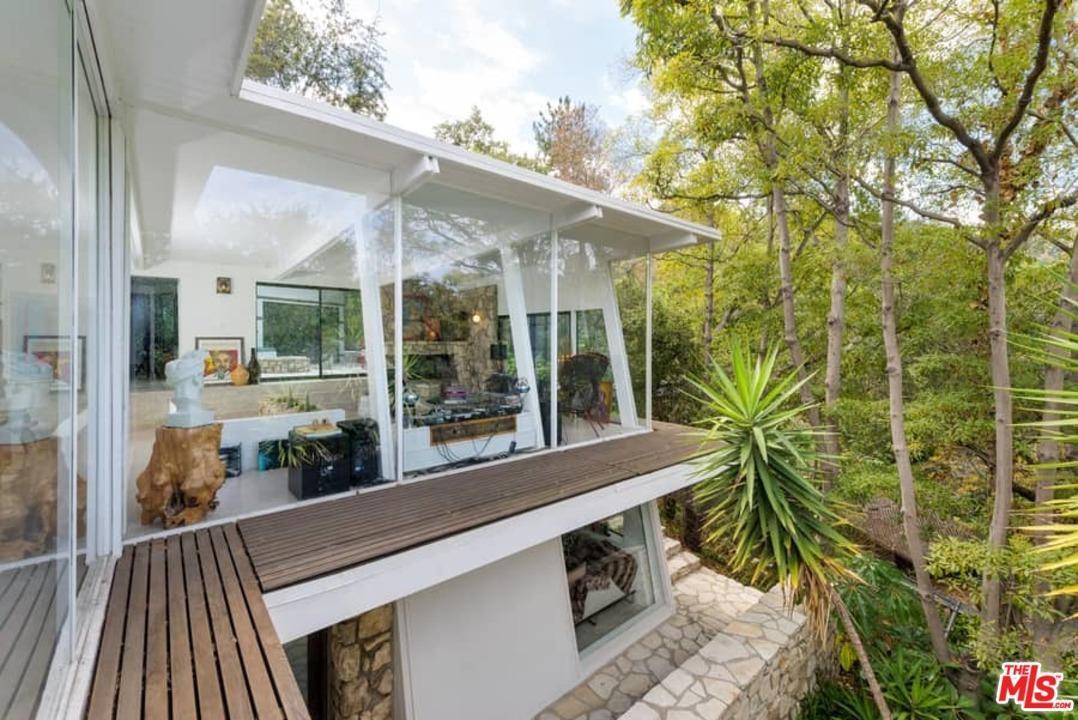 It was built in 1957.
Courtesy Compass 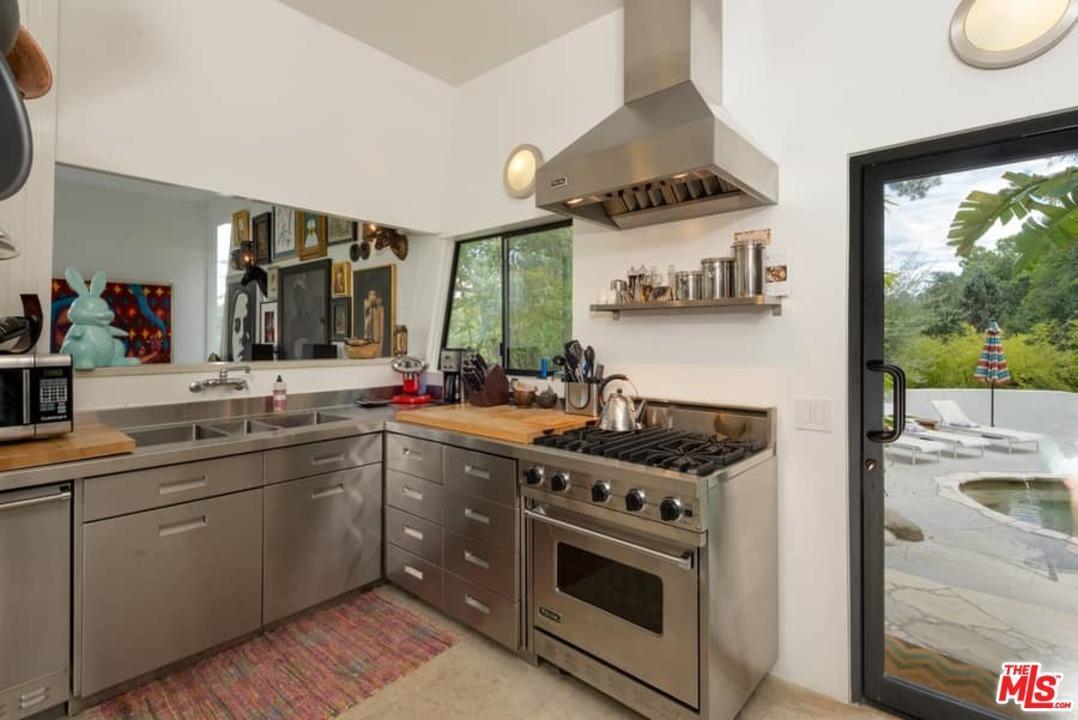 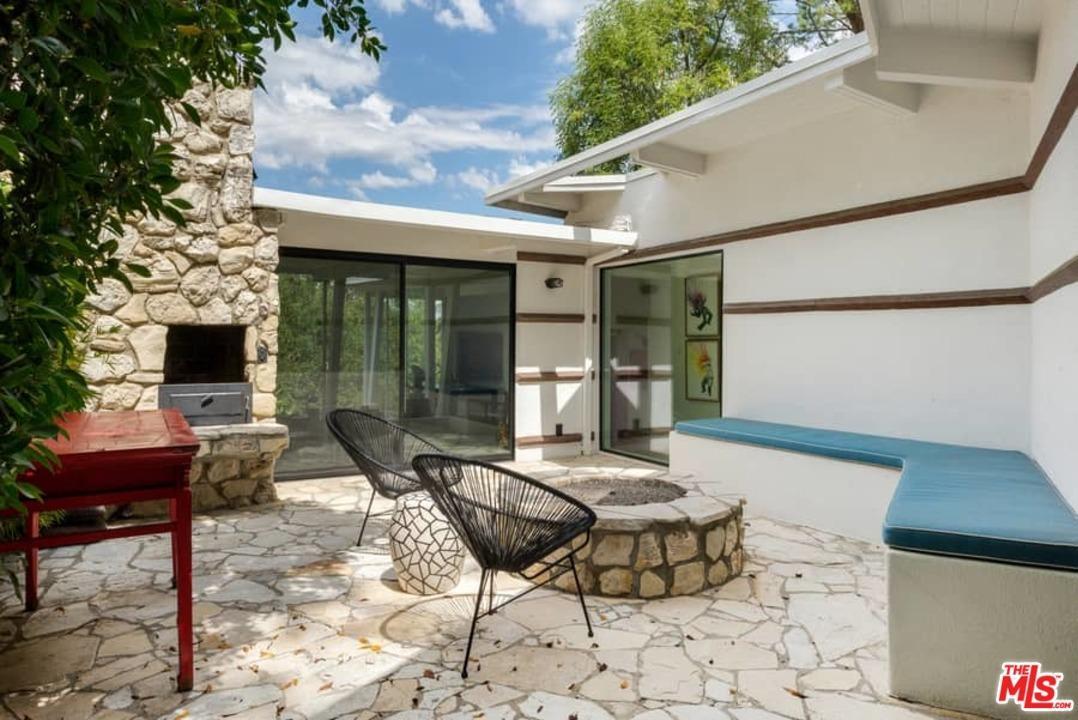 There's a fire pit in the courtyard.
Courtesy Compass
Advertisement 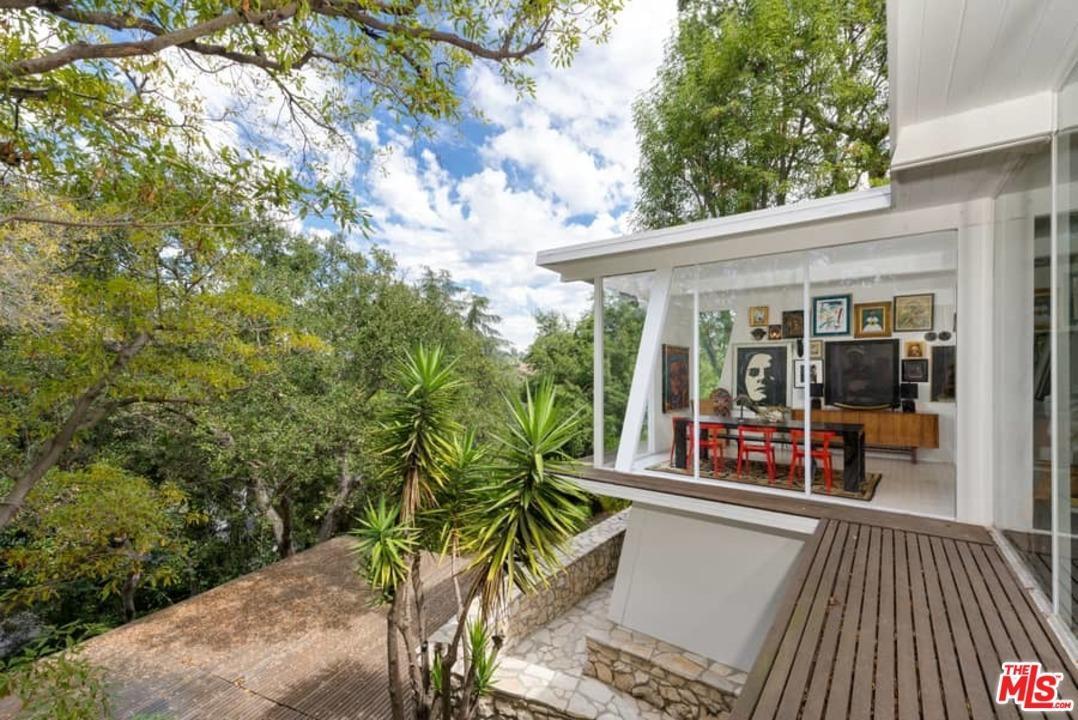 The house sold for over the ask.
Courtesy Compass 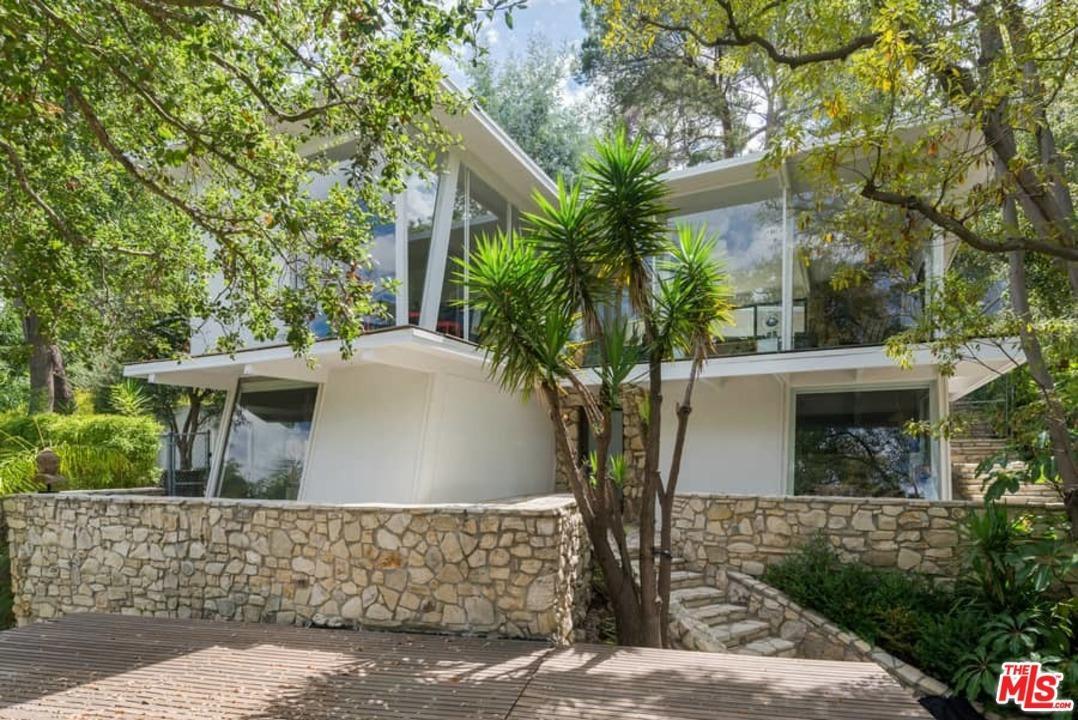 It went for $2.075 million.
Courtesy Compass 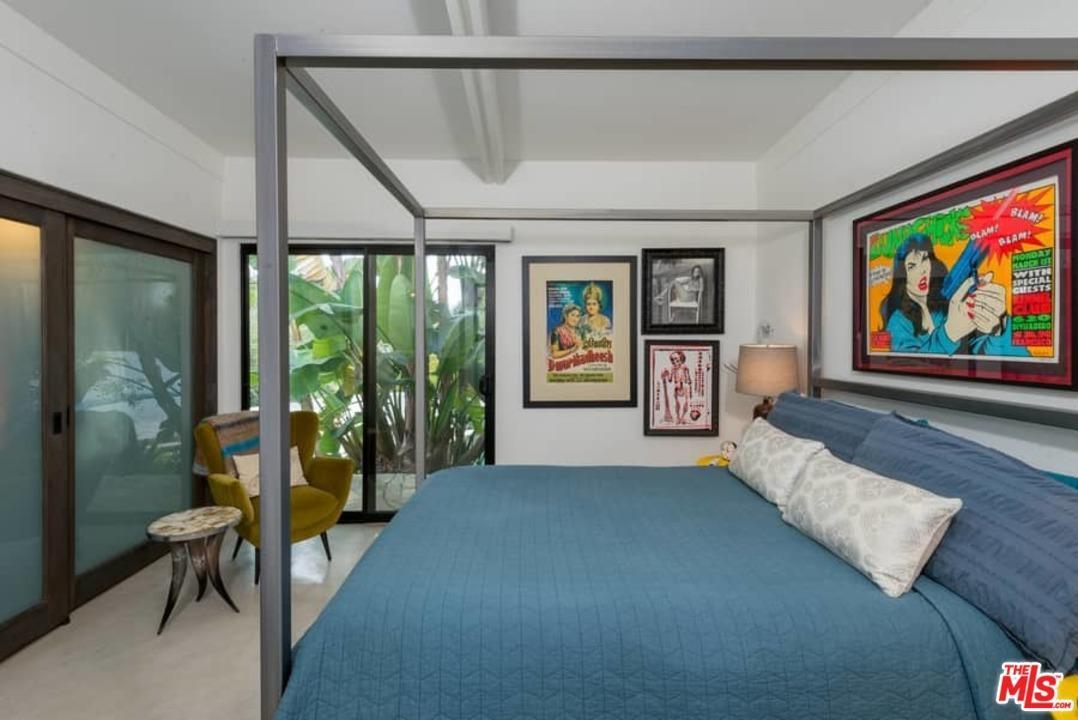 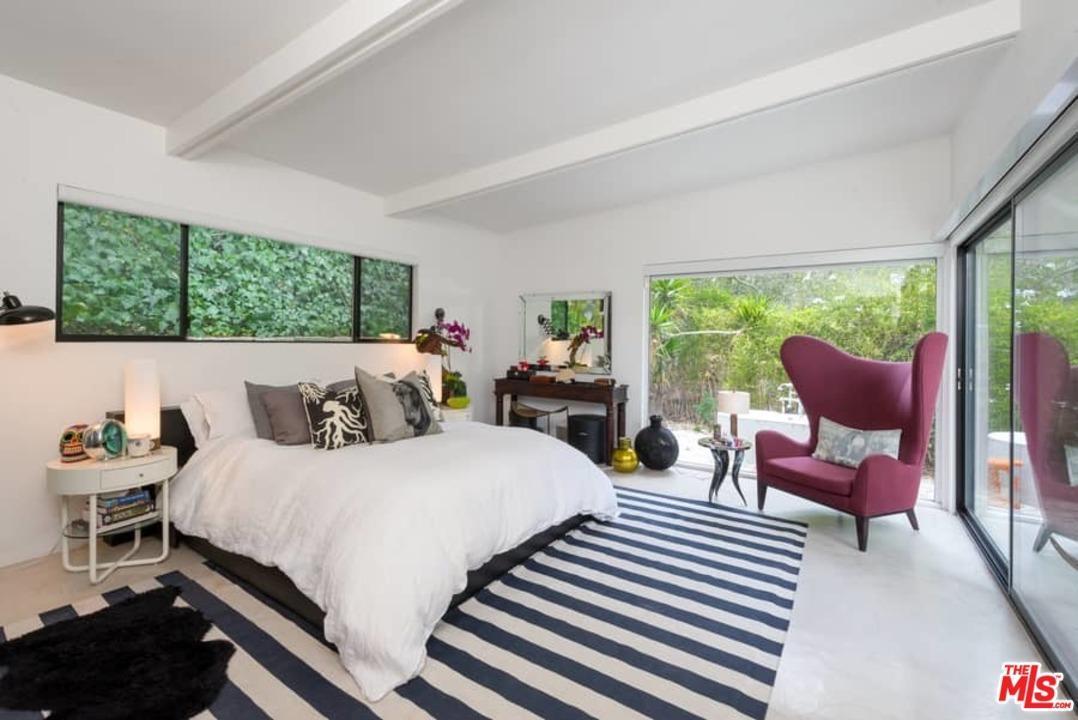 One of the three bedrooms.
Courtesy Compass 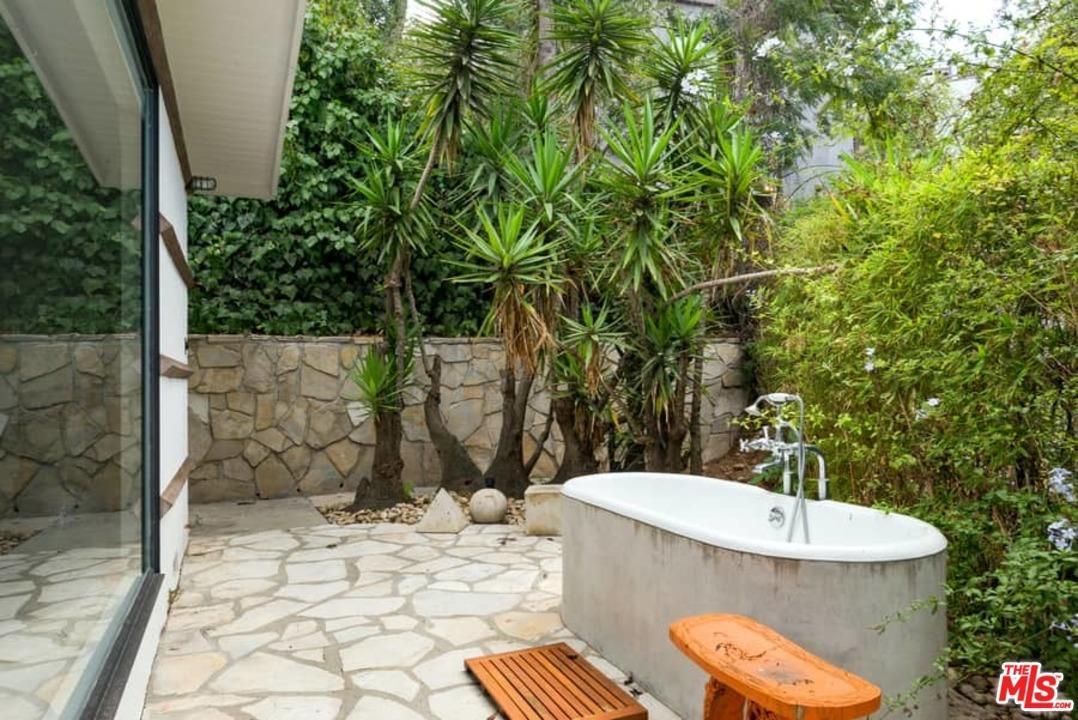 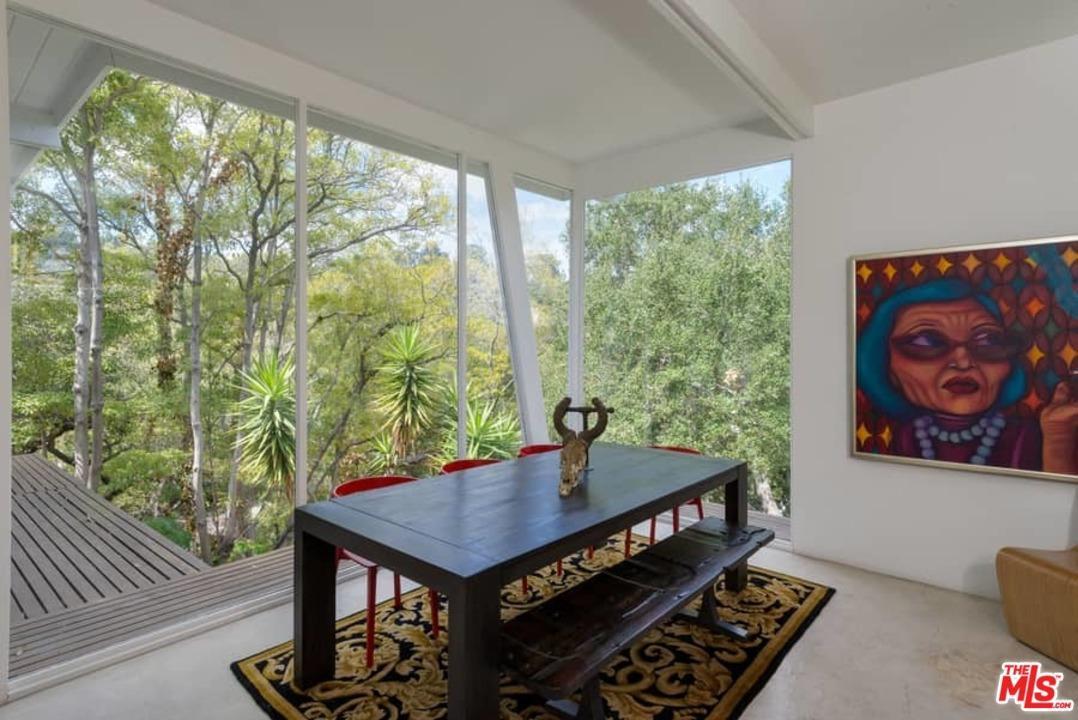 It's one of at least four homes Pompeo owned in California.
Courtesy Compass
Advertisement 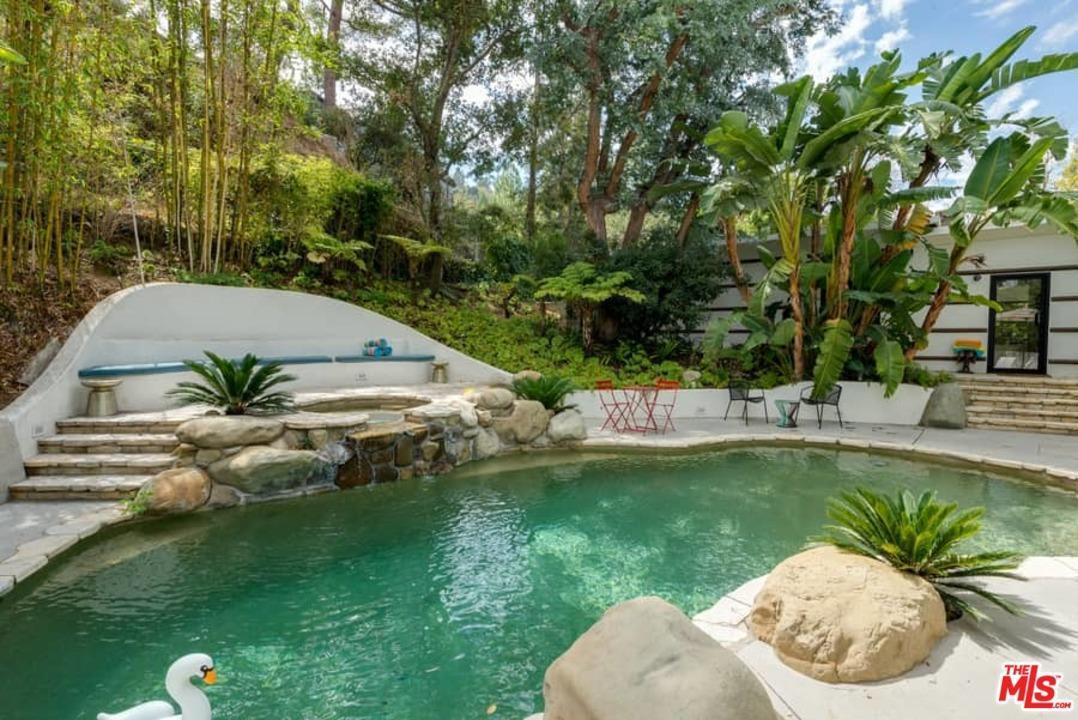 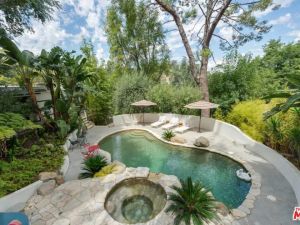 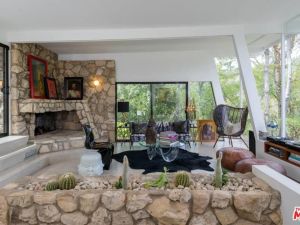 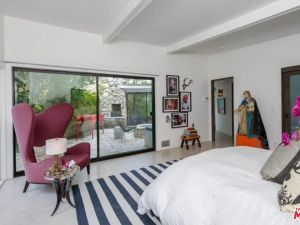 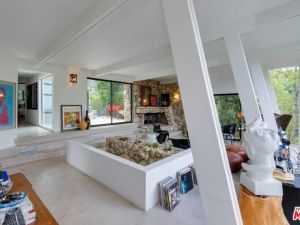 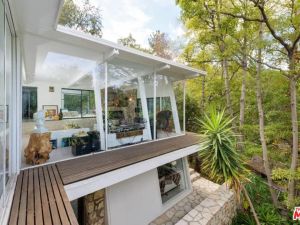 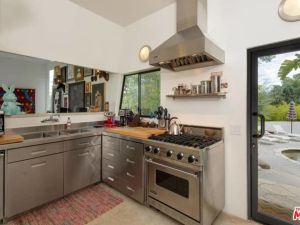 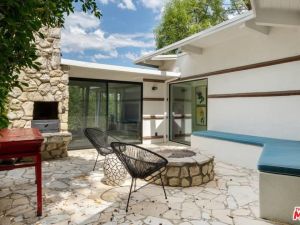 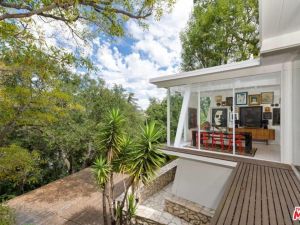 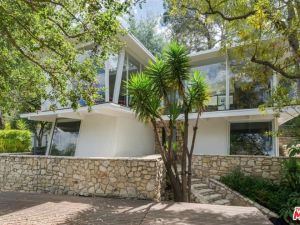 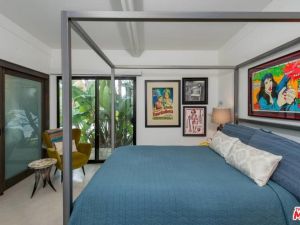 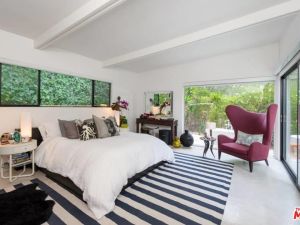 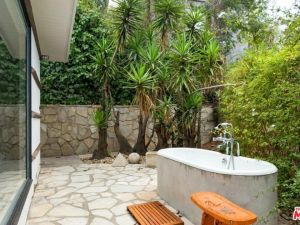 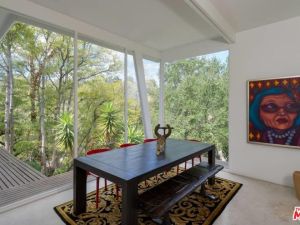 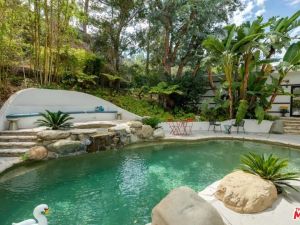 Pompeo, who has portrayed Meredith Grey on the long-running ABC series since 2005, listed the 1,889-square-foot house for $1.995 million in September. However, the buyer doled out $2.08 million for the house, which was designed by architect Harry Greene in 1957.

“My clients weren’t just looking for any old house,” Compass broker Tori Haber, who represented the buyer, told Observer. “When we found this gem, they instantly knew it was their home.”

Pompeo and her husband, Chris Ivery, have owned the three-bedroom, 2.5-bathroom home since April 2008, when they acquired it for $1.23 million. But the couple hasn’t resided in the house for a while—it was an investment property, and was previously rented out for between $6,500 and $7,500 a month.

The split-level residence features concrete floors, an array of stone walls and period elements, per the listing held by Hilton & Hyland broker Brett Laywer, with walls of glass throughout. There’s a stainless steel kitchen, a separate media room and a living room with a fireplace.

The entire property is landscaped with a tropical forest-like array of trees, and the master suite even has a serene outdoor bathtub. Outside, there’s a fire pit in the courtyard, and a resort-like pool and lounge area.

Pompeo and Ivery have amassed quite the collection of homes over the years. First, there’s the couple’s main 16,000-square-foot home in Laughlin Park, for which they paid $3.5 million in 2009, as well as a bungalow in Whitley Heights. To finish off their West Coast portfolio, they scooped up a Malibu getaway in March 2014. They don’t entirely keep to California, though—the pair, who has three children, own an 8.5-acre Sag Harbor abode.