First, rap legend Eminem led the crowd at Reading Festival in a “Fuck Trump” chant back in August. Then he unleashed his fury on the President in a blistering four and a half minute BET Cypher verse. Now, he’s attacking the Commander in Chief in a new song. Please, Marshall, tell us how you really feel.

“Like Home,” a new track featuring Alicia Keys on his album Revival, was released at midnight and features some key lyrics about Trump. Here are a few key lines worth noting:

“Someone get this Aryan a sheet
Time to bury him, so tell him to prepare to get impeached
Everybody on your feet
This is where terrorism and heroism meets, square up in the streets
This chump barely even sleeps
All he does is watch Fox News like a parrot and repeats
While he looks like a canary with a beak
Why you think banned transgenders from the military with a tweet?
He’s tryin’ to divide us
This shit’s like a cult, but like Johnny, he’ll only unite us.”

You can listen to the full song right here.

Eminem has never been one to hide his political ideologies from the front and center spotlight. His songs have always included references to prominent politicians and it’s rare that the rapper ever pulls his punchers, as Trump is discovering. Other lyrics in “Like Home” reference former San Francisco 49ers quarterback Colin Kaepernick, who spearheaded the National Anthem protests last season, the Charlottesville rallies and other hot button issues.

Revival is the artist’s ninth studio album. Its lead single, “Walk on Water,” featuring Beyoncé, was released on November 10. The record is receiving generally positive reviews since it was released this morning. 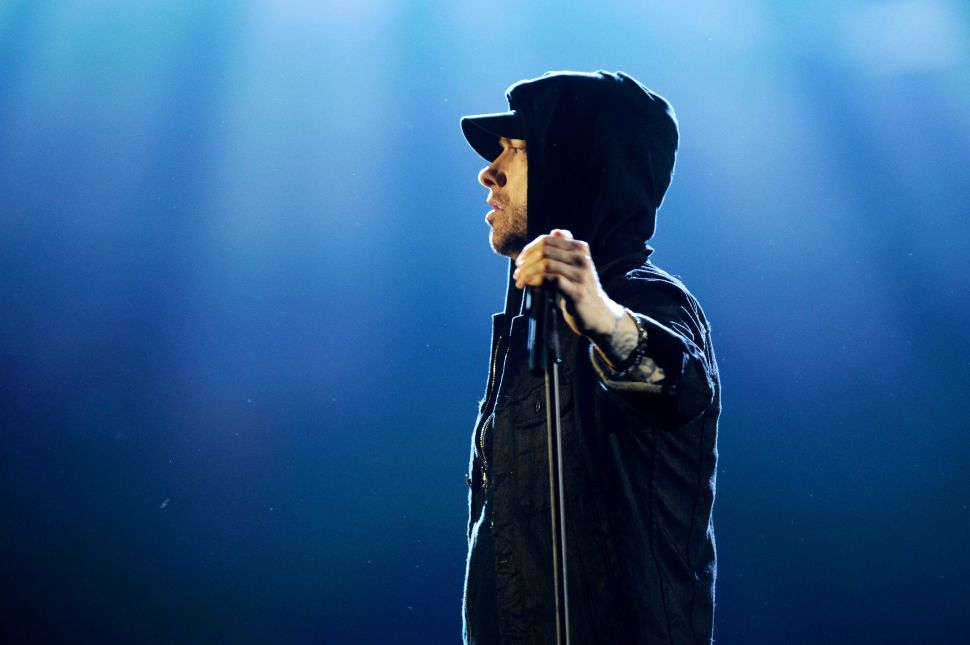