In a shocking move, ESPN President John Skipper announced today that he will step down from his position as a result of substance addiction issues. Former ESPN President and Executive Chairman George Bodenheimer, who was with the network from 1981 to 2014, will step in as Acting Chair for the next 90 days as the transition process gets underway.

Here is the full statement from Skipper, as reported by ESPN.com:

“Today I have resigned from my duties as President of ESPN.

I have had a wonderful career at The Walt Disney Company and am grateful for the many opportunities and friendships. I owe a debt to many, but most profoundly Michael Lynton, George Bodenheimer and Bob Iger.

I have struggled for many years with a substance addiction. I have decided that the most important thing I can do right now is to take care of my problem.

I have disclosed that decision to the company, and we mutually agreed that it was appropriate that I resign. I will always appreciate the human understanding and warmth that Bob displayed here and always.

I come to this public disclosure with embarrassment, trepidation and a feeling of having let others I care about down.

As I deal with this issue and what it means to me and my family, I ask for appropriate privacy and a little understanding.

To my colleagues at ESPN, it has been a privilege. I take great pride in your accomplishments and have complete confidence in your collective ability to continue ESPN’s success.”

Skipper, 61, first joined ESPN in 1997 as senior vice president and general manager of ESPN The Magazine. He was appointed to his current position on January 1, 2012. In November, he and ESPN reached an agreement on a contract extension that would have kept him in his role through 2021.

Disney CEO and Chariman Bob Iger released a statement of his own regarding Skipper’s decision:

“I join John Skipper’s many friends and colleagues across the company in wishing him well during this challenging time. I respect his candor and support his decision to focus on his health and his family. With his departure, George Bodenheimer has agreed to serve as Acting Chair of ESPN for the next 90 days to provide interim leadership, help me identify and secure John’s successor, and ensure a smooth transition. I am grateful for George’s support and look forward to working with him again in this temporary role.”

Bodenheimer, 59, was tapped as ESPN president on November 19, 1998, and held that position through the end of 2011. Since then, he has served as the company’s executive chairman.

ESPN has seen a notable downturn in subscriptions in recent years, leading parent company DIsney to cut costs with a string of massive layoffs. The network has also been experimenting with new content distribution methods to combat declining ratings.

Disney is planning to launch a standalone sports streaming service in 2019 to help with ESPN’s declining business. 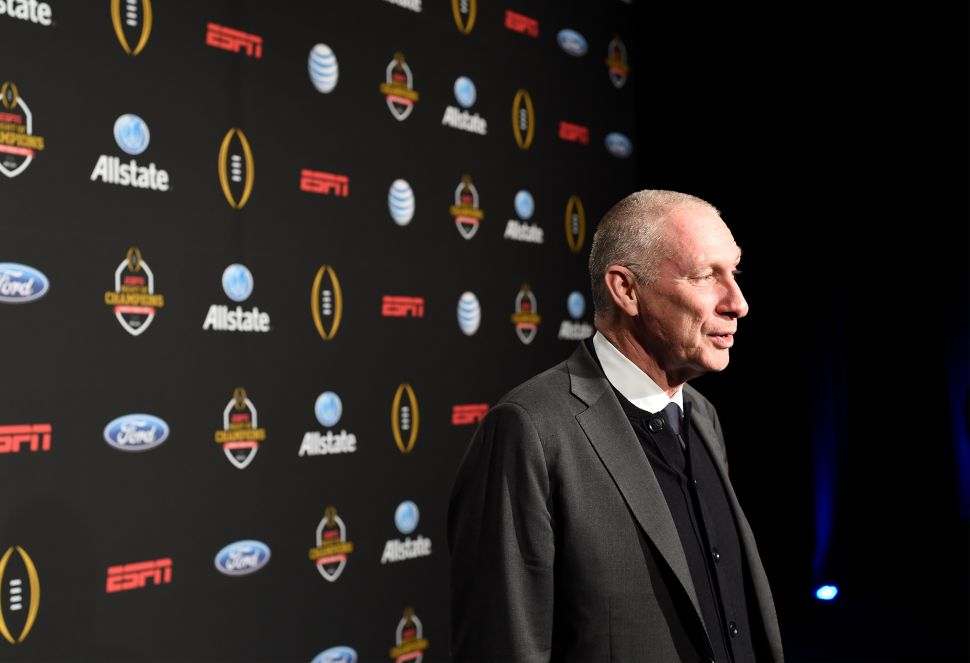