Following Republican success in shepherding a massive overhaul of the U.S. tax system, President Donald Trump is eyeing an infrastructure bill as his administration’s next touchdown. On Friday morning, the president tweeted that he intended to “start working with Democrats in a Bipartisan fashion” to fulfill his long-touted promise of rebuilding United States infrastructure.

“After having foolishly spent $7 trillion in the Middle East, it is time to start rebuilding our country!” Trump wrote.

Other Trump administration officials are echoing the president’s statements towards tackling infrastructure reform.

“You’re going to see this administration move on vigorously to an agenda which will include infrastructure and welfare reform,” Vice President Mike Pence told CBS News shortly after Trump’s statements.

Despite rumors that he tendered a resignation letter this past summer, Trump’s chief economist Gary Cohn also confirmed to Axios on Wednesday that he would stay at the White House, citing upcoming opportunities to pass a major infrastructure bill.

Trump hasn’t been shy about his willingness to work with Democratic leadership if it means loosening some of the cogs that have gridlocked Washington. This past summer, the president brokered an agreement with Senate Minority Leader Chuck Schumer and House Minority Nancy Pelosi to fund relief for Hurricane Harvey. Last week, Schumer and Pelosi met at the White House with Trump, Pence, House Majority Leader Paul Ryan, and Senate Majority Leader Mitch McConnell to discuss avoiding a government shutdown before the holidays.

Infrastructure is long touted as a bipartisan issue, even amid Washington’s polarized political climate. Both Pelosi and Schumer expressed a desire to work with Trump on infrastructure early in 2017. But Democrats have fought Republicans on healthcare and tax reform, and may obstruct other legislation helmed by the GOP.

“Today we have the worst bill of its kind to ever hit the House floor,” lamented House Minority Leader Nancy Pelosi before the House’s revote on tax reform. “Today Republicans take their victory lap for successfully ransacking the middle class to benefit the privileged.”

Despite blockbuster battles over tax reform and healthcare, smaller Democratic coalitions are preparing for infrastructure reform. In early October, the New Democrat Coalition released an infrastructure plan that emphasizes streamlining the construction permitting process, expanding the definition of infrastructure, and fostering partnerships between the private and public sector. With a president who rose to power through construction and real estate, there seems plenty of room for cooperation, but uncertainty over the extent of privatization. 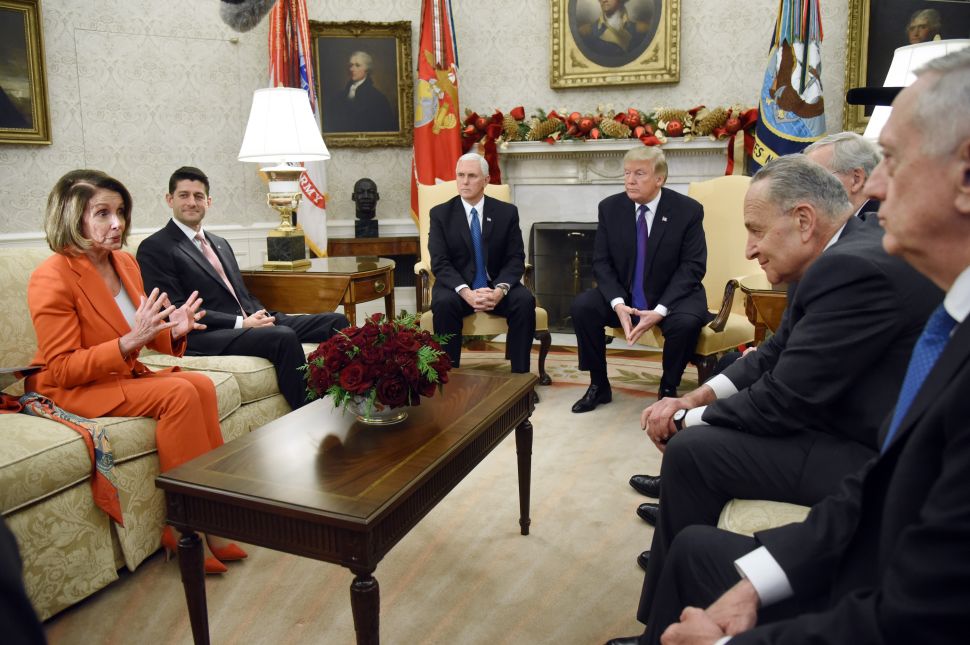