Michael Bloomberg, former New York City mayor and a billionaire investor and businessman, said the latest version of GOP tax bill is “a politically-driven document that amounts to economic malpractice” and that “it’s pure fantasy to think that the tax bill will lead to significantly higher wages and growth, as Republicans have promised.”

In an op-ed published early Friday morning on Bloomberg, the former New York City mayor criticized three areas of the tax reform plan, and explained how those changes will harm education, income equality and infrastructure, and eventually make everyone worse off.

The House and Senate each passed their versions of the tax bill last month and earlier this month. Republicans of the two chambers have been negotiating to reconcile the difference this week.

Education, Bloomberg argued, will be most affected by the limited deductions. “[The bill] will make it harder for the localities to raise money for education. The burden will fall heaviest on cities with poor students, making it harder for millions of children to escape from poverty—and leaving more and more businesses with fewer qualified job applicants,” he wrote.

The corporate tax rate will be lowered to 21 percent from today’s 35 percent. It’s slightly higher than the 20 percent in the passed House and Senate tax bills, which was set to take effect in 2018. The latest Senate bill delayed the cut to 2019.

Bloomberg said that a lower corporate tax rate will worsen wage stagnation and wealth inequality. Instead, he advocates for expanding the earned income tax credit. “[Congress] seems to believe that lower corporate tax rates will magically lead to higher wages, which fundamentally misunderstands how labor markets work,” he wrote.

And yet, Bloomberg personally supports the corporate tax cut, saying the current rate is too high, compared with other nations.

The new tax bill will cut a total of $1.5 trillion in tax over the next decade, increasing the already mounting federal deficit.

Bloomberg argued that the rising deficit will increase the burden of Medicare and Social Security to taxpayers as more baby boomers reach retirement age. “Republicans didn’t grapple with those costs. Instead, they kicked the can down the road,” he wrote.

A rising deficit, coupled with reduced SALT deductions, will also restrict local and federal spendings on infrastructure, an area the U.S. direly needs modernization, he said.

The Joint Committee on Taxation said the cost of tax cut will eventually be offset by a boosting economy. They project the economy to grow at 0.7 percent annually in the next decade, generating a revenue of $430 billion, and, as a result, lowering the real cost of tax cut to around $1 trillion.

Final voting on the tax bill could come next week, and President Donald Trump could sign it into law before Christmas. 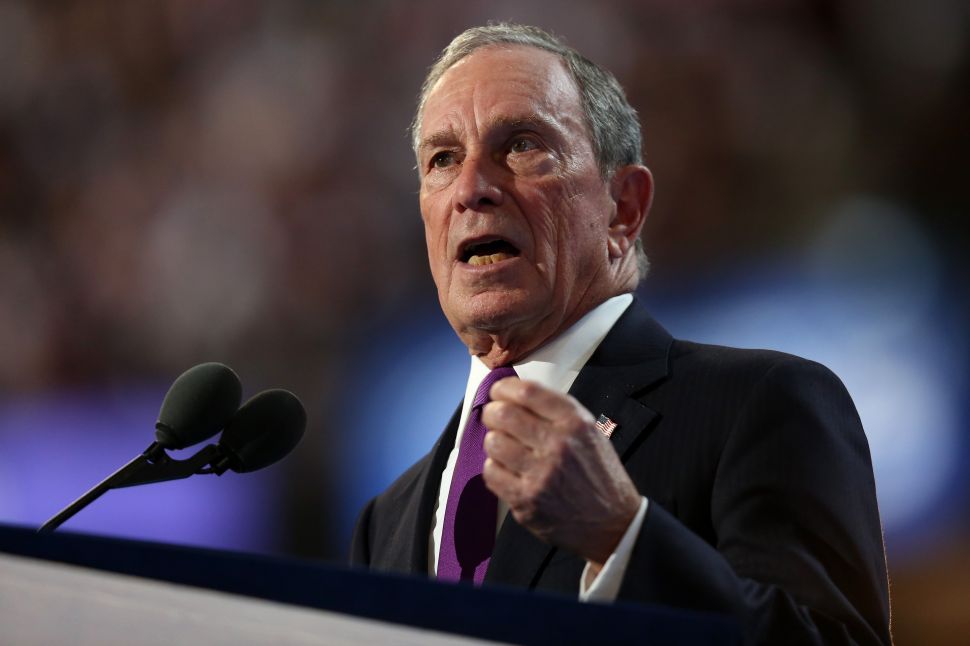