CNN has long reigned supreme on New Year’s Eve where its annual broadcast has routinely taken the ratings crown ahead of Fox News and MSNBC, especially in the advertiser-friendly demo age 25 to 54.

Last year’s broadcast posted 3.04 million total viewers, including 1.29 million in the key demo, according to Ad Week. It was the network’s best ever performance in the key demo. Rival Fox News mustered 2.75 million total viewers and just 734,000 in the 25 to 54 target audience. But this year, Fox News is aiming for the top spot as CNN fired comedian Kathy Griffin from the broadcast earlier this year over an ill-advised Donald Trump prank. She had previously co-hosted the night alongside Anderson Cooper.

Kennedy and Jesse Watters will man the broadcast for Fox this year, the first time the two will host the main event as a duo. Fox News viewers know Kennedy from her eponymous show Kennedy on Fox Business and Watters from his co-hosting gig on The Five and his own weekend show Watters World.

“The plan is to maximize the amazingness for people viewing at home,” Kennedy told TheWrap. “They’ll have something that’s patriotic, that’s lovable, adorable, conversational and alluring.”

Griffin will be replaced this year by Andy Cohen, who some viewers view as a safe and somewhat uninspired choice. To Kennedy, this is just the opportunity Fox needs to leapfrog their rival.

“There’s obviously a great fissure over at CNN and out of desperation they’re throwing Anderson and Andy together,” she said.

“I don’t think that’s going to translate to TV. Jesse and I have this sort of natural chemistry that laboratories have tried to replicate and bottle for decades. Anderson and Andy simply don’t have the same kind of chemistry.”

Last year’s coverage by Fox News was led by Eric Bolling and Kimberly Guilfoyle. Bolling has since left the network amid sexual misconduct allegations against him.

Though CNN may hold the lead in New Year’s broadcast coverage, Fox News still paced all other basic cable news networks in viewership this year. Per Nielsen’s measurements, the channel scored the biggest primetime and total day viewers for the second consecutive year. 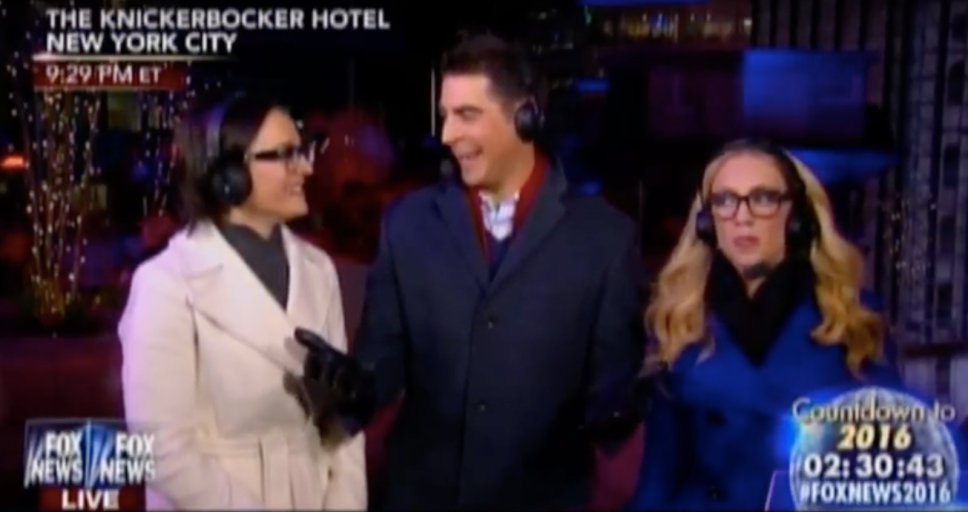