As we head towards the end of the 2017 calendar year, it’s clear that Fox News paces all other basic cable networks in the ratings for the year.

According to TheWrap, Fox News Channel is set to end the year as the No. 1 basic cable channel on television for the second consecutive year. The network led all other competitors in primetime and total day viewers for the year, per Nielsen’s measurements.

Fox News started the year on uncertain footing following the Roger Ailes and Bill O’Reilly sexual harassment scandals. O’Reilly was Fox’s most popular personality with The O’Reilly Factor pulling in the best ratings for the network. But Sean Hannity and Tucker Carlson have proven to be quality replacements. Hannity continues to dominate primetime over the last few months with an average of 3.2 million total viewers. Tucker Carlson Tonight, meanwhile, scored 2.742 million average total daily viewers as the second most-watched cable program. The tandem have done a good job of stabilizing Fox’s primetime lineup in the wake of O’Reilly’s dismissal.

Elsewhere, co-host Sandra Smith has boosted the ratings of America’s Newsroom and Fox has continued to rebuild its roster by signing Tomi Lahren, Sebastian Gorka and others. The network has managed to retool while still staying on top this year. Consistent endorsements from president Donald Trump likely didn’t hurt the bottom line over the last 12 months.

Per the outlet, Fox News averaged 2.422 million total viewers from Monday to Sunday and counting the 8 p.m. to 11 p.m. hours. ESPN came in second place with 1.921 million viewers. In terms of the total day measurement (6 a.m. to 6 a.m.), FNC lead the way with a 1.501 million viewer-average, a sizeable chunk more than No. 2 Nickelodeon’s 1.123 million. However, FNC placed just No. 6 in the advertiser-friendly 25 to 54 demographic behind ESPN, TBS, TNT and Discovery.

Still, Fox boasts a considerable lead on its competition. CNN hauled in 1.06 million total viewers overall and just 370,000 in the key demo. That marks dips of 15 percent and 13 percent, respectively, according to TheWrap. MSNBC took third-place with 1.624 million overall and 370,000 in the 25 to 54 demo. Unlike CNN, however, those numbers represented jumps of 50 percent and 37 percent. Perhaps Morning Joe‘s war of words with Trump is goosing the ratings a bit. 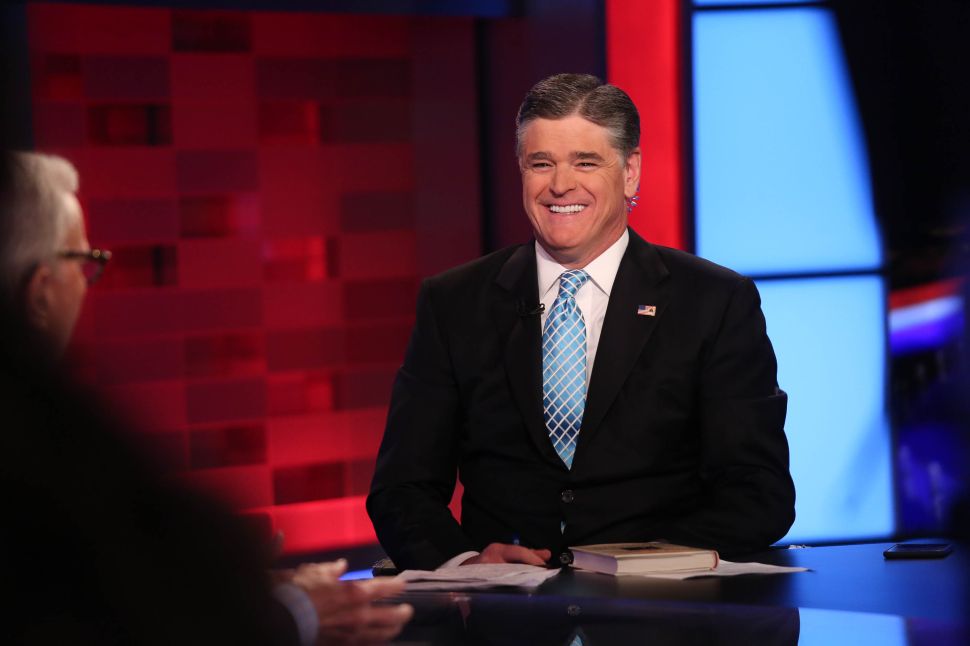