Game of Thrones is coming to an end. Though “it is known,” as they might say in Westeros, it doesn’t sting any less. The show’s final six episodes will likely not arrive until 2019, drawing out the final run for at least another year. While HBO is developing as many as five unrelated GoT spinoffs, the show as we know it will be over forever.

“When it comes to a conclusion, this is the end,” Bran Stark himself, Isaac Hempstead Wright, told The Hollywood Reporter. “Nothing more is coming, and the certainty of it being over will definitely bother people.”

Though we got a loose sense of the cast’s reaction to the final season, we still don’t know very much about it. Obviously, Wright did not offer any spoilers in his interview—the three-eyed raven is far too crafty for that—but he did confirm that showrunners David Benioff and D.B. Weiss have been mapping out an end game for quite some time.

“It’s so critical that they didn’t decide to just stretch this out for another ten episodes to make more money from it. The people making Game of Thrones are acutely aware of how they want this story to go. It’s not like they don’t have a big plan and need to bide their time with a few extra episodes. They know exactly how they want this to end. I think even from season five, they knew where the story was going. Therefore, we were able to really concentrate on the storyline far more than we had in previous seasons. In previous seasons, there were so many different organs in this living, breathing thing that is Game of Thrones that are existing all over the place, and season seven meant we could get rid of the deadwood in the story — not that there is any deadwood in the story, but we could focus on what was important now in telling the ending.”

As we left things at the end of season seven, Bran was at Winterfell with Arya and Sansa and Littlefinger had just been killed. Elsewhere, Jon Snow, Tyrion and Daenerys arrived in King’s Landing to convince Cersei of the White Walker threat. While she pledged her service to their joint cause, she later revealed that it was all just a ruse, causing Jaime to abandon her and head north to help in the fight against the Night King.

If that sounds like a lot, it’s because it is, and we didn’t even touch on important subplots such as Jon’s true lineage and how it impacts his relationship with Dany. How will Game of Thrones wrap up so many crucial storylines in just six episodes? We’re afraid to ask because we’re worried it won’t all come together. But one thing is for sure, according to Wright, it’s going to be an explosive final run.

“When it actually finishes, it’s going to hit hard,” he said. 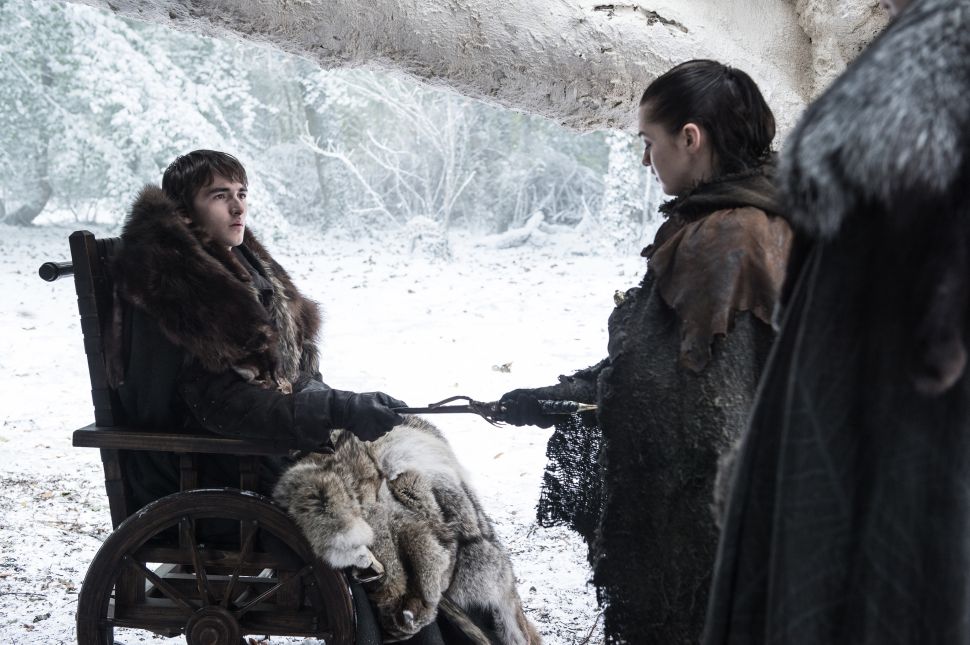