The entire world is gearing up for the eighth and final season of HBO’s Game of Thrones. Fans are pouring over set photos looking for any and all clues, the network is handing out enormous budgets and we’re all just generally excited even if the wait stretches until 2019. Expectations are high and based on Sophie Turner’s recent comments, they have every right to be.

Turner recently told Entertainment Weekly about the cast’s reaction to the finale script and it sounds as if fans are in store for quite a wild ride.

“We had the read-through a while ago and at the end of it, we were all on our feet, applauding and crying. We had everyone there, everyone who’s had any part in this. It was amazing. We closed the blinds and shut ourselves off from the rest of the world and had six hours in this room just reading it through and crying and laughing. We had our emotional bit and then we thought, ‘Well now we’ve got eight months. We’ve still got a while to get through!

Tears, applause, joy, sorrow. It seems as if emotions were running high after this read-through. That intense reaction bodes well for the final season’s quality. While season seven was a thrilling ride at times, its flaws kept it from our top 10 best TV shows list for 2017. We’re hoping Game of Thrones goes out on a higher note than that. Just please don’t kill Tyrion.

Sobbing is pretty par the course for GoT at this point, with major characters dying nearly every season and emotional moments pulling strongly on our heart strings. However, Turner did not clarify whether the cast’s tears were ones of joy or sadness, leaving the door open for a bit of both. After all, A Song of Ice & Fire author George R.R. Martin has said that the ending of his book series will be “bittersweet.” Unfortunately, it doesn’t sound as if we can expect the next book, The Winds of Winter, anytime soon to help give us an idea what that ending will entail. But Turner did admit that not everyone may like the final season.

“It almost puts all of our minds to rest, just knowing the ending and being happy with that, no matter if anyone likes it or not,” she told The Hollywood Reporter. “For the people, when they watch it, I hope there’s going to be some satisfaction in that it’s come to an end and that’s how it goes. There will be some people who are disappointed, I’m sure, because they will want certain people to end up in certain places.”

Game of Thrones is not expected to return to HBO until sometime in 2019. 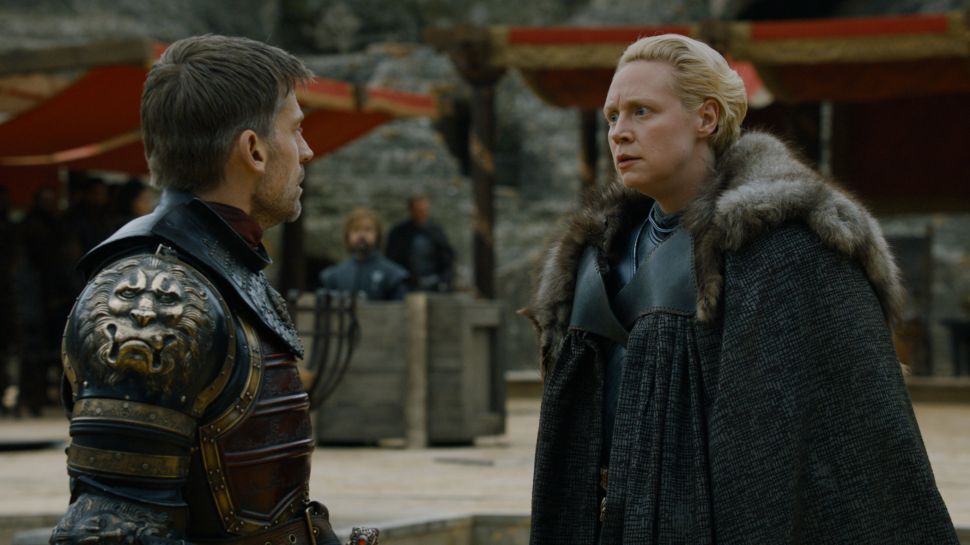