Eric Schmidt, former Google CEO and chairman of Google’s parent company Alphabet, is shedding off all executive duties at the company after 17 years of service to focus on philanthropy and science, Alphabet announced in a press release late Thursday.

Schmidt will remain on the company’s board as serve in an advisory capacity. Alphabet said the company will likely appoint a non-executive chairman for the board.

“The Alphabet structure is working well, and Google and the Other Bets (Alphabet’s other subsidiaries, including Nest, Google Fiber and Verily) are thriving. In recent years, I’ve been spending a lot of my time on science and technology issues, and philanthropy, and I plan to expand that work,” Schmidt said in a statement.

He is likely referring to Schmidt Family Foundation, a charity he and his wife, Wendy Schmidt, founded in 2006. The foundation manages $400 million in funds according to its latest financial report, and primarily contributes toward research in science, energy and sustainability.

Schmidt earned his reputation in Silicon Valley in the 1990s for leading expansions at software companies Sun Microsystems and Novell. He joined Google in 2001 as the then-startup’s second CEO following co-founder Larry Page. Schmidt took Google public in 2004.

In January 2011, Schmidt stepped down from the CEO position to become the company’s board chairman. In the same year, Google became a main target of a massive anti-trust class action lawsuit when a hiring conspiracy among Silicon Valley’s tech giants was exposed.

More than 60,000 tech workers sued Google, Apple, Intel and Adobe Systems for intentionally not hiring from each other in an effort to keep salaries down. Citing court filings, the Chicago Tribune reported that Schmidt had fired a Google recruiter for poaching an employee at Apple (where Schmidt had been a board member from 2006 to 2009). He also instructed employees to share Google’s “no-call list” only verbally so as to not leave any paper trail.

The case was settled in 2015 with the four companies paying $415 million in damages. On average, each class member received $5,770, Fortune reported.

In October 2015, Google was restructured into Alphabet, and Schmidt was appointed chairman of the new company. 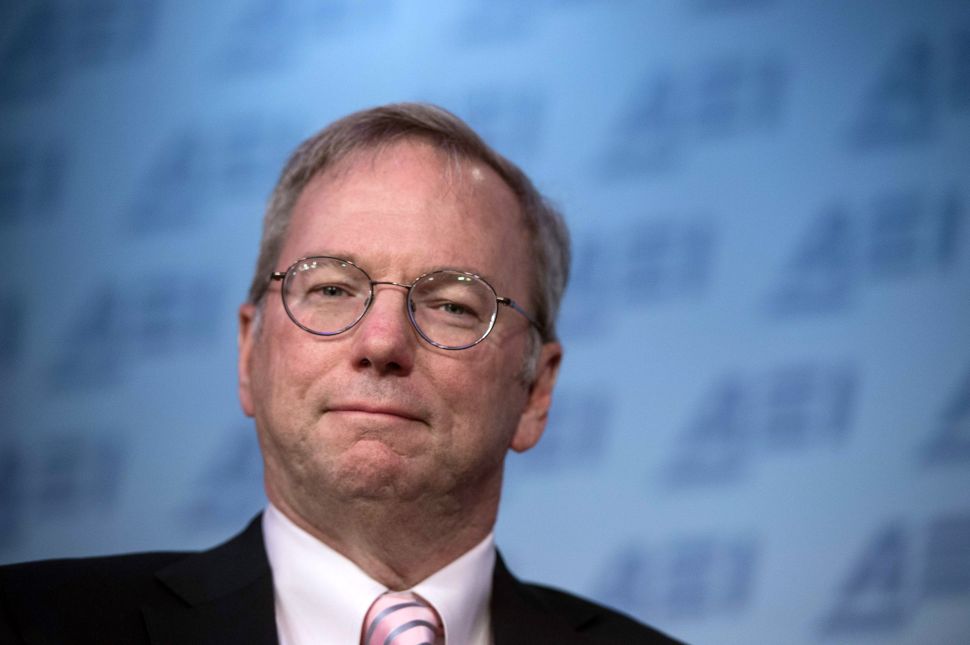