My experiences in life tell me that government prosecutors need a lobbying ban. I should know because I am a former lobbyist who ended up on the wrong end of a prosecution. I understand the strong reasons why government officials should not be allowed to trade off access to decision makers in our justice system for cash.

The best thing about having worked for Jack Abramoff, being prosecuted, and thus going through the U.S. Justice system is that I will never have to lobby again. For me, it was a painful, repetitious, and unhealthy rat race. Everybody likes to beat up on lobbyists, from reporters to political interest groups to politicians who need them to fund their campaigns. However, despite all the negatives, lobbying is necessary because Congress doesn’t know as much as they think they do, and without outside expertise they would royally screw up something as simple as naming a Post Office. Even if you hate lobbyists with the passion of 1,000 suns, lobbying is necessary and, most importantly, protected by the First Amendment.

Despite that the right to petition the government is included in arguably the most important constitutional amendment, Congress and the administration have instituted reporting requirements like Lobbying Disclosure Act (“LDAs”), Foreign Agent Registration Act (“FARA”) and waiting periods (commonly referred to as “lobbying bans”) for senior members of the House, Senate and administration. President Trump issued an executive order at the beginning of his presidency that beefed-up existing post-government employment, preventing officials from lobbying the agency they worked in for five years after they leave.

We can argue about the merits, effectiveness and needed tweaks of the above all day long, but one thing has vexed me since working through my legal situation, and it is this: Why aren’t Department of Justice lawyers (among many other agency lawyers) subject to a lobbying-like ban for representing clients before the U.S. legal or regulatory system for five years?

When you are under attack from the Justice Department you learn one thing quickly: The big law firm defense teams and Justice prosecutors are a club. It’s a quieter club than the often rowdy Capitol Hill/lobbying crowds that hit fundraising events and D.C.’s finer restaurants, but make no mistake, they are as thick as thieves. It shocks me that the highly profitable legal revolving door has never been truly examined by the national media, Congress and the president.

Look at any of the websites of major firms in D.C. Not only are they littered with former DoJ (among other agencies) officials, they actively advertise those connections. For crying out loud, Obama administration Attorney General Eric Holder returned to his old firm Covington & Burling after his stint ended. It was regular -cooler talk to speculate where he was going to go when it was clear he was going to leave government service. Wouldn’t you like to know his billable rate, clients and contacts with the administration? I know I would.

Another example is Special Prosecutor Robert Mueller and his gaggle of temporary government employees. Many on Mueller’s team have shifted in and out of government service and have parlayed it into profitable, high profile jobs on K Street, most notably Wilmer Hale, Mueller’s alma mater. It doesn’t surprise me that Mueller chose these people. While I have always been critical of special prosecutors, independent counsels, select committees, agency czars and the like, choosing to partner with former colleagues—as long as they aren’t overtly partisan if we are talking about a political legal case—doesn’t bother me because he obviously trusts and likes them. That’s critical in any endeavor.

But let’s be honest. It’s highly likely these individuals will try to reinsert themselves back into the DoJ largess. Creating new contacts among career prosecutors, FBI agents and judges makes smart business sense. People are far more likely to take your call from the outside if you have a relationship with them. That’s lobbying 101 whether you call yourself a lobbyist or not.

Additionally, while these individuals were relatively well known in the legal community, working for a special prosecutor increases their profile and cache—and they and their old firms know it. When this investigation ultimately concludes, these individuals will get offered book deals, speaking gigs, TV contributor contracts and hefty raises from their old firms, which know that what they just worked on is extremely marketable for growing their legal practices.

That gets to my point: Why are former administration employees who want to lobby barred from contacting their former agency for five years?  Why are the bans for employees in the House of Representatives and Senate one or two years depending on the level of pay? Why should prosecutors, lawyers and law enforcement officers who leave and now bring in truckloads of new legal billable hours and/or consulting clients because of their experience and relationships be able to represent individuals and corporate clients in front of the Justice Department? How is that not exactly the same as someone who wants to lobby?

Trump should immediately expand his lobbying ban to include government lawyers across all agencies, but most importantly, the Department of Justice. Because these individuals have the ability to take someone’s freedom, levy crippling fines, or worse, they should be barred from using cozy relationships developed over years of government service to build a book of business. I have no problem with people leaving government service to make more money, but a cooling off period is justified and should happen immediately. If Trump doesn’t expand his executive order, Capitol Hill must right this wrong to level the playing field by minimizing relationship conflicts and prohibiting individuals from using former government titles and contacts to enrich themselves and their clients simply because they call themselves “attorneys” and not “lobbyists.” 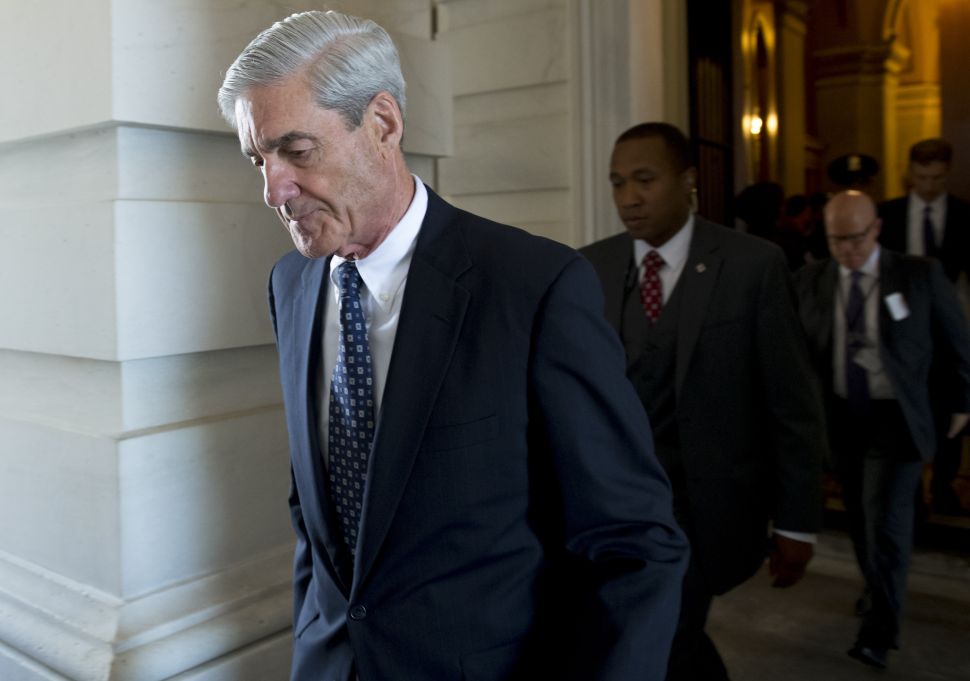