Actress Paz de la Huerta told the police Weinstein raped her twice in Tribeca in 2010. Last month, NYPD Chief of Detectives Bob Boyce said de la Huerta “put forth a credible and detailed narrative to us.” The Police Department was in the process of collecting evidence.

At a press conference on crime statistics for November, Boyce maintained the investigation has continued.

“I have two detectives in L.A. right now,” he said on Monday. “I’ve sent them to Paris. I’ve sent them pretty much around the world. So this case is an active case. We’re gonna keep going forward.”

Boyce insisted he is in weekly contact with Manhattan District Attorney Cyrus Vance and his personnel, speaking with one of them on Monday morning.

“That case, I’m promised, so far, is still going forward—I’m not promised, we talked about it,” he continued. “It’s going forward. Right now as we speak, there’s been no determination of where it’s gonna go or what timeline has been done as far as when it’s gonna go to grand jury.”

Attorneys for de la Huerta and Weinstein did not respond to Observer’s requests for comment.

On Sunday, the Metropolitan Opera suspended James Levine, its conductor and former music director, after three men accused him of sexually abusing them when they were teenagers. When asked whether any victims have contacted the police in those cases, Boyce only pointed to the Weinstein case.

“Right now, we’ll keep a close eye on that,” Boyce added. “No one has come forward in any of the recent high-profile cases, other than Harvey Weinstein. That’s the only one that persons have come forward as victims, is the Weinstein case. That’s all I have right now. None others.”

Rape is down 2 percent year to date through Nov. 30, according to the NYPD. But the Police Department reported a 16 percent increase in the number of rapes for the month of November—from 96 last year to 111 this year.

Dermot Shea, head of the NYPD’s crime strategies, noted the Police Department finished August with a 7 percent decrease in rapes for the year. In September, the number of rapes rose by four but for October and November, the city has seen double digit increases—percentage-wise—in rapes.

“That coincides with a lot of the news media coverage of late,” Shea acknowledged. “Very difficult to say the role that plays in it but that is two months in a row of double-digit increases.”

Police Commissioner James O’Neill said 285 rapes were reported in 2017, compared to 255 last year—an increase of 30 cases. Those are old cases that happened outside of 2017.

When asked whether the Detective Squad is getting the sense that survivors have more confidence that they will be believed now given recent news coverage, O’Neill told reporters he hopes “that’s the case.”

“This—we point to certain statistics and we wonder whether if that’s what it is, we can’t say it,” O’Neill said. “But it certainly merits discussion, these numbers and people coming forward. And that’s what we want them to have.”

O’Neill described the increase in people reporting rape as “good news” and hopes they “find resolution.” He attributed the shift to Boyce adding more people to the NYPD’s Special Victims Division and the neighborhood policing initiative that pairs officers with neighborhoods. Each reported rape is fully investigated by Special Victims, he said.

This story has been updated to include a comment from Manhattan District Attorney Cyrus Vance’s office. 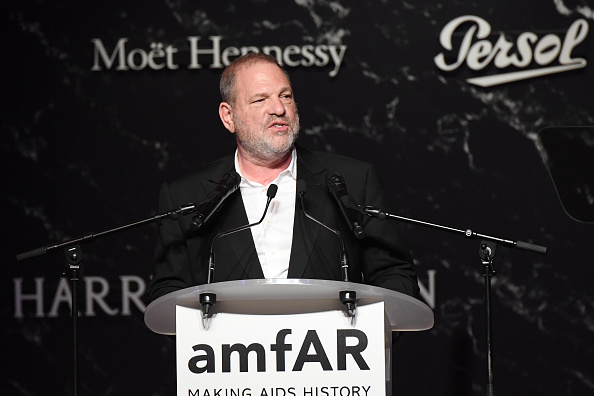